In the original Star Trek TV series the three main characters were undeniably Captain James T. Kirk (William Shatner), Mr. Spock (the recently passed Leonard Nimoy) and Dr. Leonard "Bones" McCoy (the late DeForest Kelley). The dynamic between the trio, while professional, was laden with sarcastic quips and a faint air of prank-manship. This friendly and open dynamic between the leading characters no doubt was key to the series ultimate success among fans, and is a formula the makers of the franchise have attempted to recreate since, with varying degrees of success. 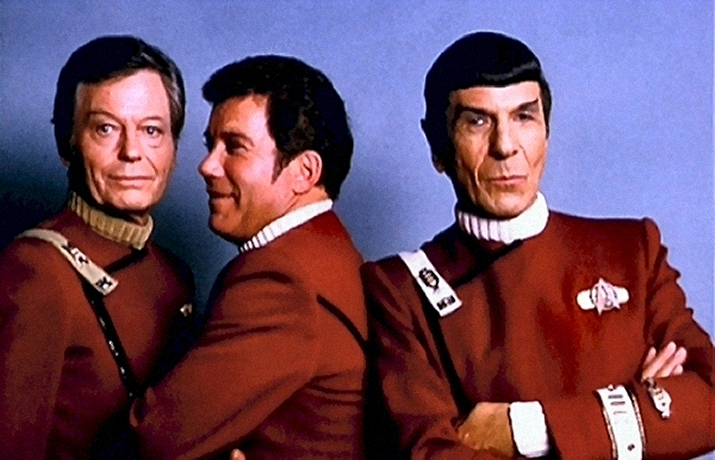 In the previous two reboot movies, Star Trek and Into Darkness, we have seen glimpses of this triangular friendship with Chris Pine's Kirk and Karl Urban's McCoy medical misdaventures and the constant clashes between Pine and his co-star Zachary Quinto's Spock, but we have seen very little of the friendship between McCoy and Spock. Thankfully, it seems director Justin Lin is keen to address this as Quinto stated in a recent interview, while promoting his latest movie Hitman: Agent 47...

"Those characters are so diametrically opposed that it’ll be nice to see them interacting."

"Invariably there’s going to be a different vibe when you remove someone as gregarious and outgoing and talented as J.J., but Justin has come in with this really interesting and confident energy that’s a little bit more reserved and a little bit quieter, but also very powerful and really sure-handed. He knows exactly what he wants this movie to look like and that’s really exciting."

0 Fan responses to Star Trek Beyond will explore dynamic between Spock and McCoy!