Recently, casting rumors have surfaced providing hype around Liam Hemsworth (The Hunger Games) as the Red Ranger. This was followed by a laundry list of A-list names dropped in the rumor mill, including Michael Fassbender and Liam Nesson. It's unlikely there's a lot of truth to these rumors-- Considering there's no script it's impossible to know what characters will be in it or to what end. This leads us to what has been confirmed.

Robert Orci (Transformers, Star Trek) has been tapped as the executive producer and story writer for the Power Rangers reboot. Meanwhile, Ashley Edward Miller and Zack Stentz (X-Men: First Class, Thor) have been agreed to write the story's screenplay.

Franchise creator Haim Saban will produce along with Brian Casentini and Allison Shearmur. (Shearmur was previously the producer for The Hunger Games, adding minor credence to the Hemsworth rumors.) 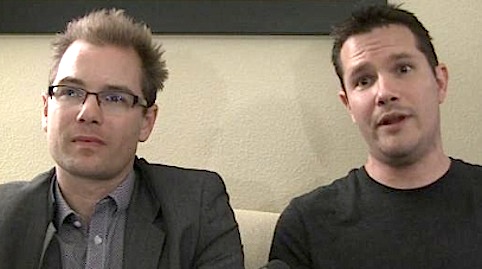 Much negativity has surrounded Orci's involvement. Although Fringe, Mission: Impossible III and the Star Trek movies get high marks, Orci's track record does seem to be diminishing. Transformers had obvious success, but the less said about its legacy the better. Cowboys & Aliens was a stinker and it seems he left The Amazing Spider-Man franchise due to poor critical reception. However, Orci is merely the story writer and, currently, too engrained in Star Trek 3 to give Power Rangers his full attention. His involvement may simply be to find some direction and let Miller and Stentz take over.

Ashley Edward Miller is the light in the darkness on this project. His work on Terminator: The Sarah Connor Chronicles is what elevated the series from a cheap cash-in to outstanding science fiction. He and his partner, Zack Stentz, wrote one of the finest X-Men films and successfully launched Thor into the Marvel Cinematic Universe. Many things change from story to screenplay and Miller/Stentz's words are much stronger than Orci's. I look forward to seeing their take on the material.

More is likely to be announced at San Diego Comic Con.

Lets hope they don't mess it up, i grew up with power ranger and i don't want them to end like the 1995 movie