Sony Pictures has secured rights to the popular anime series Robotech, viewing the project as a potential franchise.

Sony is hoping to move into production quickly on the project. Gianni Nunnari and Mark Canton (The Immortals, 300) are producing and Michael Gordon (300, GI Joe) is writing the script. 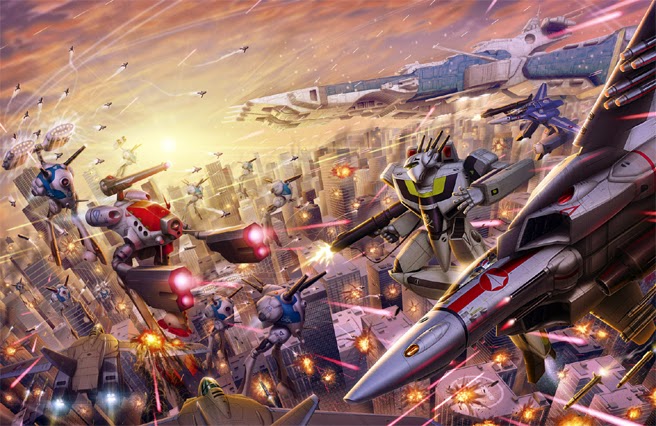 The popular anime series centered on humanity harnessing robot technology in an effort to fend off alien invaders. Robotech was a series of popular Japanese TV shows that made their way over to North America in the 1980s, eventually inspiring books, role playing games, video games, toys and collectibles.

“‘Robotech’ is unique in that it has always been a marriage of spectacle with human characters that seem drawn from life,” said De Luca. “That’s why we are so excited to be working with Mark and Gianni as we move forward on this project. With a history that offers an epic love triangle, a renegade hero, and a world on the brink of extinction, ‘Robotech’ offers a wide scope and a rich and impressive universe where the story possibilities are endless.” “I’m thrilled to be back in business with Sony Pictures and Gianni and I look forward to working with the studio on this global franchise-driven opportunity,” said Canton, who ran the studio in the 1990s. “‘Robotech’ is a very significant and legendary part of the growth of anime into the force that it is today, and we’re excited to be adapting it for modern audiences.”

Originally, the Robotech rights were over at Warner Bros. with Tobey Maguire and Akiva Goldsman on board to serve as producers. Despite this, and attracting attention from the likes of Leonardo DiCaprio, the studio never moved ahead with a feature film.

“When the rights to ‘Robotech’ became available we jumped; Mark and I knew it had what big movies in today’s world must have if they want to grab everyone: insane visuals and powerful themes,” said Nunnari. “The characters in ‘Robotech’ wrestle with both the destructive and redemptive powers of technology; nothing is more relevant today than that.”

Frank Agrama of Harmony Gold, the original intellectual property rights holder, will executive produce with Michael Gordon and Jehan Agrama. Leonard B. Rosman and Christy Duran will serve as co-producers.

Exciting news, indeed! For those of us who grew up in the 1980's, Robotech was something truly amazing that has been begging to be made into a big-budget Hollywood film franchise for years! And now, it looks as though it's finally going to happen!

Are you excited at the prospect of seeing Robotech finally hit the big screen?