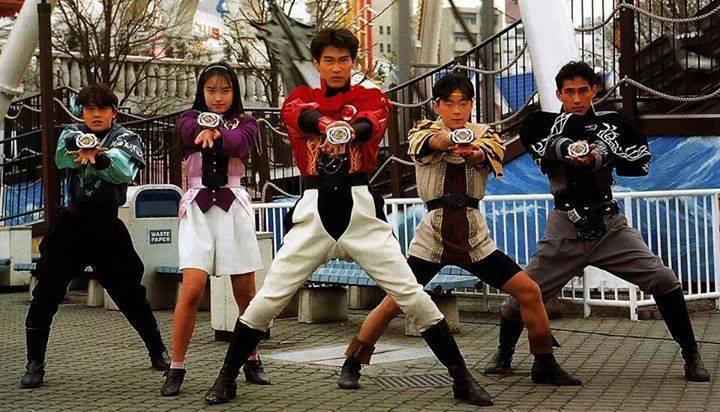 In a rather surprising move, North America will finally get an official release of non-Power Ranger Super Sentai! Kyoryu Sentai Zyuranger, the show that was retooled and edited into Mighty Morphin' Power Rangers, will be the first stateside Super Sentai release.*

The storyline for Zyuranger was fairly different than that of Mighty Morphin' Power Rangers. Five ancient warriors, from different prehistoric tribes, are released from suspended animation to do battle with the evil witch Bandora. To combat her evil creations, the Zyurangers must learn to tame their respective dinosaur gods and work together to awaken the Great Beast God, Daizyujin. When Geki, the Tyrannoranger, is confronted by his brother Burai, the DragonRanger, his allegiance to Daizyujin is tested and Bandora takes advantage of the situation...

Other than the fact that the show will be in Japanese language and subtitled, very little is known about Shout!'s release of the series. It's unlikely the show will be dubbed since Shout!'s Ultra Q, Ultraseven and Japanese Transformers series were not given dubs.

Too bad i can't go there, i would love to see the super sentai series

YeOldFossil replied to Monsterverese monsters that need there own movie.
More Activity