Let's keep the awesome toy news rolling, shall we? Tamashii Nations has revealed the next entry in their awesome MonsterArts line of figures, and it's a big one! Coming in February to the Japanese market will be  Mecha King Ghidorah! 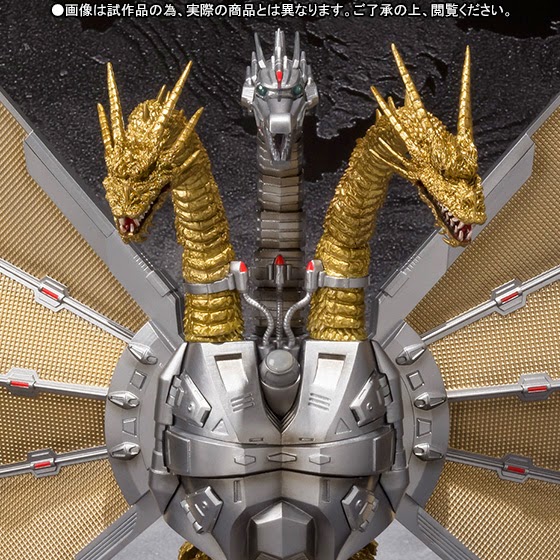 This piece, which will also be a limited web shop item in Asia, looks incredible! The mechanized version of Monster Zero comes complete with plenty of features and accessories, which work well with the previously released Godzilla SH Monsterarts figure! 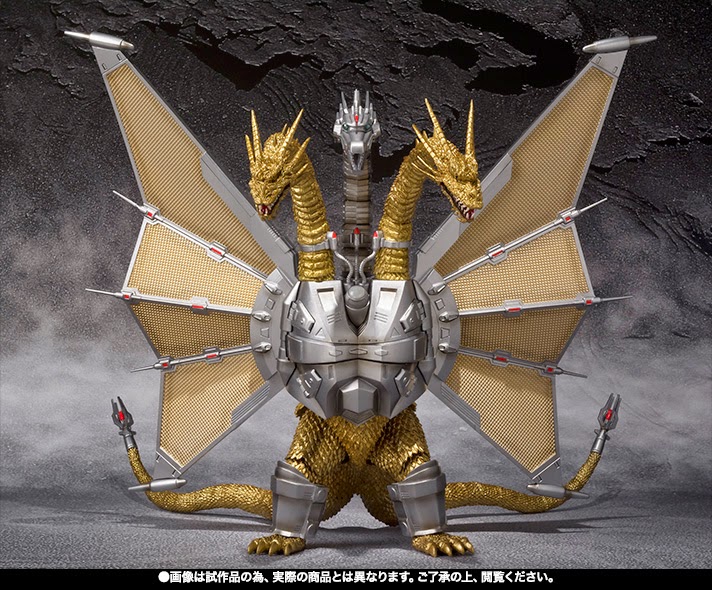 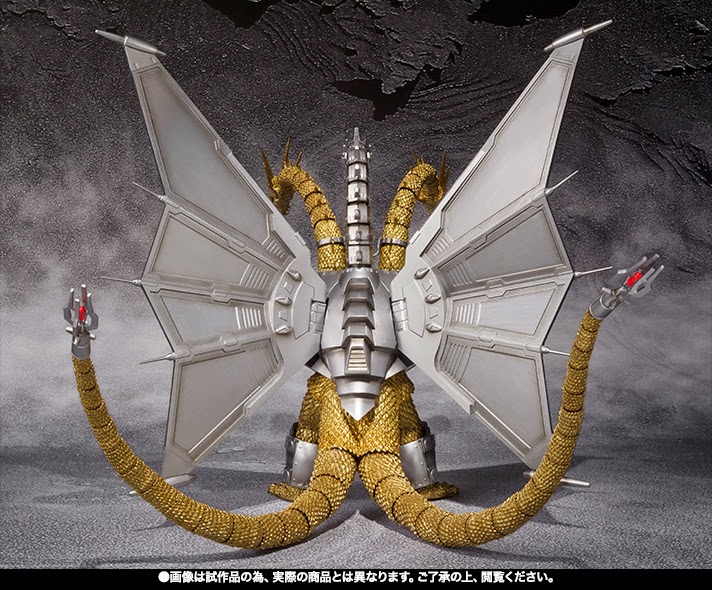 Mecha King Ghidorah will stand an impressive 10" tall and also includes three Dorats, from the 1991 movie Godzilla vs. King Ghidorah. Fans of the franchise will know it was the Dorats that were mutated by a nuclear blast, They then fused together to become King Ghidorah. 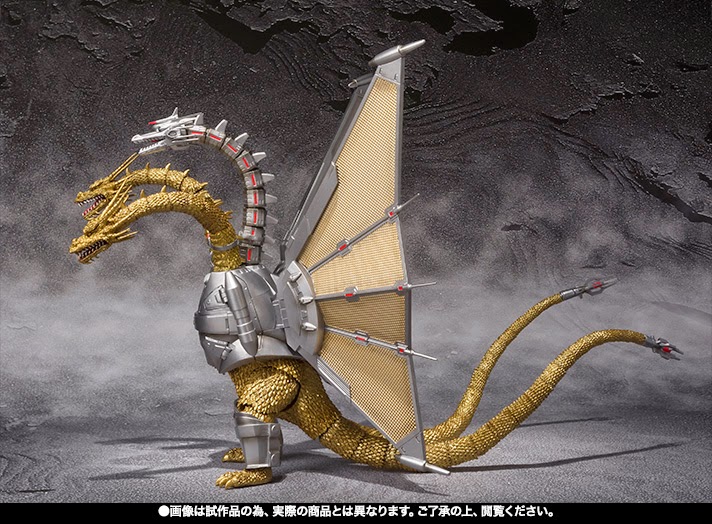 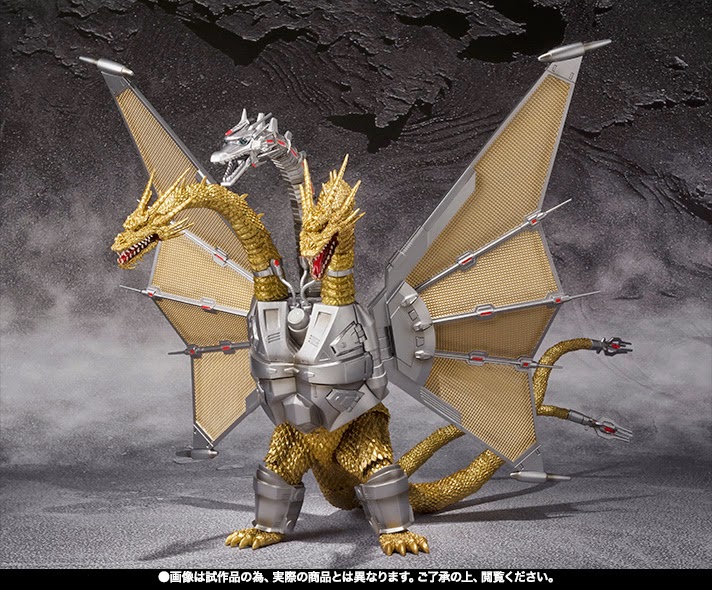 The beast hits Asian retailers in February 2015, and will sell for 19,440 Yen, or about $187 USD. A North American release has yet to be announced, but it's a pretty safe bet we'll be hearing something about that from Bluefin in the very near future! 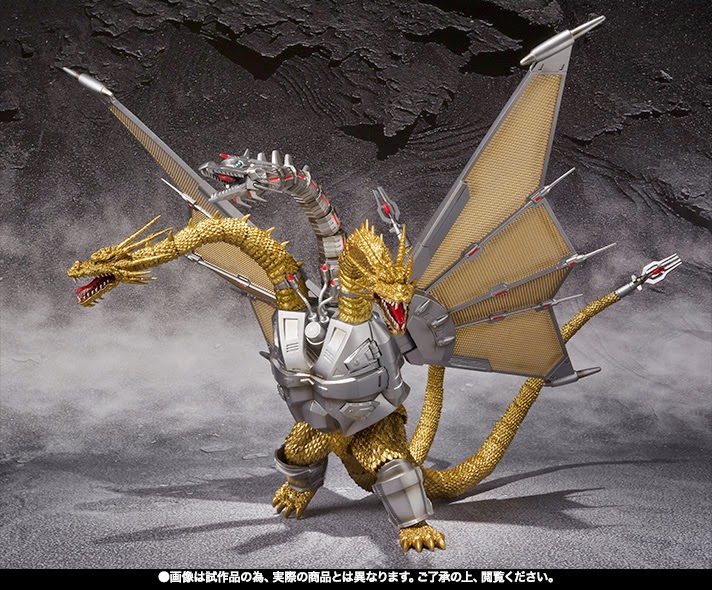 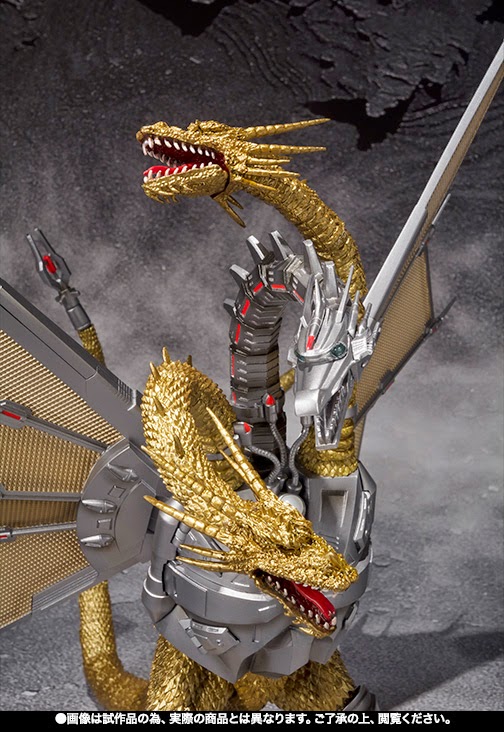 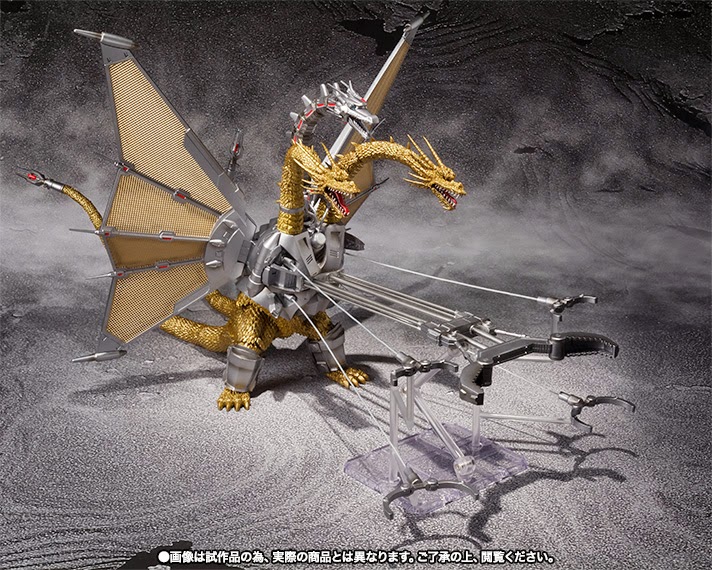 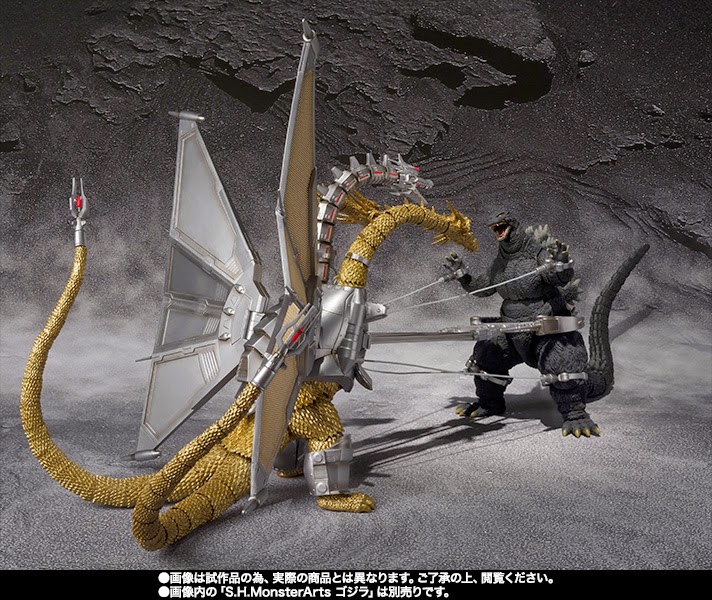 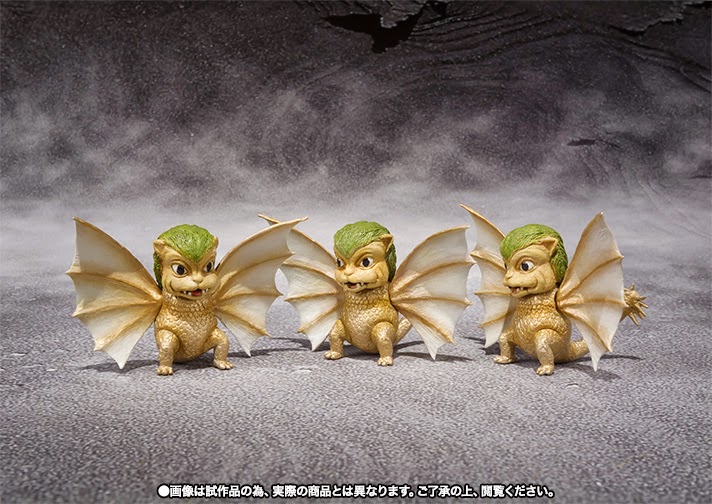 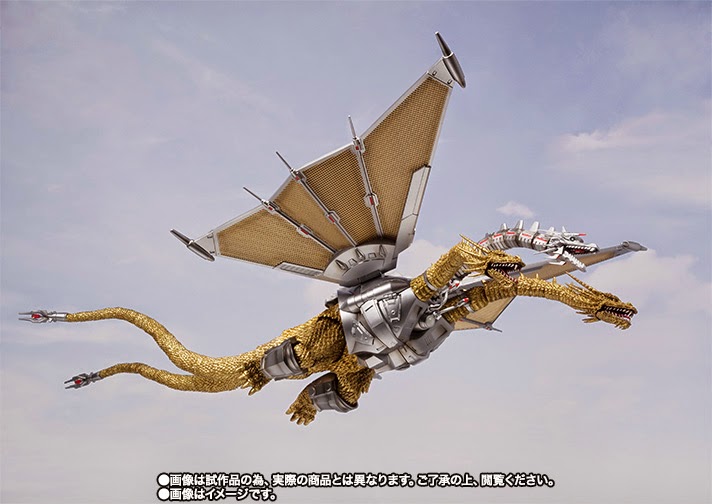