Due for release on June 2nd for the Xbox One, PS4 and PC the Mature rated, final instalment of the Batman: Arkham series sees the British developers of Arkham Asylum and Arkham City return for what is promised to be the most complete Batman experience ever released. Controlling the Dark Knight, players will once again be able to prowl, glide and fight their way through Gotham City's crime infested alleyways and rooftops, and for the first time in the series get to race along or defend the streets of Gotham behind the wheel of the newly designed Batmobile. All of this is promised to be delivered in an open world city with the best of Batman's Rogue Gallery of supervillains working together with the Scarecrow and the mysterious Arkham Knight to remove you as the city's guardian once and for all.

Interestingly, some footage in the above trailer has actual peaked our interest. As can be seen in the screen capture from the trailer (below) we see one of the games main enemies The Scarecrow, standing, with his back towards the in-game camera, with Batman's Bat-Signal highlighting what looks to be the Gotham City Poice Department building in the distance. The angle and orientation of the shot as seen in the trailer looks highly reminiscent of when the player is controlling the Batman; which makes us wonder - are the villains of the game playable either via progress within the game or via DLC, as hinted by the previous announcements of a Harley Quinn and Red Hood DLC packs. 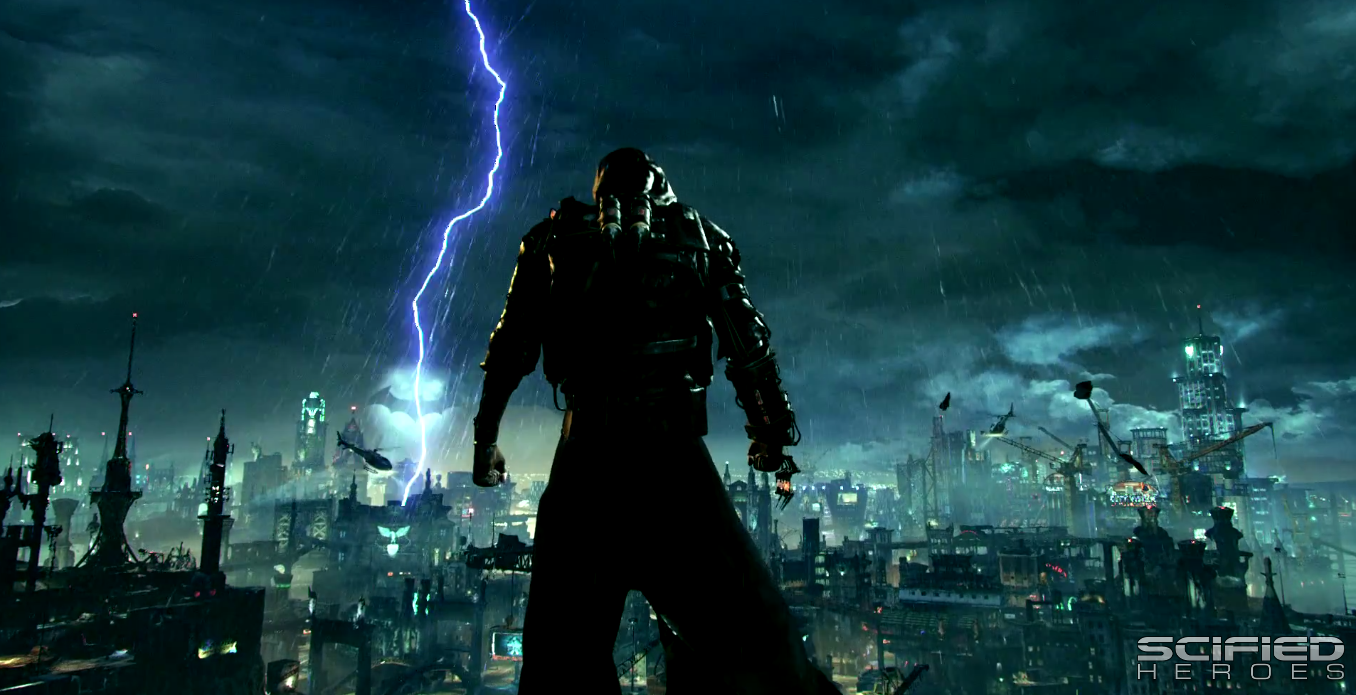 If our speculation is correct the replayability of Batman: Arkham Knight just increased tenfold, truly making this the best superhero video game ever released.