Predator: The Hunt is a proposal/WIP (Work In Progress) of a Predator movie sequel with accompanying licensed video game.

We will cover the movie proposal later in the week, and will start the dual proposal with the video game.

Predator: The Hunt the video game would ideally be constructed using Epics new Unreal Engine 4 for the next gen consoles (Xbox One and PS4) and PC's. Graphically the game would utilise the engines many awesome capabilities to create a visually dynamic, densley populated and environmentally accurate rendition of the games setting. For an example of Unreal Engine 4's capabilities check out the Infiltrator demo below. 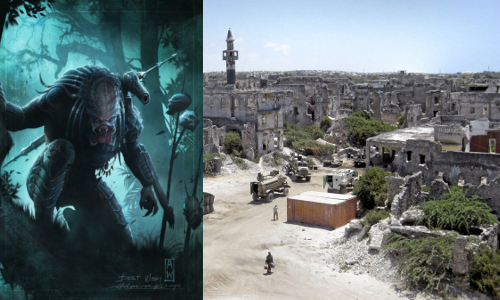 The setting of the game, as hinted at above is the fictional African city of Mawindoni (Swahili for hunting grounds) in the year of 2027. The city will be in conflict with a militant warlord and his loyal followers having turned the center of the city into a military stronghold while hording power, water and food supplies for themselves, leaving those on the outskirts of the city in dire need of aid.

Of course the international community has risen to the calling and aid is frequently dropped near the outskirts, but those loyal to the warlord have been grabbing the aid packages, killing those whom dare to appraoch them. As such the international community has sent their armed forces in to escort the aid supplies and act as a peacekeeping force, but tensions are high and the US and the UK are keen to move against the warlord, hoping to put an end to the situation.

Enter you as a youngblood Predator, dropped via insertion pod on the outskirts of the city, amidst the cities farming community which is heavily guarded by the warlords followers.

The game, unlike past video game outings for the Predator, would be viewed from a third-person perspective. Messages would appear from your clans ship (in orbit) would appear at the bottom of the screen in Predator language before fading into English (or your native language), and it is by these message syou would be given your first mission...

To evade notice of the farmers and the warlords men as you sneak towards a cave hidden in the mountains. However, you have no weapons except for a ceremonial dagger and no cloaking device, not even any wrist-blades.

Upon reaching the cave your youngblood discovers another Predators mask on a shelf fashioned from the stone. Wearing of the mask reveals that the owner soon after placing the mask where you found it was ambushed, overwhelmed and dragged off by an angry human mob. The message system informs you this was 500 years past.

Using your left gauntlets holographic display you are able to pinpoint 4 items made of materials non-native to Earth, stepping out of the cave the youngblood sees the vast African city before him, including over a dozen Prayer Towers, which are then added along with the 4 items as your objectives. The youngblood engages his cloaking device and your exploration begins. 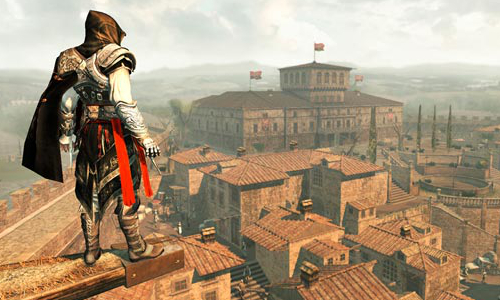 The Prayer Towers, once scaled to the top allow your Predator to map the visible surroundings, much akin to the synchronisation seen in Ubisoft's Assassin Creed games.

In fact the games mechanics would borrow heavily from the Assassins Creed games, especially 2 and 3 (Ezio and Connor), with scaling the environment and stalking/hunting prey being the gameplays primary focus.

The 4 items, taken from the past Predator by the angry farmers would include a Grappling Hook, a Medical Kit, Wrist Blades and a Thread Spinner (used to hang prey, set traps etc).

Completion of mapping the Prayer Towers and collecting the items would open the free world aspect of the game in which you are free to hunt "Worthy Prey" while "Upholding Honor". XP points earned from completing kills, challenges and objectives, can be used to have upgrades, new weapons (including all those seen in the movies), armor and extras dropped at your cave (your safehouse and armory/trophy room) by insertion pod. 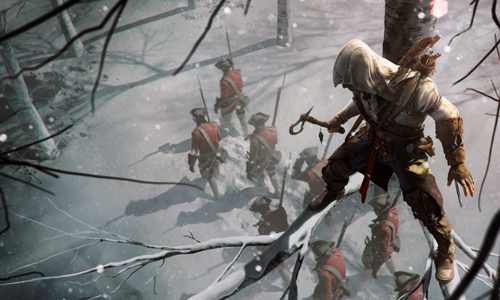 The stalking and hunting of Worthy Prey would play similar to both Assassins Creed 2 and 3, as well as Warner Bros Batman Arkham games, or more specifically their aptly named Predator mode.

Minus the swooping the Predator Mode in the Batman Arkham games combined with the stalking/hunting from Assassins Creed 2 and 3 would finally allow players to play as a Predator in the same way in which the Predator hunts in the movies.

Of course there will be moments in such an open world game when sneaking and hunting would be unviable and the player would need to get their hands dirty in combat. 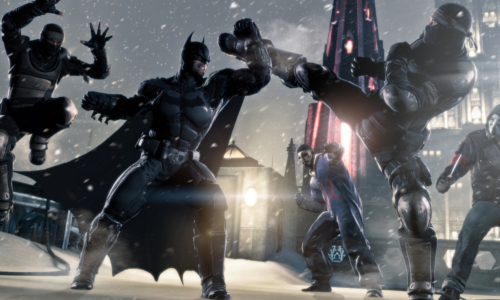 With the combat systems from Assassins Creed 2 and 3 being similar to that of the Batman Arkham games their inclusion is obvious, and would allow players to use a staff or net-gun against gangs of the warlords followers while punching, kicking and headbutting your way to big combo's.

Of course the game would also come with a plethora of hidden treasures and puzzles, encouraging players to search every nook and cranny of the games vast environment. While the XP reward system would allow players to customize the appearance of the Predator to their liking with many styles of masks, armor and weapons.

After "assisting" the allied infiltration team to capture the warlord, the games story would then enter its climax, with the events of the movie then taking place...

AWESOME, i really want play this