In the last post we looked into the video game proposal of Predator: The Hunt. Today we will introduce the movie of which would be the main focus. Though the game proposal would be the "definitive" Predator video game, it would essentially be merchandise, extra marketing for the main feature - which is of course the movie. So lets introduce the movie of Predator: The Hunt, with the (ideal) director, main cast and opening moments of the movie. 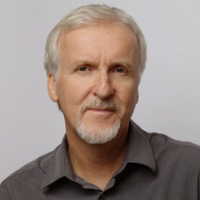 Although in all likelyhood the chance of James Cameron making a Predator movie are slim to none, it would be ideal. He created, produced, wrote and directed the first two Terminator movies, as well as producing, writing and directing 1986's cult classic Aliens. And while he may have had a hand in the Predators redesign from its original concept for the 1987 original, he has never actually attached himself to the franchise, and because of his pedigree of sci-fi action movies I truly feel that a Predator movie directed by James Cameron would bring the franchise back on track. 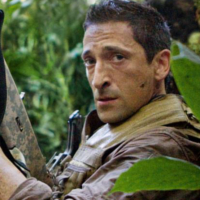 Returning to the role of the secretive yet battle hardened mercenary Royce, Adrien Brody's acting range would be greater than that of a leader in this movie. His characters dynamic among his peers would constantly shift, with the character of Royce adapting to each situation, preparng for the next shift in dynamic. Royce will not be in control of this dynamic shifts, and will be haggard and dishevelled from his fight for survival upon the alien planet where we saw him last. 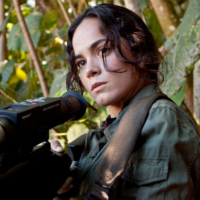 Returning as Isabelle, Alice Braga's character would be unchanged from that seen in Predators, but the dynamic of which her character exists within in relation to Royce will alter greatly. The Characters past and reasons for being selected as a "Predator" by the new tribe of Predators will be made fully apparent, shedding new light on her character. 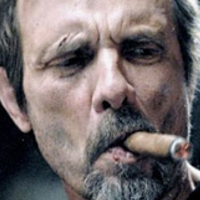 A Texan, former special forces and black ops, and a seasoned tracker, Michael Biehn's character will have a chauvanistic attitude toward Isabelle, while having had serve with Royce in his youth. Though Michael Biehn's inclusion in the cast is primarily to allow the actor to get even with past co-actors Lance Henriksen and Bill Paxton (both of whom have died at the hands of a Terminator, Alien and Predator), the character of Jimmy will act as an anchor between the characters of Royce and Isabelle as dynamics pull them apart. Jimmy will also be source of much information for the audience as well as an enjoyable, slightly obnoxious character for Michael Biehn to sink his teeth into. 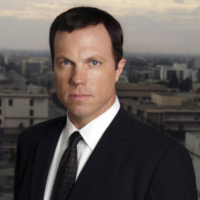 Another returning role would see Adam baldwin return as Gruber of the O.W.L.F. (Other World Life Form). Gruber is now in charge of the surveillance team of the organization. 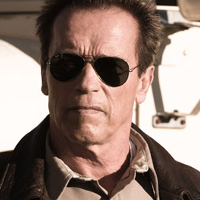 One of two survivors of the 1987 incident, Dutch now acts a consultant for the O.W.L.F. 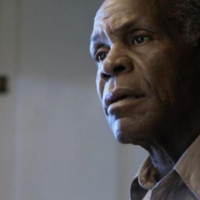 Survivor of the 1997 incident, Harrigan also acts a consultant for the O.W.L.F. 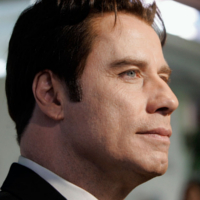 Inspired by his portrayal of Castor Troy in Face-Off, and his performances in films such as The Punisher and the Taking of Pelham 123, I feel John Travolta would be ideally suited as the no-nonsense, hard edged, authorative leader of the O.W.L.F. responsible for calling the shots. Ultimately the guy you love to hate.

In part 2 of this proposal for Predator: The Hunt we will delve into the actually plot and premise of the movie, but to wet your appetite, here is, as promised, what the opening few minutes of the movie would be like...

20th Century Fox fanfare bellows out as the logo appears on screen, the spotlights criss-crossing the plinth. As the fanfare ends the final note segues into a Predators clicking and the camera starts to pan up, past the twilight and up to a backdrop of stars before stopping. As the signature tunes intro slowly builds the production credits fade in and out of the bottom of frame, in a standard georgian font. To the left of frame one of the stars appears to move slowly toward the center of frame. As the production credits the movies title appears in the lower center of the screen "Predator: The Hunt" accompanied by an escalating rumbling. 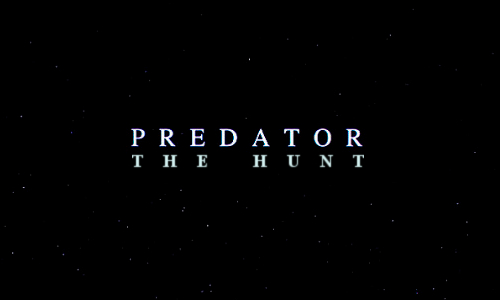 As the movie title fades out off the screen the moving star reveals itself to be a spacecraft that flie across the screen from left to right, inducing camera shake. The Camera turns right to track the spacecraft as its three engines ignite and it starts to climb while continuing to accelerate away from the camera. The camera continues to track the spacecraft as the Earth appears at the top of frame. Before veering of to the right with a sudden burst of acceleration the spacecraft launches 2 objects into the Earths atmosphere, one immediately after the other, and then after a brief pause a third and final object is launched toward the Earth. As the Spacecraft exits right of frame each of the objects glows red and combusts into flames as they punch through the Earths atmosphere. Fade to black. 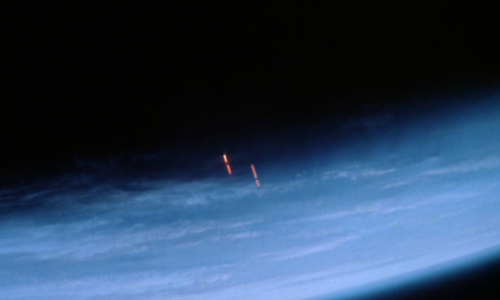 Fade from black. Three helicopters fly in formation toward camera - a Black Hawk escorted by two Little Birds. From behind and over the mini-gunners shoulder within the Black Hawk we peer out the side of the helicopter to a shanty town of stone buildings in various staes of disarray and derelict. The co-pilot looks up from his instruments and sees two stacks of smoke in the near-distance before pointing them out to the pilot, two human figures can just be made out, one of them waving the helicopter down. The co-pilot then unbuckles and steps towards the back of the chopper. 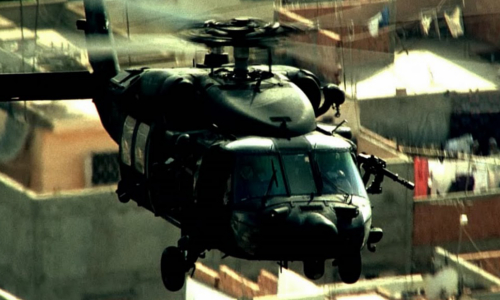 As the trio of helicopters approach the now fading smoke the two little birds each turn 90 degrees to cover the Black Hawk as it descends and lands, kicking up lots of dust. The co-pilot steps out and waves the two "guests" aboard the chopper. From the waist down we see the first "guest" run toward and into the Black Hawk, whereas the second "guest" casually strolls toward the helicopter unrushed. With the two guests onboard the co-pilot speaks (unheard) into his headset, to which the pilot looks over their shoulder before lifting off.

The Black hawk raises from the ground before turning 180 degrees; the two little birds each turn 90 degrees to match the Black Hawk's orientation as they head all head back the way they came. Sitting behind one of the two mini-gunners, the co-pilot looks towards one of the "guests" sat opposite him, towards the rear of the helicopter. From the feet up we see well worn, dirtied, dusted and even bloodied military combat fatigues. Looking up we see the guest to be Royce, haggard, dishevelled and weary; yet he ignores the co-pilots gaze and just looks out of the helicopters open door. The co-pilot turns his attention towards the second guest, again from the feet up. Again we see dirty, dishevelled fatigues, this time worn by Isabelle, whom unlike Royce acknowledges the co-pilot with a strained, weary smile.

The trio of helicopters then flies over a densely populated military base occupied by US soldiers. Royce's eyebrows lower in confusion before he looks towards the co-pilot.

"We are a separate outfit... Our base is further down!"

Royce makes no acknowledgement and returns to gazing out of the helicopter. 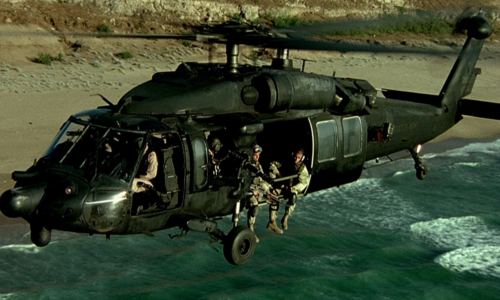 Back at where Royce an Isabelle were picked up the camera focuses on the black marked walls of a derelict shanty stone house, scorched from an intense heat. On the ground can be seen two small craters no ore than a foot in diameter. From above a gentle thud is heard; dust falling in front of the camera. The camera tilts up above the scorch marks and the craters to the remains of the houses flat roof; the source of the falling dust. The POV then shifts to whom, or whatever is atop the roof. Thermal vision pans from right to left and back again before snapping to ground below. The view zooms with a wipe effect across the screen to show two distinct sets of footprints. The POV tracks the footprints until they fade and disappear. A low snarl is heard. the POV then looks up, scans left, then right, then up-left before noticing 3 small dots. The POV zooms and wipes twice in succession showing the Black Hawk and its escorting Little Birds. Another snarl. 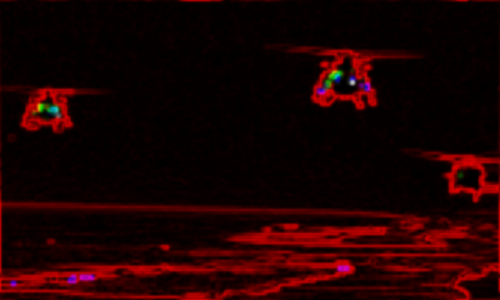 A small airfield stands a visible distance away from the military base. The Black Hawk flies over as its escorting Little Birds break off leaving it alone. As the Black Hawk approaches and begiins to descend unto a marked pad on the ground it turns 90 degrees, its left (port) side facing towards the airfields two hangars, from which a suited man and two men in military fatigues are approaching. The Black Hawk down, and its rotors slowing, the two mini-gunners and the pilotexit the helicopter and disappear off frame. The co-pilot steps out of the side of the Black Hawk and ushers Royce and Isabelle out before too disappearing off frame.

0 Fan responses to Predator: The Hunt - The Movie, Part 1

MechaniKong1223 replied to If you wanted to make your own Monsterverse Film, what would the Title be and what characters would you have in it?
More Activity