An adorable little story has circulated about Pacific Rim and Crimson Peak director Guillermo del Toro being floored by Tsuburaya Production's latest Ultraman iteration. Ultraman X premiered in July; in the fifth episode, “When the Aegis Shines”, X teams up with the popular Ultraman Zero for a rescue mission on "Planet Gilmo", which can also be romanized as Planet Guillermo. A planet with three suns, Alien Nackle uses it as his base of operations for arms dealing. 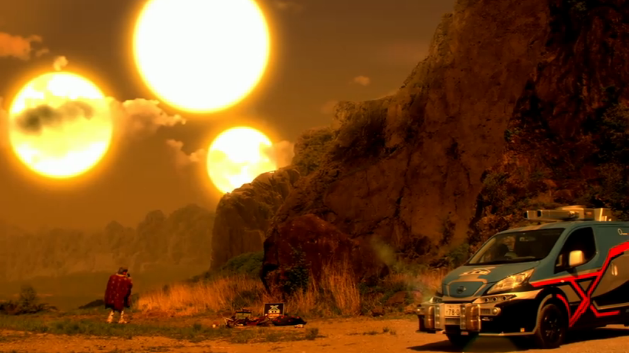 It's no coincidence. Screenwriter Takao Nakano and director Koichi Sakamoto named the planet after the Pacific Rim director himself. Last week del Toro expressed his excitement via Twitter: 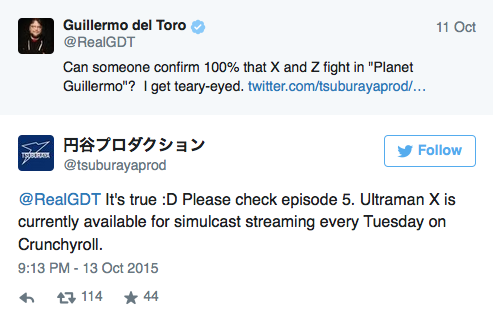 The “X” in his tweet obviously refers to Ultraman X, while the “Z” is for Ultraman Zero. You can see Tsuburaya Productions replied, directing him to where he could watch the episode.

Guillermo del Toro is a huge Ultraman fan, likely pulling inspiration from the franchise for Pacific Rim. He praised the Ultraman franchise saying, “there is a myriad of great kaiju from the Tsuburaya TV series like Ultra Q, Ultraman and UltraSeven. There is one that is called Pigmon that is amazing.”

While promoting Pacific Rim in Japan, del Toro was ecstatic to be greeted by fan favorite foe, Baltan. No one's ever looked so pleased to meet one Ultraman's most dangerous foes. 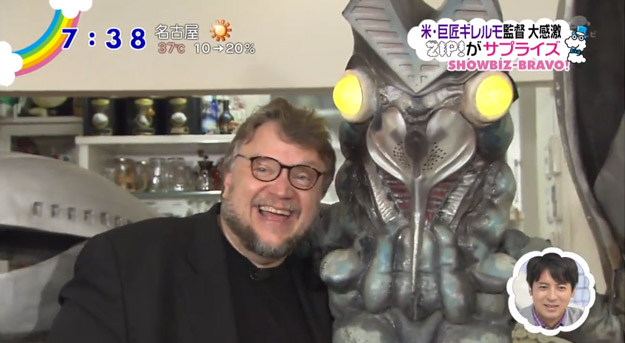 As Tsuburaya Productions said, Ultraman X is currently streaming for free on Crunchyroll. New episodes are added every Tuesday. Highly recommended, it's the best the franchise has been a few years. Likely director del Toro is watching as well.

Wow, I watched X but I didn't realized Tsuburaya did something like this. Very creative indeed.

SasquaDash replied to My Thoughts on including Destroyah in the MonsterVerse.
More Activity