Surprisingly enough, it would seem an early official logo for J.J Abrams' Star Wars: Episode VII has been leaked online! Now, it is possible that the following image could be completely fake, yet also could simply be a promotional banner used for licensing or even one of the "options" for a new logo. We urge readers to take the following with a grain of salt as currently we have no way to confirm or deny the legitimacy of the image. It was posted by the official Yahoo! Movies UK Twitter page however, which lends a slight bit of credability to the find. Have a look for yourself: 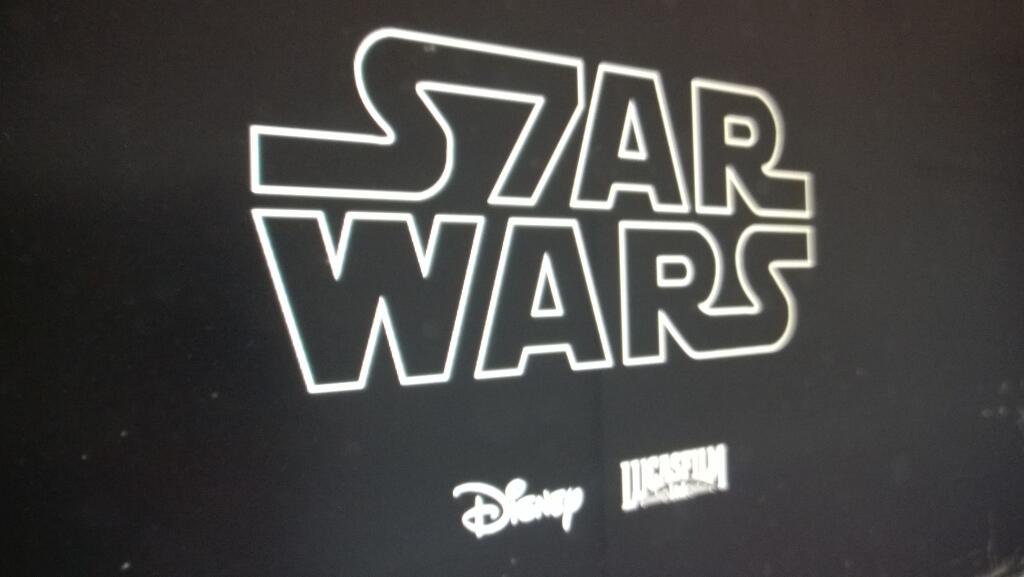 "S7ar Wars" really doesn't roll of the tongue, but it is a witty attempt at revolutionizing the logo for the seventh sequel. Of course, once they tag "Episode VII" under the title (if they do), the 7 will become redundant. Not to mention, they won't be able to trademark that logo very well for episodes 8 and 9, as those numbers would not work in that same position - forcing a redesign.

With all that said, it is possible this could be a teaser logo for the big reveal later on. Many films go through numerous logo redesigns throughout their production, it would not be surprising if Star Wars 7 did so as well.

Let us know what you think of the potential new logo for Star Wars by commenting below!

Thanks to Nailbiter @ CBM and Yahoo! Movies UK for the news!

If that's seriously the Episode 7 logo it's so gaaaaaaay. Like if you asked a 12 year old to design it.

looks like "Czar Wars" mispelled, which doesn't make for a great design for the overall story. Looks like the same person that designed the new Baskin Robbins logo did this, haha...

I'll mention this to Anthony Daniels next month at the Calgary Expo and get to the bottom of it. C-3PO just has to be in the next story too :)

Eh, most likely a promo banner.  I doubt they'd revamp the classic Star Wars logo just to include the 7.  It'll probably just be Star Wars VII.

let us know what you found out djrees56! As for C-3PO, i heard he was holding out for the best contract :P haha