According to reports the new Transformers movie Age of Extinction has plenty of content when it comes to characters. We have the Autobots, such as Optimus Prime and Bumblebee, Decepticons, Dinobots like Grimlock and Slug, human-made Transformers like Galvatron and Stinger, a bounty Transformer bounty hunter called Lockdown and a host of human characters played by the likes of Mark Wahlberg and Stanley Tucci. Yet despite this wealth of characters the only ones featured repeatedly on the movies marketing are Optimus Prime and Grimlock. 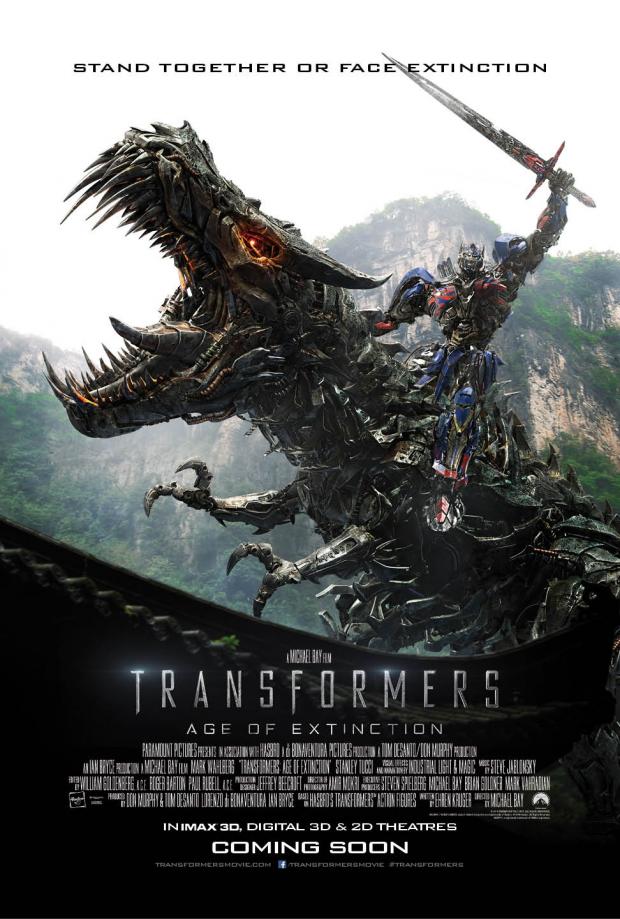 Michael Bay, Paramount - we the Transformer fans love Grimlock and all but it would be nice to see more of the rest of the cast, Transformer, human or otherwise!

I believe they keep marketing Just Prime and Grimlock, To make you curious about it..

Y'see, To people who like transformers, But haven't read/watched into the Expanded universe of it, Don't know what Grimlock is... But he Looks like a Robotic T-Rex, Which makes people want to see it just because of that. Aswell as Prime, A well known Character of Transformers..

I love this poster. Would look great in my living room.

On another note, here some footage recorded during The Voice. I won't spoil it, but it is EPIC!!!!

Also new trailer on Thursday just in time for Godzilla.