As per part of the contract Michael Bay made with the Chinese government, a portion of his forthcoming sequel to Transformers: Dark of the Moon had to be filmed in China, and feature Chinese actors. The chinese settings can be seen in both of the recent trailers where Grimlock smashes through and ancient Chinese archway. Li Bingbing (Resident Evil: Retribution) is one of the aforementioned chinese actors joining the cast as CEO Sue Yueming. 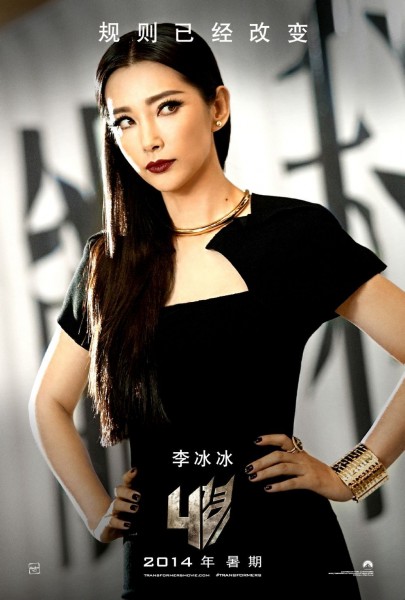 It's about damn time! For anyone who grew up in the 90s binge watching this iconic animated series like I did, you will be thrilled to know that Paramount Pictures are reportedly d... Read More

Cybertron is about to become familiar with SkyNet in an epic Transformers vs. Terminator crossover! Published by IDW, Transfromers vs. The Terminator will be a 4 part mini series a... Read More

With the exception of the The Last Knight, the Michael Bay directed Transformers franchise earned over $4 billion in box office takings. Yet, with the release of each installment T... Read More

There have been two elements of Transformers: The Last Knight that have been kept very quiet so far during the movie's marketing - the casting of Sir Anthony Hopkins and the i... Read More

After directing four very male-centric Transformer movies it seems as though Michael Bay will leave the Transformers movie franchise with an installment aimed at young female audie... Read More

Certainly, the first (in sometime) casting choice I'm in agreement with; when it has to do with a native (also primarily) Eastern-Asian actress, in Hollywood film. I haven't paid much attention to the details of this film; although, I do see these ones at least once. Anyway, very interesting that this is the first American Hollywood film, officially backed by the Chinese Government.  Takara's Microman have come a long way, and since I was once very fond of them.

I always thought she was related to actress Fan Bingbing who is in the 'X-Men: Days of Future Past' movie.

I love this pic of Li Bingbing

+Yes, super Li pic. I was looking at both of them, too (and no relation).