A third Jurassic World viral video has been released, and this is a big one! The newest video focuses on the Masrani Global security division, run by Vincent D'onofrio's character Vic Hoskins. 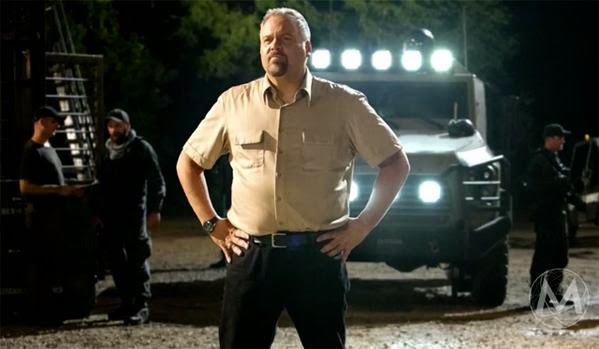 The new video showcases some awesome new footage featuring high-tech weapons, vehicles and much more! Check out the video posted below!

Wow! Exciting stuff! Now we know how InGen's new security force applies to Jurassic World. In addition, if you pop on over to the Masrani Global official site and do some reading, you'll discover that Vic Hoskins was hired in 2001 after assisting in the cleanup of the escaped Pteranodons from Jurassic Park 3 - which happened over Canada. Following the incident, and due to the professionalism his team displayed, he was hired personally by Simon Masrani to re-develop InGen’s Security Division, which helped oversee the protection of workers on Isla Nublar during Jurassic World’s construction. 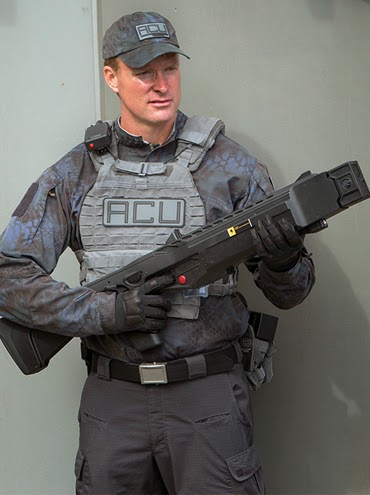 The site also features some great new images of InGen's ACU force, all of whom we can't wait to see in action when Jurassic World arrives in theaters this coming June!

Be sure to stay tuned as more videos will be posted to the Masrani Global site the closer we get to the theatrical release of Jurassic World.

We must say we are thoroughly impressed with the amount of effort going into this film. The site, with its videos, news posts and images really make the world Colin Trevorrow is creating, and the one first spearheaded by Michael Crichton and Steven Spielberg all those years ago, that much more colorful and fascinating! Obviously a lot has been happening since the screen went blank at the end of Jurassic Park 3 in 2001 - and we couldn't be more excited!

We can't wait for more, and we're sure our fans feel the same way!

hox replied to Was Jones in hypersleep?
More Activity