The new trailer for director Michael Bays fourth Transformers movie, Transformers: Age of Extinction has been released along with an accompanying teaser trailer. The new trailer features a wealth of new footage from the movie and actually gives a much clearer indication as to the nature of the movies story and hints as to why the dinobots have been included this time around - for more info see our Trailer Analysis beneath the teaser and the trailer.

Transformers: Age of Extinction features a wide spectrum of characters - Humans, Autobots, Decepticons, the Dino-Bots, Human-Made Transformers and the mysterious Transformer bounty hunter Lockdown. There is also an invading force, the details on them at-the-moment is unknown. Yet the above trailer has given use more insight than previous trailers into what is actually going on... 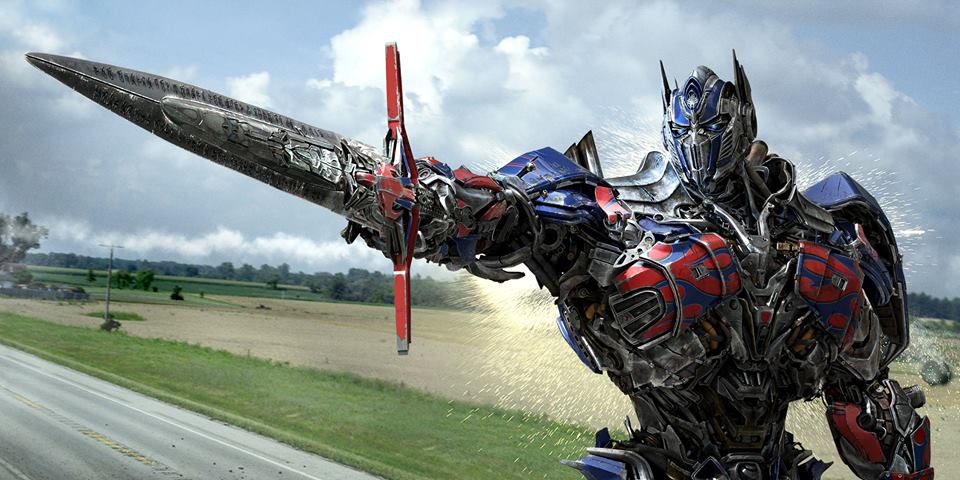 Four years after the events of Dark of the Moon Mark Walhberg, Daughter Nicola Peltz and her boyfriend Jack Reynor purchase a truck that turns out to be the Autobot leader Optimus Prime. Having activated Prime, their home is set upon by Stanley Tucci and his men, whom are now in the business of hunting down Transformers, and have even developed their own after discovering the "molecular unstable alloy" the Transformers are made from - At some point resurrecting Megatron as the new, improved Galvatron (bound to be a bad idea).

An invasion begins, presumably Decepticon in nature, with the extinction of mankind as its goal. Amidst this invasion the bounty hunter Lockdown appears to presumably hunt Prime. Despite having been hunted by mankind, Prime leads his fellow Autobots - Bumblebee, Ratchet and Brains with newcomers Hound (John Goodman), Crosshairs (John DiMaggio, AKA Futurama's Bender and gears of War's Marcus Fenix) and Drift (Inception's Ken Watanabe) to awaken and enlist the help of a team of Transformers sent to Earth millions of years before - The Dinobots, to fight against Lockdown, Galvatron and the Decepticon invasion.

Awesome! That was a great trailer. I want more!