Omaze.com has quickly become the popular platform for Hollywood studios, directors and actors to donate to charity while also giving fans once in a lifetime opportunities to meet with the cast and crew of their favorite big screen movie franchises. Paramount Pictures' forthcoming Star Trek Beyond has now joined the list of Omaze supporters with an awesome opportunity for a lucky fan to join the crew on-set and on the big screen...

The above video, presented by Star Trek Beyond co-star and writer Simon Pegg, co-star Anton Yelchin and possibly the worlds most laid back pooch Elvis (pictured above), was filmed on the set of the new movie and shows, however briefly an image of a new alien believed to be featured in the movie, pictured below. 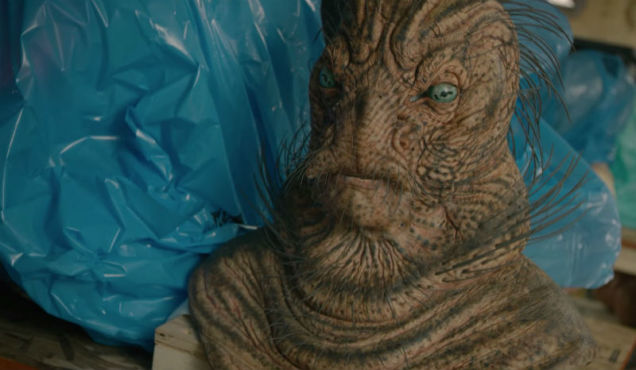 There are still prizes to be won if you donate to Omaze.com, now. Who knows, maybe you will one the lucky few to land a walk in role in the movie?