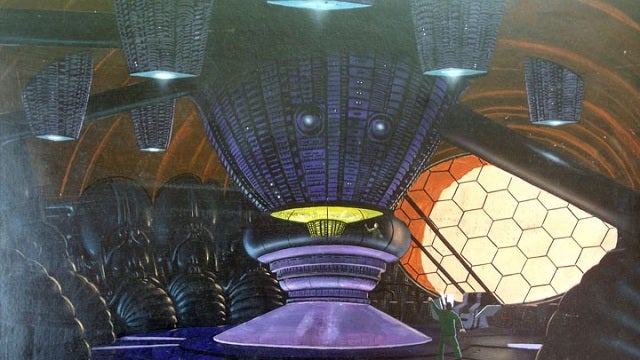 Can you imagine what type of film David Cronenberg would have made, adapting Philip K Dick's original source material? Cronenberg worked on the script development and overall concept for about a year, before leaving, when he realised his vision was not in line with what the producers were aiming for!

Whilst I enjoy Paul Verhoeven's entertaining version and Arnie's Doug Quaid, it was all pretty tongue-in-cheek and slightly over-the-top! Cronenberg would have made a serious, faithfull, more disturbing version for sure. The bodily malformations would have been gross and super cool! I'm sure it would have all been done in Cronenberg's very unique, inventive, intelligent style!

Here's a link to an interesting article where artist Ron Miller shares a ton of the concept art he created for Cronenberg's never completed TOTAL RECALL: io9.com

Lone, you spoil us with these posts, they are so amazing! Thank you so much!

Incredible. thanks for sharing Lone!

Hey, glad you liked this!

I like Verhoeven's TOTAL RECALL, but can't help thinking how awesome a Cronenberg version could have been!