The awesome Video Game Appearance line from NECA is about to release its thirteenth figure. And, to celebrate, we're getting a new version of the one that started it all! From the classically frustrating Friday the 13th NES title comes Jason Voorhees.

Previously only available as a Comic Con exclusive a few years back, this all-new figure features a new paint deco, brand new accessories and special packaging that plays the theme music from the original video game!

To celebrate the 13th figure in our classic video game tribute series, we’re bringing back the one that started it all! Previously available only as a convention exclusive, Jason is back and better than ever, with different deco, a new accessory and special packaging that plays theme music from the original video game.

Based on his appearance in the classic Friday the 13th video game, released in 1989 for the popular 8-bit home console, Jason stands 7” and has over 25 points of articulation for great poses. The figure comes with machete, axe, harpoon gun and removable mask, plus new “floating” mother’s head accessory. New paint deco reproduces the game’s pixilated look.

And not only does the window box packaging re-create the look and feel of the classic video game cartridge box, lift the front flap and it plays music from the game, too! 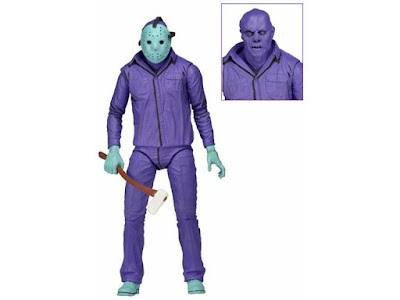 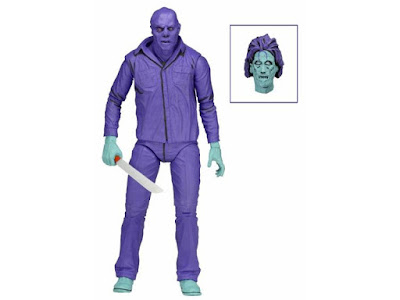 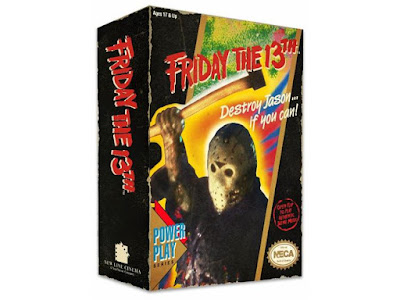 This all-new Jason Voorhees Video Game Appearance action figure will make a great addition to any horror or video game collection!Look for it to arrive at retail this coming October - just in time for Halloween!