For fans of their horror figures, NECA will soon be releasing a 7" Leatherback, done in the style of the classic Texas Chainsaw Massacre Atari 2600 video game from 1983, and an 8" cloth figure of Freddy Krueger from A Nightmare on Elm Street Part 3.

Check out official images and info for the two figures posted below...

Leatherface stands 7″ tall and has over 25 points of articulation for great poses. The figure comes with vinyl apron and chainsaw accessory. Special paint deco reproduces the game’s stylized look.

Comes in special window box packaging that faithfully recreates the look and feel of the classic video game cartridge box. 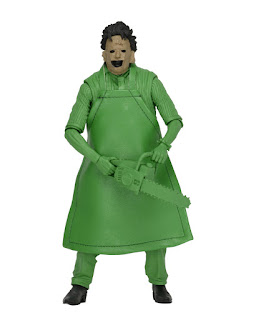 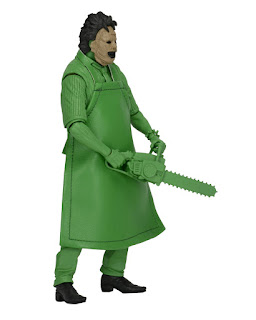 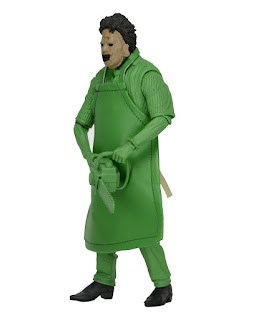 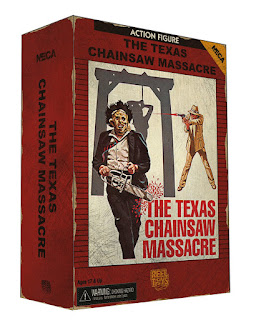 From the cult classic Nightmare on Elm Street horror films, our newest retro clothed action figure is Freddy as he appeared in Part 3: Dream Warriors!

Freddy stands 8” tall and is dressed in fabric clothing similar to the iconic toy lines of the 1970s. He’s fully poseable and truly terrifying – just lift his sweater to see the tortured spirits trapped in his Chest of Souls! 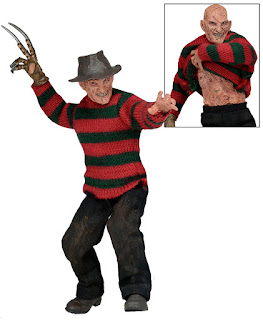 Both figures will hit retail this October - just in time for Halloween.