We're only a week away from the release of Alan Taylor's Terminator Genisys, a movie receiving high praise from critics and creator James Cameron alike. However, let us not forget that which has come before it - namely that awesome sequel Terminator 2: Judgement Day. 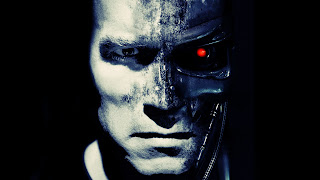 NECA, the collectible kings of the pop culture multiverse, have been teasing lots of awesome Terminator products lately, and tonight is absolutely no exception! Below, check out three new images teasing upcoming T2 figures from our friends at NECA... 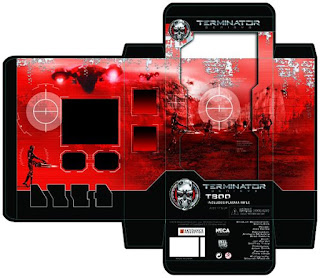 First up, here's an early work-in-progress look at the packaging for some of NECA's upcoming Terminator figures. It features some very nice colors and design cues, but as this is not the final design set to hit retail, it may look different when it hits store shelves.

Next up, we have another look at the upcoming Ultimate Sarah Connor figure. This new image assemble gives us a nice look at one of the the figure's head sculpts. So far, we've gotten a look at the figure's included accessories and a brief look at the sculpt, but this is the first real look at the planned head sculpt for the figure - and we approve 100%. 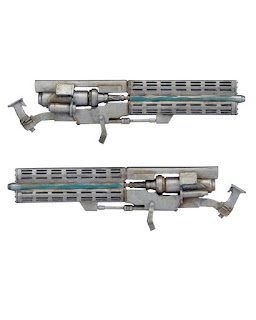 And finally, NECA has released a look at a new accessory in the form of a T-800 Plasma Rifle. It appears to feature some great sculpting detail and paint applications.

All in all, these three teases have us very excited for the future of the NECA Terminator figure assortment. What do you guys think?