Comic books are a young boys best friend; they allow a young mind to escape to a colorful world of good versus evil, where the heroes strong and proud, fight and triumph against equally powerful enemies. Superman, Spiderman, Captain America and so many more super heroes excite the imagination and dreams, but as we age and mature the reality of the world around us sours those dreams and darkens our imagination, even if that little boy still exists somewhere within. Yet our need for heroes in our later years does not diminish; if anything the need for a saviour is greater, be them fictional or no.

As such it is my belief that comic book giants Marvel and DC should release a "Dark" series of R-rated movies that are aimed at a more mature audience, but are as imaginative and heavily linked together as their mainstream counterparts.

Further to this, it is my belief that movie producer Adi Shankar (The Grey, Killing Me Softly, Dredd) should herald these Dark comic book adaptations, as an extension of his already established "Bootleg Universe", the first of which could be the much wanted Venom movie, based on the Marvel comic character of the same name. Unsurprisingly I have pondered this, in some detail... 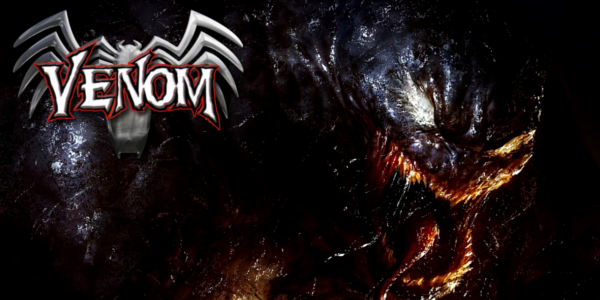 Based upon the comic book storyline Venom: Sinner Takes All - A new Sin Eater in the form of Michael Engelschwert is terrorizing the alleyways of New York. Keen to break the story, identify the killer and redeem his career is Eddie Brock, an arrogant and hungry reporter/photographer, whom recently lost his job at New York newspaper the Daily Globe, after the suspect for the Sin Eater murders he wrote a story on turned out to be a pathological lier and serial confessor. Elsewhere in the city his ex-wife Anne Weying, a highly successful attorney at law represents the prosecution in a murder case against the Chaos killer Cletus Cassidy. 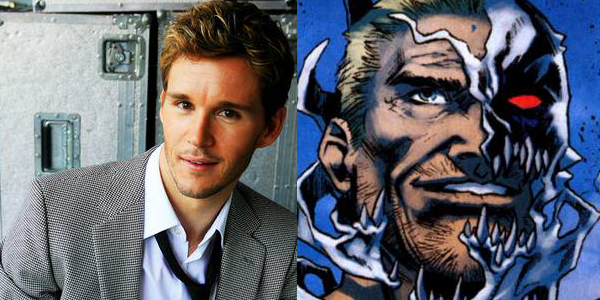 Ryan Kwanten - Eddie Brock
Continuing from playing the role in the Bootleg Universe short "Venom - Truth in Journalism", Eddie Brock would be portrayed by Ryan Kwanten as a risk taking, careless and arrogant journalist/photographer whom despite his brash and bold outward persona is in debt and living in a derelict apartment, unemployed
and going through a divorce. Furthermore, he is still unaware that he is host to an alien symbiote, which uses his body to prowl the city while he is asleep. 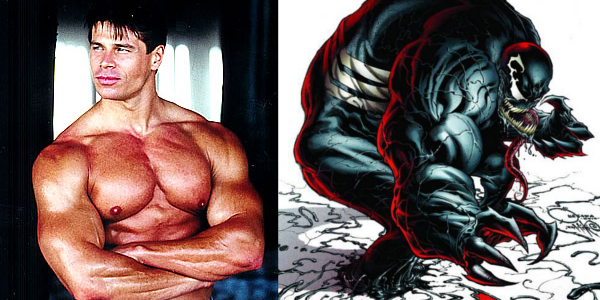 Roland Kickinger - Venom
Following on from the Bootleg Universe short, Venom would come into being by having Eddie Brock regurgitate the symbiote before it wraps around him; using a combination of "Man-In-A-Suit", animatronics and CGI to realize the musclebound monster that is Venom. Kickingers size and porportions would form the basic silhuoette of Venom, whom through the use of choreography would be presented on screen as a huge, bulking, angry monster. 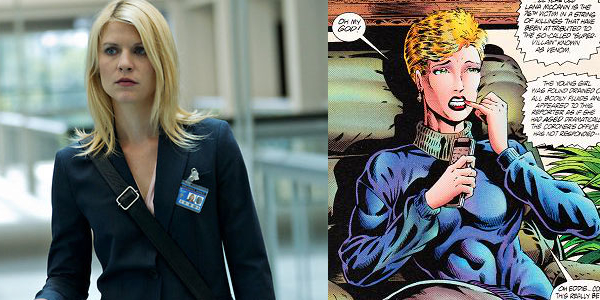 Claire Danes - Anne Weying
Eddie brocks ex-wife and a succesful lawyer, whom is the main prosecution attorney in the case against "Chaos" Murderer Cletus Cassidy. 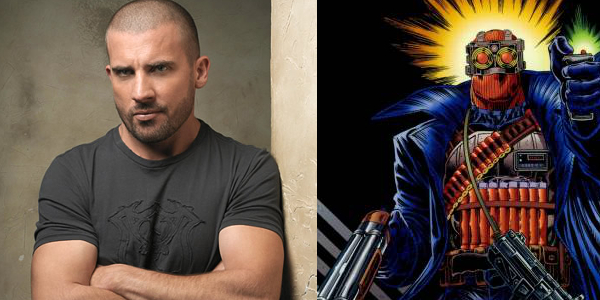 Dominic Purcell - Michael Engelschwert AKA The Sin Eater
Returning from military service in the middle east, where he served as a marksman and in bomb disposal, Michael finds himself unable to adjust to civillian life and suffering from an acute form of post traumtic stress disorder. 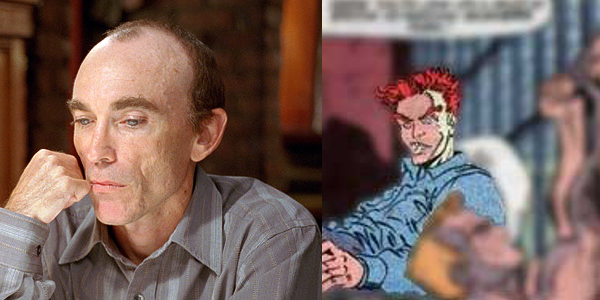 Jackie Earle Haley - Cletus Cassidy
Having been arrested and charged Cletus Cassidy is standing trail for the "Chaos Murders". The role would be little more than a cameo, with only a string of small appearances, though his involvement in a sequel would be heavily hinted at by a mid/post credits scene.

The movie would start with a monologue by Eddie Brock reciting events up to this point in his life - Eddie Brock tried to commit suicide upon losing everything, he climbed a church belltower with the intention to jump, but when the tower collapsed Eddie Brock somehow survived unscathed. Given a second chance he has a new vigour for life.

While shadowing the police investigation into the murders committed by the new Sin Eater vigilante in the hope of redeeming himself professionally and finanancially Eddie Brock is being haunted by strange, dark, violent nightmares. The cause - every night when he retires to sleep Eddie Brock unknowingly regurgitates a black liquid that then surrounds him and uses his body to prowl the city, hunting homeless derelicts and siphoning their adrenal glands.

Revisiting the church where he had once attempted to commit suicide, Eddie Brock is introduced to the symbiotes existence when the bells ring the hour. Freaked Eddie Brock flees home and examines himself, shouts at himself and then cuts himself. Watching the freshly cut wound being stitched shut by the symbiote Eddie Brock again freaks before being introduced to the "symbiote" in a scene that would mirror" a similar scene from Sam Raimi's Spider-Man. 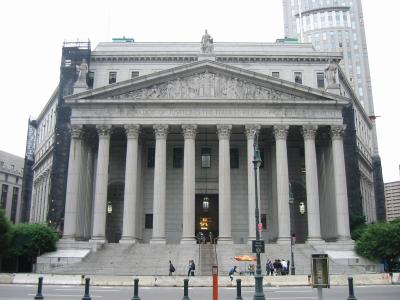 In a pre-climax scene the new Sin Eater sneaks into the courtroom just as the "Chaos" murderer has been sentenced and carried off. Holding the remaining people hostage the new Sin Eater brings to light the sins of Judge Horace Rosenthal before executing him. As the hostages panic and guards pull their guns on the Sin Eater he grabs Anne Weying before escaping in a cloud of smoke, but in the chaos Anne is shot. Eddie says his goodbyes to his ex-wife...

...In the climax, Eddie overwhelmed with anger and despair unleashes the symbiote and hunts down the Sin Eater at his sewer lair. The fight spills out into the alleyways and then the streets, whereupon the police show up and watch the fight in awe and horror (having never seen anything like Venom before). During the battle one of the police officers seizes the ooportunity and shoots the Sin Eater in the back. Wounded, and to deprive Venom of victory the Sin Eater detonates explosives strapped to his chest. Eddie Brocks anger and grief forces Venom to retract, giving the police chance to apprehend him.

In a mid/post credits scene Eddie Brock is carried into a standing bed in Ryker's Island prison before being restrained and sedated. As the prison staff close the cell door a droplet of the symbiote drips a small, jellylike, transparent glob with a small dark center - an egg. This egg rolls along the floor into the adjoining
cell and up the frame of the occupants standing bed, before rolling down the occupants arm and into a deep cut on the occupants arm. The camera then pans up to the occupants face (Jackie Earle Haley as Cletus Cassidy) as they wake up and smile menacingly. 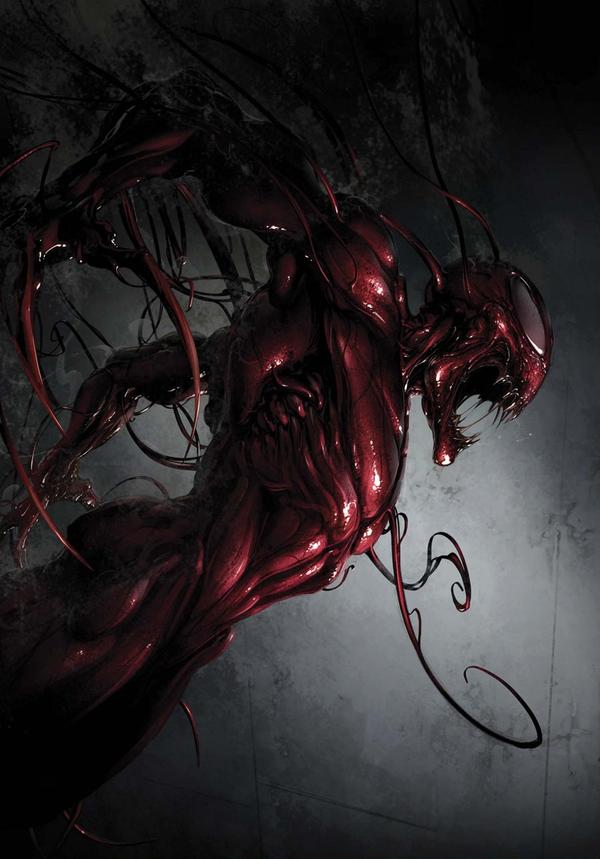 ...of course there would be the potential for sequels, with the second installment in a Venom trilogy obviously starring Carnage. For a third installment the symbiote Toxin could be used as the villain, with a possible ending being that Eddie Brock loses the suit to Mac Gargan, whom could be iintroduced in the second movie as a private Invstigator investigating the attacks on homeless derelicts by Venom. This could all in turn lead to a second trilogy, or possibly a spin off into another media form (TV serial) where we see Eddie brock become Anti-Venom.

As a kid, Venom was always my favorite. I've been praying they make a mature Venom movie for years and stop remaking the same Spider-Man movies over and over.

I agree, Its a badass idea.