As with the Venom proposal, I believe Adi Shankar should helm a Punisher semi-reboot as producer, with Thomas Jane returning in the title role; a valid possibility considering the actors love for the role. However, the problem with the Punisher is the most suitable entertainment medium in which to best utilise the character. Three past attempts at adapting the character for the big screen have, as mentioned, been met with mixed results. Taking this into account as well as the nature of the character as usually portrayed in the comics as a more grounded, plausible hero, I believe that the Punisher should be semi-rebooted as a TV series...

The Punisher
A TV Series Proposal 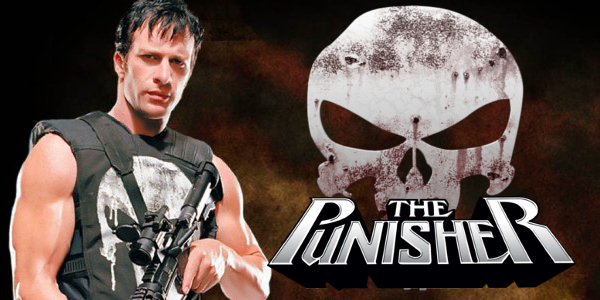 The premise of the TV series would re-introduce Thomas Jane's Punisher from the 2004 movie and the 2012 "Bootleg Universe" short produced by Adi Shankar. 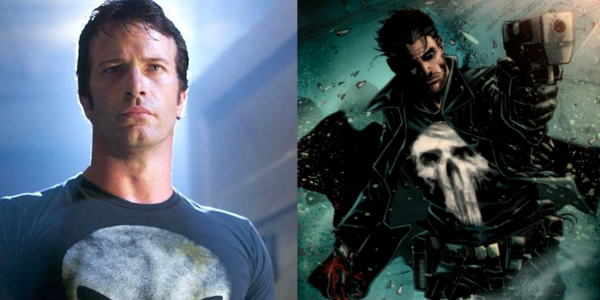 Thomas Jane as Frank Castle AKA The Punisher
Reprising his role from the 2004 movie and 2012 short Thomas Jane would return as Frank Castle. Having travelled coast-to-coast, Frank would arrive in Hell's Kitchen, New York with the intention of just "passing through". Although the character will continue to claim he is just passing through, culminating events will keep him in Hell's Kitchen. 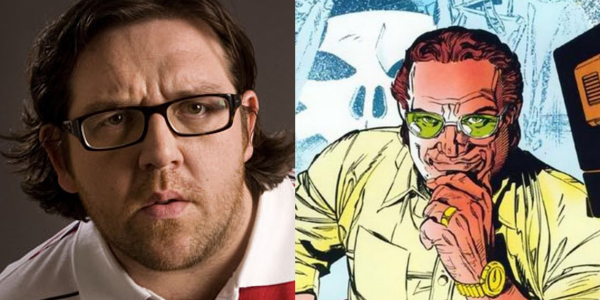 Nick Frost as David Linus Lieberman AKA Microchip
To supply some comic relief and friendship for Frank Castle, British comedy actor Nick Frost would make an ideal Microchip. During the first series Microchip's past would be kept secret, with little revealed other than that he had borrowed money from the Maggia family to start his garage business while secretly developing prototype weaponry. Should a first series prove successful the second series would delve into icrochips dark past. 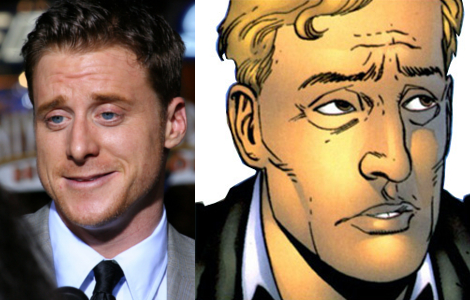 Alan Tudyk as Detective Martin Soap
Adding further comic relief as in the comic book, Alan Tudyk (Firefly) would be perfectly suited as police officer Martin Soap - an honest police officer in a police force beset by corruption. At the start of the series Soap not believing in Frank Castles violent methods would be determined to arrest him, but as the series continues and after a few run in's with Castle Soap would begin to look the other way upon realizing that Castle is systematically cleaning up the city and exposing the corruption within. 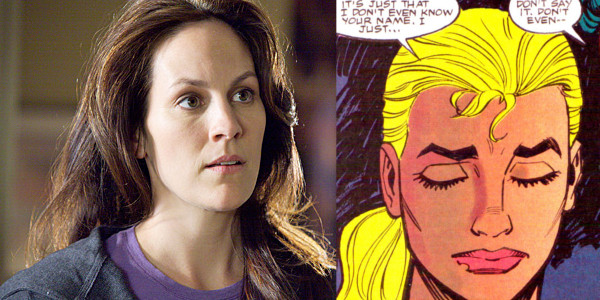 Annabeth Gish as Detective Lynn Michaels
Providing a more grounded performance, Detective Michaels would contrast against the comedic and whimsical attitudes of her partner Soap in the first half of the first series, fully supporting the Punishers violent methods, while secretly idolizing him. As such her partnership with Soap would be devoid of sexual chemistry, and instead beset with constant disagreements and arguments. 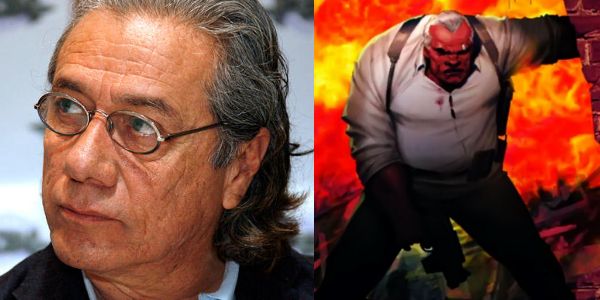 Edward James Olmos as Captain Bridge
Providing further seriousness to counterbalance the comedic relief from Nick Frost and Alan Tudyk, Edward James Olmos would be perfectly cast as Detective's Soap and Michael's commanding officer Captain G. W. Bridge. Hard boiled and strict he would rule his precinct within Hells Kitchen with an iron fist, and would be gradually seen to be collecting info on all the cases relating to Frank Castle. 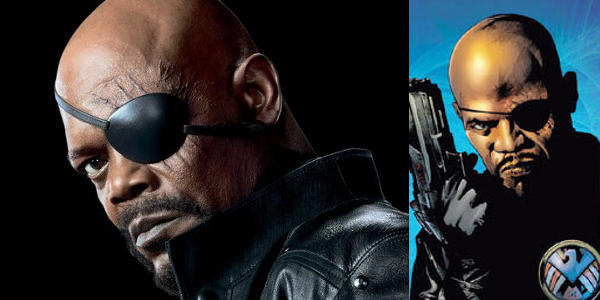 Appearing in the final episodes of the first series Samuel L. Jackson would reprise his role from the Marvel cinematic universe. First we would see him appear at Castle and Linus' hideout, whereupon Castle would reject his approach by saying "I've already told you - I'm not interested!"
Nick Fury would then be seen in the final episode in Captain Bridges office, ensuring the Captain keeps tabs on Castles movements. 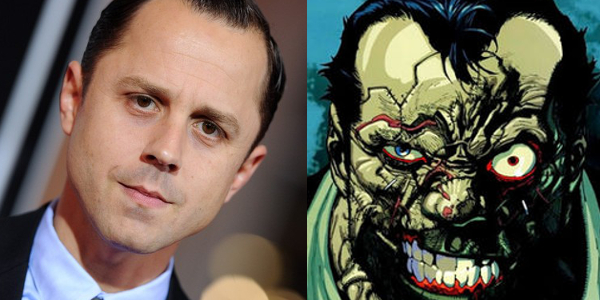 With the Punisher proving to be a source of much annoyance to the Maggia family, and other crime syndicates/families within Hells Kitchen New York, in the last third of the first series the Maggia family would employ the services of sociopathic hitman Billy Russo. Ribisi is ideally suited for Russo, due to his comedic timing, dramatic performances and ability to switch from a low key to a high key performance in a flash.

In a feature length pilot episode, Frank Castle would arrive in the Hells Kitchen, New York, intending on just "passing through". At a bar he would meet David Linus Lieberman, later saving him from a mugging by members of the Maggia crime family - whom he owes money to. Castle learns from Linus that this region of New York is the battleground of various crime syndicates/families that have the public living in fear, with most of the police in the pockets of these many crime syndicates/families. As such these police turn a blind eye to most street and organized crime.

The Maggia family look into the identity of the guy whom attacked their henchmen sent to collect monies owed from Linus. In an act of revenge the Maggia family bomb Castle's van. Castle, now homeless and injured turns to Linus for help before passing out. He awakens in Linus' business - a mechanics garage, in the back room of which Linus develops prototype firearms.

Series One
The first half of the first series would be used to establish the setting and characters, and their dynamics, with Frank Castle making his presence known to each and all of the crime families/syndicates in Hells Kitchen, primarily focusing on the italian-american mob family the Maggia's leading to the introduction of Billy Russo in the later half of the series.
Russo's introduction will lead toward a confrontation with Frank Castle in the climatic final episodes, of which Russo will recieve his trademark facial injuries.

Series Two
Russo will return as Jigsaw, while elements of microchips past will be slowly revealed. Focus will also shift towards the activities of the Irish-American crime family - re-introducring ay Stevenson (2008's Punisher: War Zone) as it's leader, with reports of a masked Punisher copycat in the later half of the series.

Great write-up Gavin! Always thought The Punisher was a badass vigilante. I'd love to see a movie for him done right, didn't care for the ones currently made.