A Kotobukiya Japanese import! Batman returns to Kotobukiya’s hit ARTFX+ lineup of superheroes and villains based on DC Comics characters with all new statues based on Batman: Arkham Knight, the fourth installment in the Batman: Arkham series. Opposing the Caped Crusader on screen and on your shelf is a brand new character with an awesome look, the Arkham Knight! A mysterious combatant who hates Batman and wants to see him suffer, the Knight wears a unique costume with a camouflaged bodysuit, armored extremities, a low-slung utility belt, the Arkham “A” symbol on his chest, and of course a seemingly Batman-inspired helmet with pointed “ears.” Sculpted by M.I.C. and standing in 10th scale, the mystery man barrels forward toward his sworn enemy, one arm up to bash through any resistance and the other holding out a pistol at the ready!

A first for the ARTFX+ series, the Arkham Knight comes with a new modular base system that lets you customize your display with a wide range of options; you can have the villain rushing over rooftops, breaking through a wall, or tackling the hero! With multiple square and rectangular pieces to build up your display plus unique architectural elements and joint parts to hold them all together this set is all about building your own diorama base. Even better, you can really craft your own unique display by combining the Arkham Knight’s modular elements with those of his arch-rival Batman (sold separately) and show off the two fighting in a rich and complex Gotham City environment! Lastly, as a special bonus every bullet hole in the walls of the diorama is approximately 4mm in diameter so it can also display Frame Arms model kits or Modeling Support Goods along with making it the perfect environmental display for other figures or ARTFX+ statues in your collection. 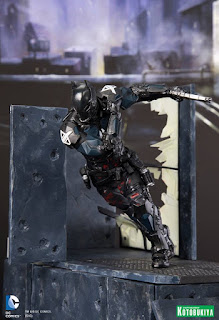 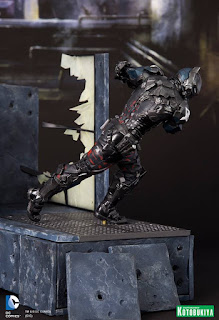 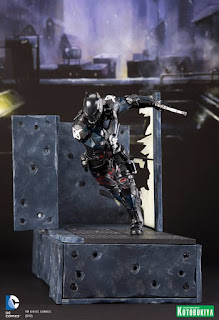 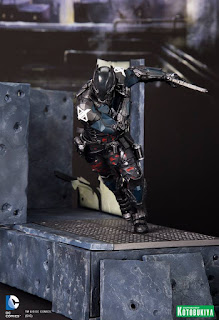 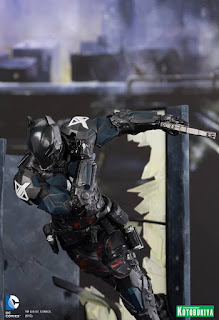 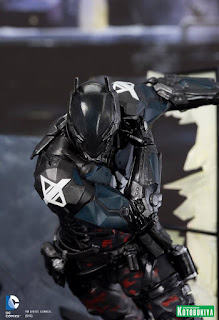 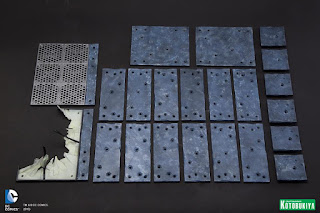 Look for the Kotobukiya Arkham Knight statue to be released this December for a price of $84.99.