On Janurary 23rd, during Shout!Factory's Super Sentai Spectacular marathon, hosted by August Ragone, it was announced that Ninja Sentai Kakuranger would soon be released on DVD.

Given the gap between Dairanger and Zyuranger, it was expected to be quite a wait, but it looks like it won't take too long! The series which was the basis for Mighty Morphin Power Rangers Season 3 and Mighty Morphin Alien Rangers will be released in its original form May 17th, 2016. 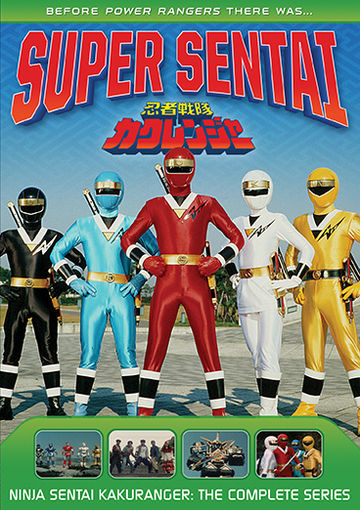 Interesting to note that the box art is the first Sentai release to feature the Sentai in-costume. The series will retail for $53.97.

Excited about Kakuranger? What do you think of Shout!Factory ditching out more Super Sentai? Will you pick up the latest release? Let us know in the comments below.