After the news that former co-writer of the first two instalments in the rebooted Star Trek movie franchise Roberto Orci's chances of becoming director for the third instalment were squashed many Star Trek fans petitioned online using the popular celebrity social network Twitter to have former Star Trek: The Next Generation actor Jonathan Frakes AKA Commander William Riker (Number One) helm the project. Using the hashtag #BringInRiker fans caught the attention of the actor himself, now a fully established director in his own right (Star Trek: First Contact, Star Trek: Insurrection, Thunderbirds). Suprisingly the actor/director, who has also directed episodes of many hit TV shows like Star Trek: The Next Generation/Deep Space Nine/Voyager, Agents of S.H.I.E.L.D. (pictured below), Burn Notice, Falling Skies and Castle, has responded with enthusiasm at the idea in a phone interview with KomoNews... 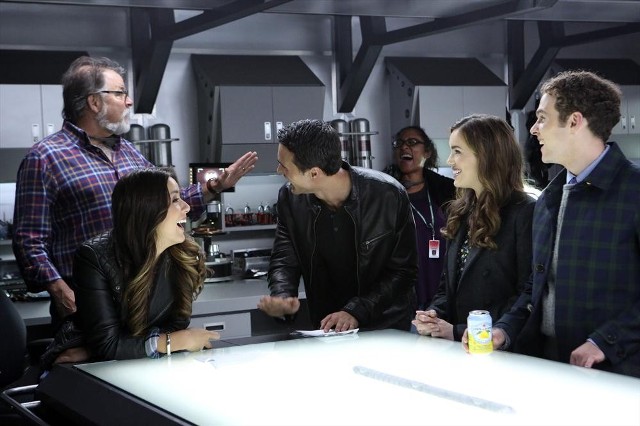 "I'm all over it. I'm all over it. I already contacted J.J. (Abrams), and I got my agent to try and stir the pot at Paramount (Pictures); I would love that job. I say, unabashedly, I'd be great at it and would love to do it... I'm trying to keep the lid on how excited I am about the possibility, knowing it's such a long shot. But there's nothing I would like better."

Having directed for the studio before, and in the same capacity with First Contact and Insurrection we see no reason why Paramount Pictures would not grab this opportunity with gusto. Reportedly up until now former Ant-Man scribe and director Edgar Wright has been the favorite for the position as director, but we expect that position will soon change. KaijuBuildz replied to Opinions on Godzilla vs. Kong and the monsterverse.

Jarod774 replied to Opinions on Godzilla vs. Kong and the monsterverse.

Alphadino65 replied to So what is ya'll favorite dinosaur

Roger G replied to Welcome to the NEW Alien-Covenant.com! (Updates)

Roger G commented on An Alien TV series was in the works... but was scrapped by Fox Studio Execs from the Alien: Covenant website!
More Activity