In 1981 Deborah Harry released her fist solo album KooKoo. The iconic cover art was by H.R. Giger. The LP and single sleeves were based on photos of Harry taken by acclaimed photographer Brian Aris, from which Giger then painted some huge canvasses, creating several variations, one of which is included on the album’s inner sleeve. Giger got the idea for the design after his own experience with acupuncture:

"SINCE I HAD JUST HAD AN ACUPUNCTURE TREATMENT FROM MY FRIEND AND DOCTOR, PAUL TOBLER, THE IDEA OF THE FOUR NEEDLES CAME TO ME, IN WHICH I SAW SYMBOLS OF THE FOUR ELEMENTS, TO BE COMBINED WITH HER FACE." 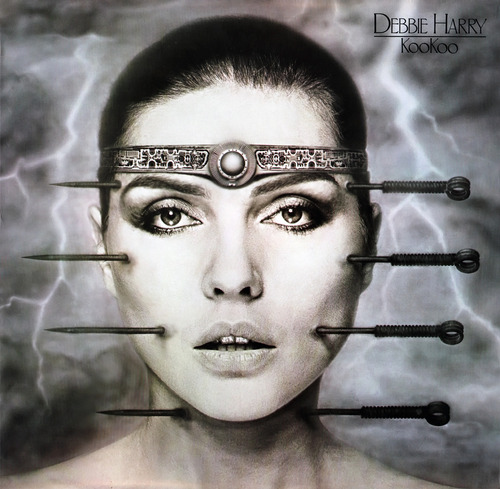 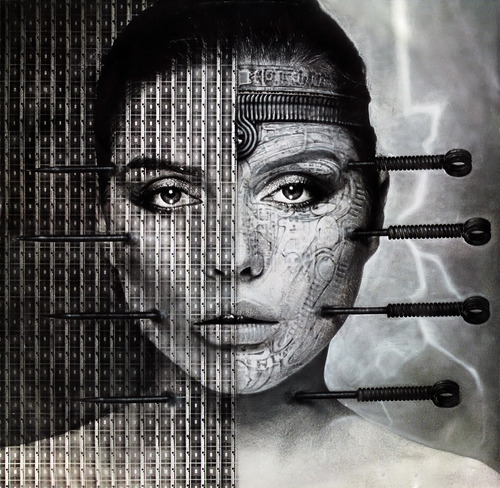 Their collaboration also involved Giger art directing two videos. One for the first single, Backfired, the other for Now I Know You Know. Both feature Harry dancing around sets adorned with Giger’s Biomechanical landscape. When the original director never turned up for the shoot, Giger also took over the directing duties!

The album, was produced by Nile Rodgers and Bernard Edwards of Chic. It was largely ignored by all but devoted fans and the media elite. Chrysalis records advertising campaign, with posters of Harry’s skewered face, were deemed too disturbing, and were subsequently banned from being displayed on London’s Underground network.

Today it's hard to imagine, the controversy the artwork caused. Many stores even refused to stock the album. I bought it mainly because the artwork was by H.R. Giger. However, that cover was destroyed by a friends newly acquired kittens. The furry wee gremlins scratched and chewed it to a soggy, tattered mess! Such is life. Contrary to my normally generous spirit, I vowed, at the time, to never loan out any music or film related items I valued, ever again!

The videos were shot in Giger’s studio in Switzerland. Giger painted Harry’s face and neck and created the skin-tight body suit she wears for Now I Know You Know. H.R. Giger also appears in Backfired as a masked magician-type character. In the opening scene he places needles into a Giger-Sarcophagus. Then later, he mimes to the male backing vocals. It’s all very…..umm…..80’s!

In a curious BBC2 Newsnight special from 1981, Debbie Harry and H.R. Giger are interviewed.