Last summer, the year of Godzilla's 60th anniversary, a historic event for the western fandom was made possible through donations & support. The concert, Ifukube 100: The Legacy of Monster Music, not only honored the Monster King's 60th, but the late maestro Akira Ifukube's 100th birthday. The landmark concert was nominated for a Rondo Award and has been praised by fans and critics alike.

It's time for round two! Producers John DeSentis and Chris Oglio return with a new Kickstarter campaign to fund Symphonic Fury! The Music of Japanese Monsters. The concert will usher the North American debut of the Godzilla Symphonic Fantasia; three suites of music that feature Ifukube's best work in the Godzilla series and other science fiction including War of the Gargantuas, Atragon and more.

Even more staggering is the concert will open with Ko Otani's work! Otani is the mastermind behind the music heard in the highly acclaimed Gamera Trilogy. Pieces from the widely lauded Godzilla, Mothra, King Ghidorah: Giant Monsters All-Out Attack will also be played. Not only is this the first time Otani's work will be played in North America, but it will be the world premiere of his kaiju scores live in concert. It's a long over-due honor for one of giant monsters' finest composers.

To pledge, please follow the link: SYMPHONIC FURY! THE MUSIC OF JAPANESE MONSTERS

Fans who donate will receive rewards depending on the amount. (One reward is a recording of the concert!) But no matter what you donate you will receive a thank you in the concert program. This means even if you can't make the show fans have a chance to be a part of very important history in the genre. Getting this project funded not only makes history, but it keeps the genre we love relevant. This is an unprecedented project, even after the groundbreaking Ifukube 100 performance. Lets make this happen! 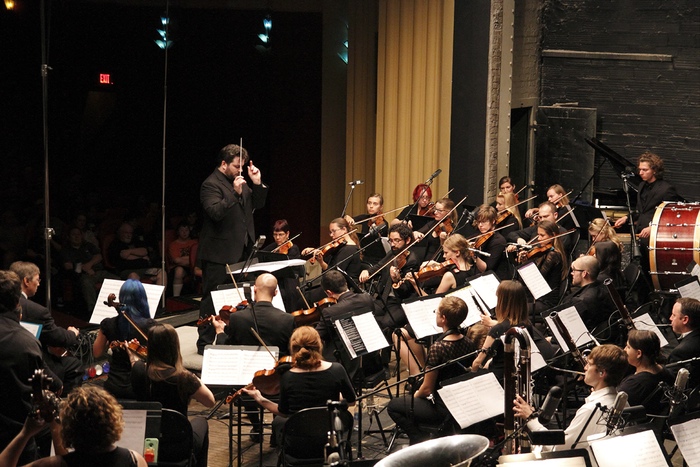 And make sure you pick up a copy of Ifukube 100: The Legacy of Monster Music.

Huge thanks to John DeSentis and Chris Oglio who have worked so hard for both the fandom and genre.

*Concert images and logos created by the Producers of Ifukube 100: The Legacy of Monster Music & Symphonic Fury! The Music of Japanese Monsters. Logo juxtaposed with Godzilla & Gamera edited by Scified.