"We'll tear your soul apart."
"Demon to some, angel to others."
"We have such sights to show you." 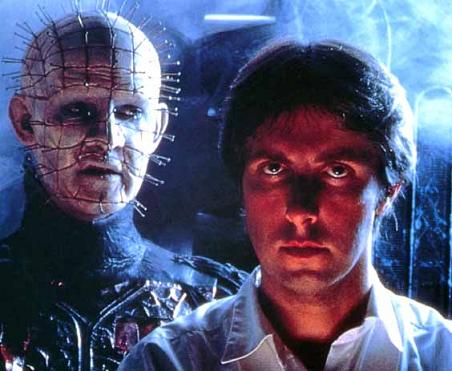 Hellraiser, written, produced and directed by the prince of horror himself Clive Barker in 1987, based upon his novella 'The Hellbound Heart' released only a year earlier. When I first saw this movie I was blown away by the sadomasochistic imagery, the haunting score and the darkly powerful performance by Doug Bradley as the Lead Cenobite AKA Pinhead (a name Barker has never liked). The movie featured some distinct differences to the original novella, but these changes made the story better, adding more threat and jeapordy for the character of Kirtsy:

Only a year after its release Hellraiser was followed by its first sequel, Hellbound: Hellraiser II, this time directed by Tony Randel. Although not a terrible movie, and while it remained much in a similar vein to the original, the movie did have elements of dark humor, beginning a downward spiral, that would lead to another seven sequels, each progressively worse than the one before, essentially becoming run-of-the-mill gorefest movies with Pinhead making cameo appearances, with next to no connective elements to the original movie. As such the franchise withered and died.

At the time of writing this post (29/11/2013) recent news announced that Clive Barker was writing the screenplay for a remake/reboot of the Hellraiser franchise, with a deal already in place with Dimension films. As such, here is my proposal/WIP for the first installment in a rebooted Hellraiser trilogy...

Unlike the original run of movies, this trilogy would follow very closely, the character of Kirsty Cotton. Telling her story over the course of the three movies in relation to the 'Lemarchand puzzle box' AKA the Lament Configuration, its history and the history of the Cenobites. 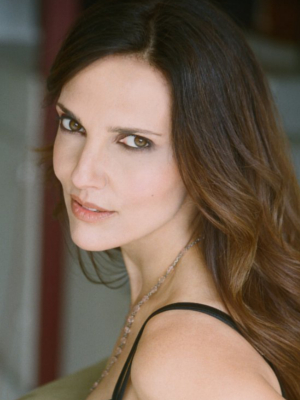 Although I am unsure as to whom should play most of the cast, I feel that it would be a fitting passing of the torch that Ashley Laurence, whom originally played Kirsty in 3 of 9 previous movies, should play the role of Julia Cotton - the love torn, conflicted wife of Larry Cotton and former lover of his brother Frank Cotton.

Although I preferred Doug Bradleys many renditions of the character we all know as Pinhead, I feel that for a new trilogy a younger actor (in their 40's maybe) should take over the role, but that they should be cast to ensure they suit the iconic makeup. Furthermore I feel the costumes could be slightly amended (only slightly), with Pinhead's having more "priest-like" elements. 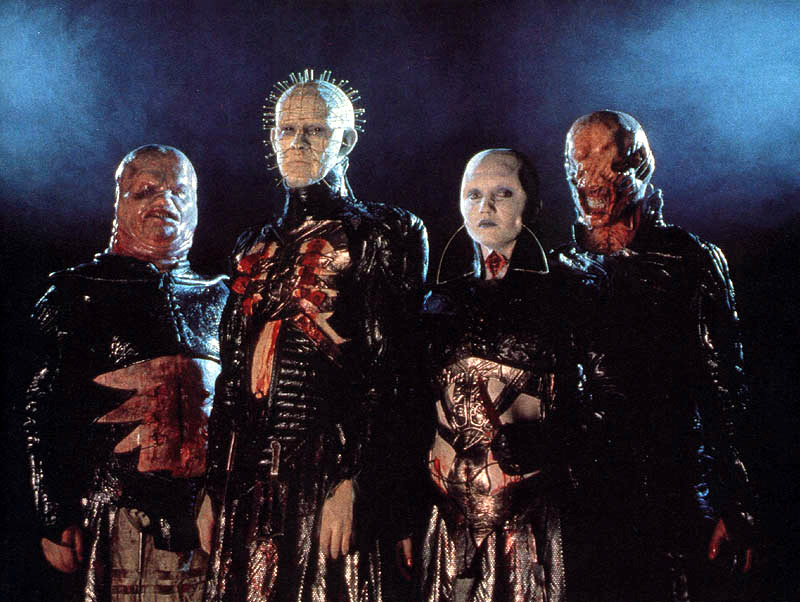 The first movie in the trilogy would for the most part be a retelling of the original movie, albeit with the scenes from the original filmed with a quicker pace. However there would be many additional elements added to the narrative to separate it from the original:

Opening Scene - The opening scene will be of a lower key than the original, with a flythrough throughout the Cotton's home showing evidence of Frank Cotton's time there (nude photographs, needles, bongs, S&M gear), and finishing on the puzzle box.

The Puzzle Box - The box would be found by Larry upon moving into the old family home. Assuming it to have belonged to his late grandmother (the former owner of the house) Larry places it high upon a bookcase as an ornament. During the housewarming party scene both Kirsty and Julia will give the box repeated glances. And finally, Julia will study it as she visits Frank in the attic, whereupon he will snatch it from her before warning her of its power. 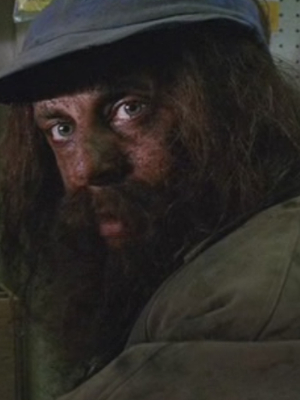 The Derelict - throughout the original movie the Derelict was seen to be almost stalking Kirsty, but the reason as to why was never explained. Again, in this remake the Derelict would be seen to stalk Kirtsy - appearing at the pet shop where she works, outside the Cotton's home etc. In each of these scenes he will be seen within the vicinity of pidgeon's, or holding a dove (why - see Hellraiser: the Hellbound Soul).

The Cenobites - When Frank warns Julia of the power of the box, he will relate to her the existence of the Labyrinth and of the Cenobites; followers of the Order of Gash and servants to their god the Leviathan. His voiceover will accompany footage of the aforementioned, although obscured so as not to reveal them too soon.

Dr. Channard - Upon waking up in the local hospital after passing out in the street from the shock of discovering Frank in the attic, Kirsty's doctor will present himself as Dr. Philip Channard. Before leaving her room for the night he will pass her the puzzle box. The following scene whereupon Kirsty meets the Cenobites will this time be observed by Channard via a security camera pointing at a mirror strategically placed in Kirsty's room. After allowing Kirsty to escape (to prove to them that Frank has escaped them) the Cenobites will appear before Channard in his office (See Hellraiser: The Hellbound Mind), aware of his voyeurism before killing him, somehow knowing him capable of treachery.
In these and all subsequent scenes in which the Cenobites will appear, more Cenobites will be visible behind the main ones in the "tunnels" with their whispers and mutterings audible and adding to the uneasy, horror atmosphere of these scenes.

The Ending - In the original, Kirsty and her boyfriend Steve attempting to burn the puzzle box, but it was rescued by the Derelict before he transformed into a skeletal dragon - a scene which made no sense. This reboot would have a lower key, yet more intriguing ending.
Upon escaping the collapsing house Kirsty and her boyfriend Steve run from the collapsing building, leaving the box in the rubble. The Derelict will then appraoch the ruins of the house, picking up and dusting off the box.

Julia Cotton - In a mid-credit sequence Frank Cotton will be shown being prepared for torture, Pinhead and the female Cenobite nearby. Arrogantly Frank will declare he has become bored of their torture, at which Pinhead will announce it is not he whom will be seeing to Frank. From behind a confused Frank and out of the darkness would step Julia, now a Cenobite, holding a rusted blade before greeting Frank "Hello... lover!". Fade to black slowly as Frank screams with renewed fear.

Be sure to come back soon for details regarding the sequel - Hellraiser: The Hellbound Mind!