Recently the domestic and international trailers were released for the all-female Ghostbusters reboot directed by Bridesmaids director Paul Feig. Within 24 hours both trailers, released 3 months late were met with an overwhelmingly negative reception fom fans and critics with the trailers on Sony Picture Entertainments official Youtube channel recieving twice as many dislikes as likes, and many video reaction and movie review Youtubers joining in the hate campaign against the movies trailer.

Not content with being met with almost universal hate the trailers have sparked controversy with allegations of racism in how how Leslie Jones character is depicted, and allegations that Sony have been deleting negative comments on their official Youtube channel in an attempt to curb the backlash aginst the movie. All of this is amidst rumors that members of the crew and the cast, even the original stars that cameo are under the control of NDA's to prevent them from adding to the negativity surrounding the movie - notice that while no one involved in the movies production has slated it, only director Feig has defended it. 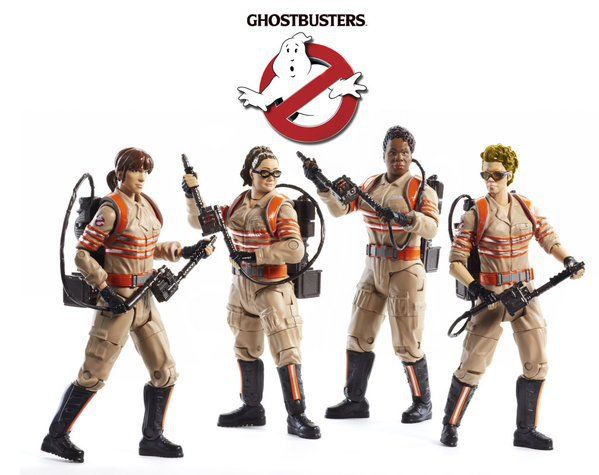 With a $154 million production budget and up to a $100 million marketing budget, Paul Feigs Ghostbusters will have to, at the very least recuperate those costs before it can generate a profit and be considered a commercial success. Add to the bill the start up costs for Sony Pictures Entertainments Ghost Corp venture, and the inevitable loss from merchandising deals (as pictured above) and the future really is looking bleak for the movie.

Now courtesy of Forbes another nail has been piledrived into the coffin that will sit in the grave that Paul Feig and Amy Pascal have dug themselves, with half of Captain America: Civil War's directing duo Joe Russo relating that he and his brother Anthony will no longer be producing, directing or even contributing to the 'planned' all-male Ghostbusters spin-off which was set to star Chris Pratt and Channing Tatum, and that their involvement was never really secured in the first place...

"There is no status with that for us. There was a period there when Paul Feig was engaging Sony in talks about Ghostbusters and we were also engaging them. He was further along with his process than we were and he closed his deal so that’s the only Ghostbusters world that’s being explored right now over at Sony. Once we took Infinity War it [took] us off the table for any kind of any potential work on a Ghostbusters project."