When it comes to the selection of multiplayer characters Halo has always fallen short. Halo 4 did allow players to create their own Spartan IV, but this proved to be the only multiplayer character available to the player. In some previous Halo games the player was also given the choice to play as a covenant Elite; an option that should return for future Halo games, allowing Spartan IV vs Elite matches.

Although the following proposed ideas of Greater Armor Customisation and Custom Armor Skins reference the use of Spartan IV's, they should also be available to a players Covenant Elite character, allowing players to fully customise their online representation to their liking.

A selection of the available Elite armor sets available in the Halo franchise.

In Halo 4 players could customise the look of their Spartan IV by unlocking and selecting parts of complete armor sets such as the Pioneer Armor Set or the Recon Armor Set. While this did allow a certain level of customisation, the ultimate choice was limited to 6 components - Head, Left Shoulder, Right Shoulder, Forearms, Body and Legs. Yet it should be possible to customise each component by interchanging, adding and/or removed elements of said component.

For example each Spartan armor set has its own custom helmet, as such each helmet could be made up of 6 key elements - Top Piece, Rear Neck Guard, Left Side Panel, Right Side Panel, Chin Guard and Visor. Being able to interchange, add and/or remove any and each of these components from each of the vast choices of helmets available would allow a much greater level of customisation for the player, which could be increased upon even more with the ability to add/remove extra, superficial components such as (for helmets) sunguards, radio antennae, torchlights etc. Extending this to every piece of armor would allow players to create a truly unique, customised armor set.

Rather than just choosing the armor on your Spartans legs, you could choose the boot, shin guard, knee pad and upper leg armor components. Instead of selecting a preset body armor, you could instead choose the chest panel, stomach panel, back panel, thruster set, while adding/removing elements such as air cannisters, ammunition packs etc.

A selection of the available Spartan IV armor sets available in the Halo franchise.

In Halo 4 each armor set came with at least two alternate skins, of which players could choose the primary and secondary color of said skin. This allowed only a limited amount of customisation to players. Whereas, if the aforementioned Weapon Skin Editor was also available to create Armor Skins, then each players Spartan would truly look unique.

To recap on the Weapon Skin Editor:

"In the Gears of War Franchise the weapon skins come in two forms - materials overlaying the weapons existing material and animated materials, each of which either cover the whole weapon or key components of the weapon. Two examples (pictured above) would be the Liquid Green or Xbox skin (which features an animated green material on key components of the weapon) and the Infected skin (which features a static overlay of the games Crimson Omen, with a glowing effect overlaid over the front of the weapon). In comparison the Call of Duty franchise features user created custom emblems as its form of weapon skins, in which players create emblems to place upon their weapons using an editor in which custom created livery is created through the manipulation of graphical primitives such as basic shapes, letters and gradients."

"By combining both the Gears of War and Call of Duty approaches to Weapon skins the Halo franchise could expand its weapon customisation options by allowing players to create their own custom weapon skins, either as static or animated materials that either overlay the weapons existing material or replace key components of the weapon, or the whole of the weapon. Such custom creation can be based upon the Call of Duty Emblem Editor. Using such an editor would grant players the ability to create a plethora of weapon skins."

As with the Weapon Skin Editor, such a feature would be open to abuse by the childish and trollish, with the capacity to create offensive and inappropriate materials. Yet, as with Forza Motorsport, a simple "Report Content" feature would allow such content to be deleted by 343 Industries/Microsoft Game Studios, with the necessary action being taken against the author of the reported content.

As such players would be able to create unique Armor Skins that could be static and/or animated, covering all of the armor, or set components of the armor. 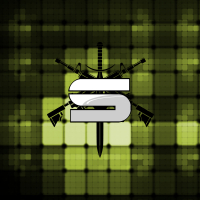 Finally the very same primitive shape, layered editor could also be used by players to create their own, custom emblem replacing Halo 4's limited Emblem Editor, thus allowing teams/clans to be easily identified by their sharing of their team/clan emblem, much like they do in Call of Duty and Grand Theft Auto Online.

Next time in Snorkelbottoms Workshop we will continue with Halo: Ultimate and look at Armor Abilities!