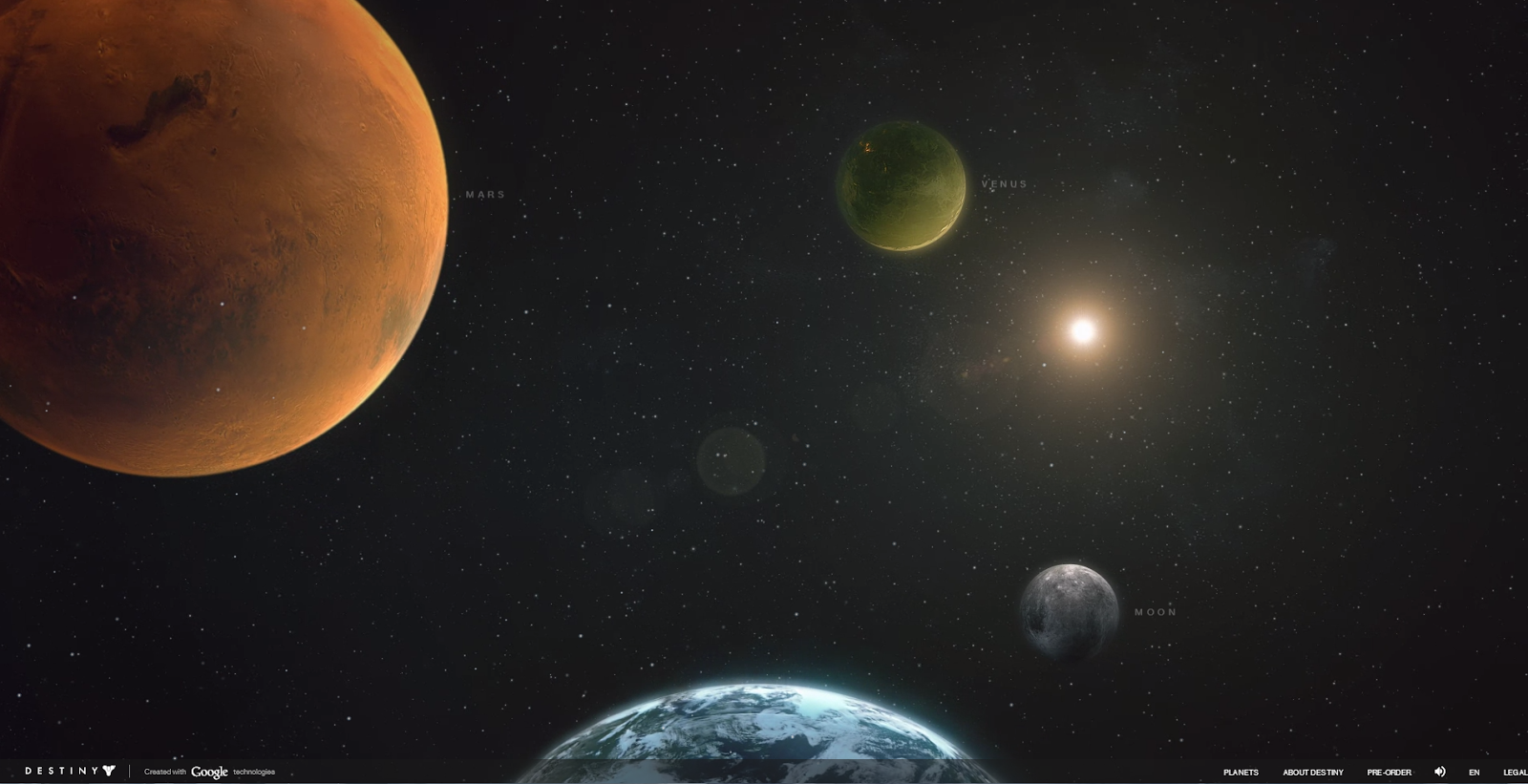 When it comes to advertising campaigns you can expect most games companies to do the usual, magazine coverage, convention stool, developer diaries. Bungie hoever have decided to go that EXTRA step. Infact let me correct my self, Galactic mile!!!!

Bungie and Google Maps have teamed up to advertise the new first person shooter in the most extraordinary way. Visit Destiny Planet View and explore the local solar system in the Destiny Universe. Still in our solar system of course just the time period Destiny is set in. You can explore Earth's Moon, Mars and Venus through a Google Map interface. As far as I know this is the first game to ever be mapped in such a way via Google's help

Publisher Activision had this to say: "Created using Google Technologies, Destiny Planet View gives fans an immersive first look at Destiny's in-game locations on Mars, Venus and the Moon. While the experience only reveals a small slice of Destiny's massive worlds, users will be able step through each area and discover useful lore, gameplay tips and even a few hidden real-world and in-game incentives along the way."

This has to be one of the coolest most original ways to promote a game that I have seen in recent years. Exactly a week until Destiny comes out, this has only made me want to camp up by my front door and attack the mail man when he delivers my pre-order

Destiny is available across Xbox and PS platforms on September 9th