Entertainment Weekly released the first official photo of the cast from Power Rangers and although the cast has been known for some time this is Lionsgate's first image of the team together. It seems this iteration will be more or less forgoing the color coded clothes.

From left to right we have RJ Cyler as Billy the Blue Ranger, Naomi Scott as Kimberly the Pink Ranger, Ludi Lin as Zack the Black Ranger, Becky Gomez as Trini the Yellow Ranger and Dacre Montgomery as Jason the Red Ranger.

“From the very beginning, diversity was a very important part of the whole process. We switched all of the races around, but we made sure that the essence of each of those characters are who they were in the original show, and this really will be an origin story of those characters.” 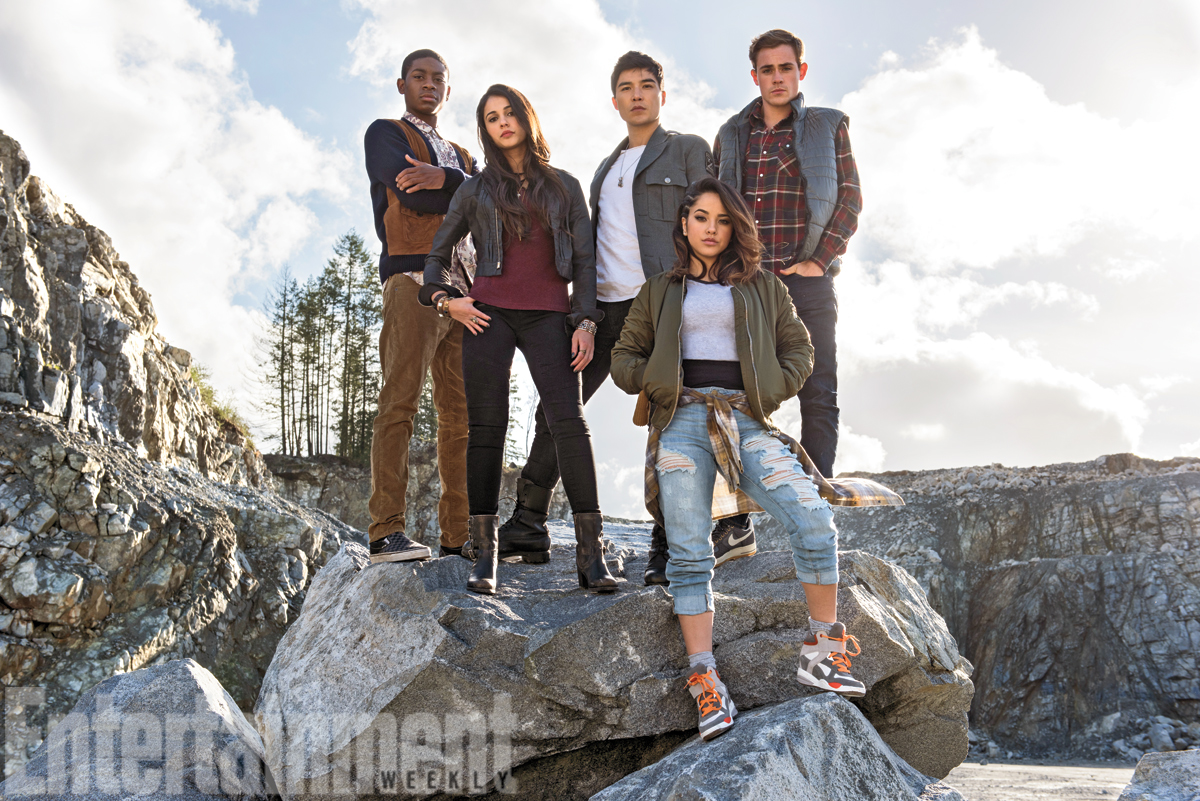 They look like a fairly solid team from this photo, but will they be suitable successors to the characters fans fell in love with in 1993? And will the final costumes reflect the Zyuranger designs that became so popular in the states?

“We’ve really pushed ourselves to make them feel different from any other superhero costume that’s out there … really modern, edgy, badass, aspirational quality,” said Israelite, “One key that’s different to the Power Ranger suits is that they’re not really suits that people get into. They’re suits that morph onto our kids, so they already have this almost metaphysical quality to them.”

Hopefully “modern” and “edgy” don't translate to “unrecognizable” in the long run. How do you think the production is shaping thus far? Let us know what you think of the new Rangers in the comments, below.