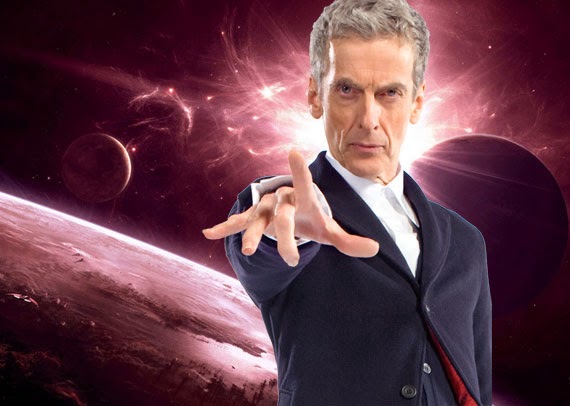 Since I will be reviewing Dr Who season 8 and also sharing the reviews here as well as on my site, I though I would upload this initial post from 3 weeks ago so that you can get up to speed with why I am a fan of the Doctor and to work out the rating system. It is not a traditional A-F, -/10 or stars rating system, OH NO!

So tonight saw a new Doctor, an older Doctor...again.What did I think?Well as some know I was actually against the Doctor being played by younger actors when the BBC announced the show's reboot.I was adamant that the Professor be played by a wise and aged actor.Eccleston didn't prove me right, I did not like his Doctor but that was due to more, than anything, the writing and the difficulty in bringing any franchise back after such a long stasis.
David Tennant made Dr Who, along with better scripts, a global hit that even out did the success of the original run.I remember sitting there and waiting for the official unveiling of the new regeneration, I even made a night of it, then boom Matt Smith! I was not impressed!There were a lot of rumours at the time about other actors lined up for the role and Smith, basically an unknown, seemed like a "someone is getting fired" casting call.Yet how wrong can someone be!I love Matt Smith's Doctor.Sorry but I prefer his overall performance more than Tennant's.I know that is not just down to Smith, the writing finally peaked and the production values hit a new level of epic!Finally a BBC show was indistinguishable from a CW, HBO or NBC series!It has gotten to a point now where Dr Who no longer pales in comparison to US shows and is equal, even verging on being better in the production side of things.
I grew up on Dr Who and Blake's 7 along side The A-Team, Knight Rider, Airwolf and many other wicked cool TV shows. The American shows always had that extra edge though...well compare Dr Who 1978 and Tom Baker to Battlestar Galactica and Dirk Benedict!Battlestar was at the start of serious blockbuster sci-fi mania, in other words STAR WARS MANIA!!!The new benchmark had been set, and yes Dr Who was still awesome but expectations had changed.Star Trek offered a similar show to Dr Who, the thinking persons science fiction, but Star Wars changed the world.Not that Star Wars is a mindless popcorn flick, far from it! However Star Wars did take sci-fi "mainstream".Dr Who and Star Trek were amazing because of the questions they asked weekly.What is right and what is wrong? What is moral? What is justifiable? Are we to judge?Dr Who presented audiences with one of the greatest questions in sci-fi history.In the episode Genesis of the Daleks Tom Baker's 4th Dr has the ultimate decision whether to destroy an entire race, of basically space Nazi's, or think beyond petty vengeance and think of the bigger picture that spans space and time.Does he go Skynet on Davros, thus retroactively stopping the megalomaniac pepper-pots that have ray guns and plungers? Or does he sacrifice countless worlds because of the alliances and advancements planets make in the fight against this "necessary" evil?Or does he think that once they get bored with intergalactic tyranny they will all just get jobs at Dyno Rod?    That's what Dr Who and non JJ Star Trek is about, presenting those kind of dilemmas.
So with a new face and new kidneys in the Blue Box I shall rate each adventure on my little curve!Yes I am most definitely a mad man with a curve!
Check back tomorrow when I do the full Deep Breath review and rating, I just wanted to give you guys the concept of this new feature.Now I have to go as somewhere there is danger, somewhere there is injustice and somewhere else my beer is getting warm. 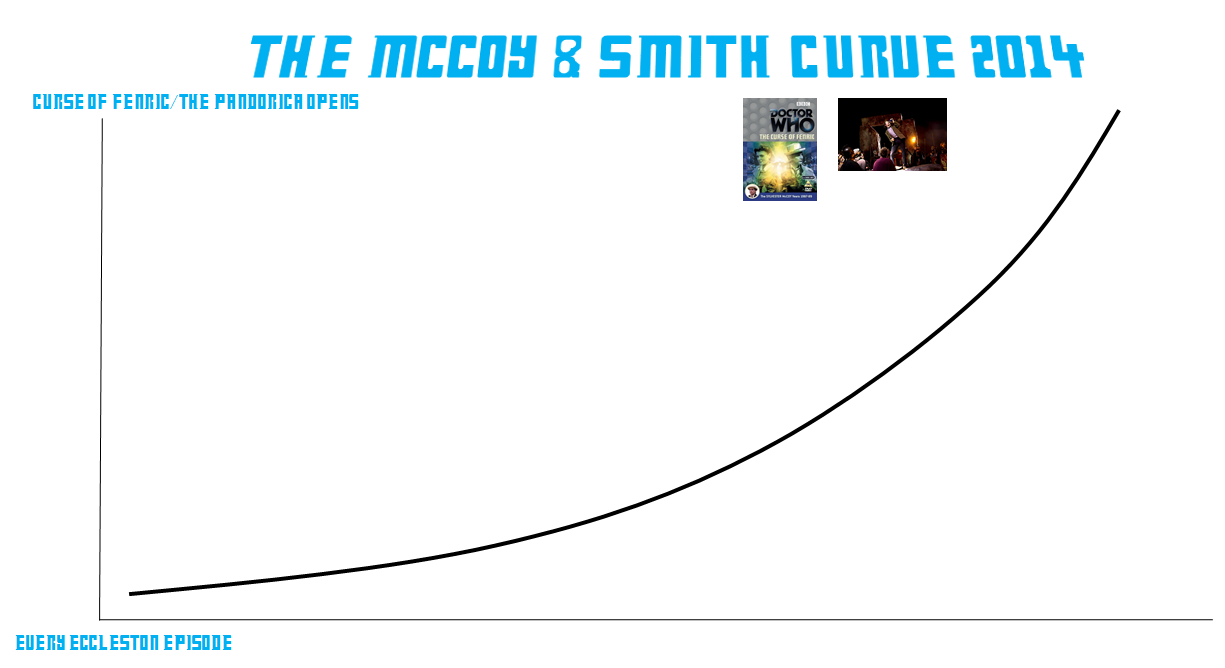