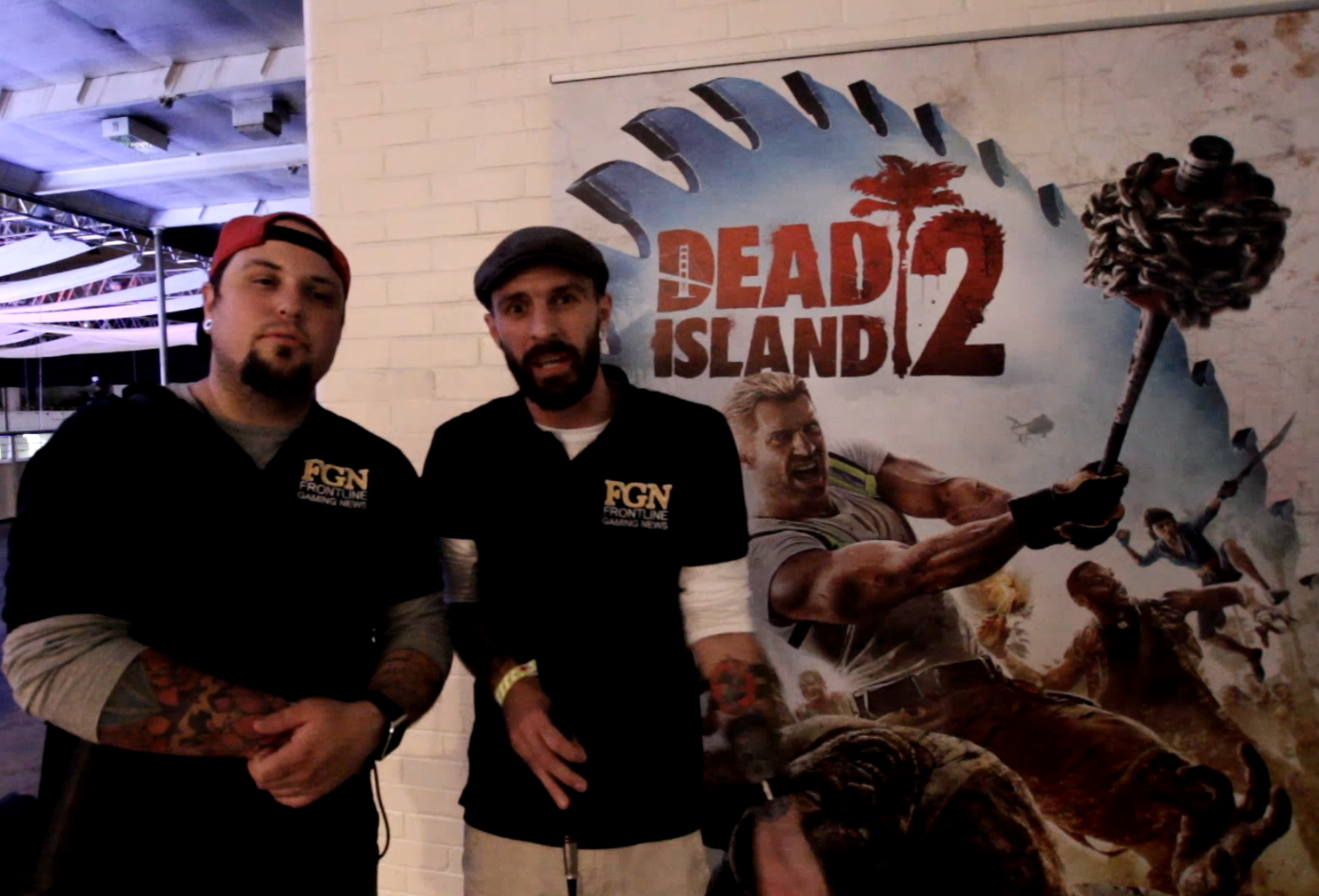 Being British you would expect us to be well crafted and “okay” with queing for long periods of time for say, a tin of baked beans or a loaf of bread, forgetting your nan asked you for medium and not thick sliced, jumping out of the queue and then having to do it all over again. This is what It felt like a EGX2014 while waiting in line for the very pre-alpha gameplay build of Dead Island 2…

We are given 12 minutes to run around a section of California that resembles what I can only assume is the blood soaked, acid trip of Andy Warhol; the colours are INCREDIBLE. It’s almost breathtakingly too much to take in but the last few Dead Island games, although being set in paradise, to me, didn't come across very captivating in the eye department; Dead Island 2 however is everything but that. The colour of the Californian suburb you’re thrown in to is mixed incredibly well with the rotten apocalyptic setting that has descended upon the beautiful Hollywood back drop. If it wasn't for the countless amounts of zombies as far as the eye could see and the fact that the concept is to survive not being eaten for 12 minutes, then I would have happily strolled around this pre-alpha world taking in everything they have built and crafted so brilliantly. Fellow FGN colleague Sam, and myself, were dropped in to the game with 2 other random players, instantly expressing the co-op aspects. Although we were all running around in our own little bubbles there wasn’t a sense of needing to team up; most likely because we only had 12 minutes. The game played out exactly where Dead Island & Riptide left off in the sense that your world is littered with Items that you will come to use throughout your journey, gathering them in to a bottomless pit like Inventory. I came across blue prints for a weapon modification but had no Interest in looking for what exactly I needed as I truly didn't

feel like I had the time. I was also unsure as to what character of the 4 available I was playing as but what I do know is she(?) was pretty damn handy with a medium sized blade and also packed a lovely spray and prey ghetto like Uzi, oh and was bloody quick as ‘well.

So, looking further IN to the game after looking at what exactly the casing has to offer, beautiful textures, colourful captivating scenery and a really original bright apocalyptic feeling, in my outright honest opinion we really don’t need to be able to play the game right now. Although it is expressed that it is heavily Alpha at the stall and by the community manager while he announces what exactly you’ll be doing in the demo the Dead Island 2 FEELS so unready it’s disappointing. One thing I will say is that your character finally doesn’t feel like they have a tonne of bricks on their back and feet. Yager have clearly noted this problem from the last games and really touched up on the movement aspects. What a difference it makes to actually feel like you have human like reflexes within the character you’re controlling. Other than that though the game was too buggy and clunky, in my opinion, to even warrant the need to let fans try it out. I understand that It is being heavily anticipated,  the option is there, but as Sam quite rightly states in our EGX2014 video, the franchise can sell its self at this point.

I won’t go writing Dead Island 2 off in any way, you would be stupid to even do so, but although it disappointed me queueing for an hour to play a text book alpha product; it’s leaving me excited for the stable product like you wouldn't believe.