Fans of Greg Capullo's amazing art in the current New 52 Batman title will be pleased to know that more figures based off his phenomenal work are set for release this coming March. A total of four new Greg Capullo Designer Series figures were revealed this weekend, but only two have been revealed so far.


Check out Wonder Woman, complete with her sword, and the Joker, featuring interchangeable heads, a gun and an ax. Both figures will be in the 6.5" - 7" range, feature plenty of comic accurate details and come encased in collector-friendly window box packaging! 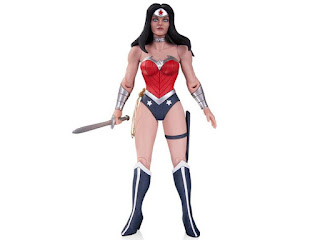 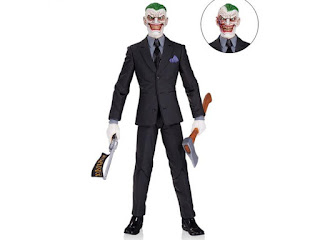 Also coming in this wave are brand new Greg Capullo Designer Series figures of The Flash and Survival Batman, but, these figures have yet to be revealed.

Regardless, we're very impressed with the two new figures pictured above. The Joker looks down right psychotic and is a vast improvement over the version released in the DC Super-Villains line a few years back.

Wonder Woman also looks good, although some fans have been complaining about the overall head sculpt and paint work on her face. As usual, we recommend seeing the figure in person before passing final judgement. The Capullo Designer Series has some of the best action figures we've seen from DC Collectibles, so we're betting the final production pieces that end up at retail will follow in the footsteps of those figures that have come before it.