DC Collectibles kicked off 2014 with a teased look at another Deluxe-sized figure for their popular Arkham line of action figures - Clayface. Now, the in-house collectibles brand of our favorite comic company has gone a step further and revealed the awesome figure in full!

Standing at over 13" tall, Clayface is based off his appearance in Arkham City, and is the largest action figure ever produced by DC Collectibles!

He'll feature 11-points of articulation, an interchangeable head, swappable arms and more nuance and texture than an award-winning screen performance. This upcoming Arkham City Clayface Deluxe figure is a piece that is sure to put all your other action figures to shame!

But, with a larger then life character like Basil Karlo, that's only proper!

What an awesome way to kick off 2014! As can be seen from the images mirrored below, Clayface really does dwarf previous offerings from DC Collectibles, towering over the likes of Solomon Grundy, Killer Croc and Titan Joker by quite a bit! Granted, there won't be much articulation on this one, but, at least to this DC Comics fan, that really doesn't matter when you see just how awesome this figure will look in any display!

Look for Basil Karlo to hit comic shops and specialty e-tailers later this year! Until then, enjoy the included images of this amazing figure! 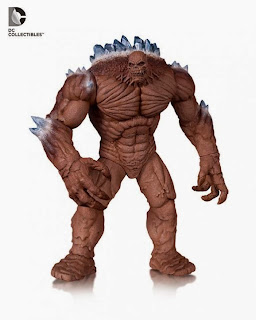 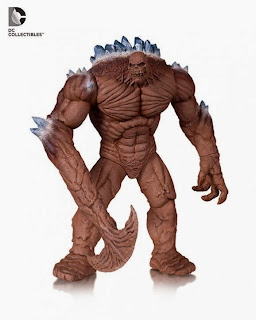