Coming hot off the heels of the announcement that they are teaming up with IDW and 2000 AD to bring Mega City One's legendary lawman between Hollywoods two iconic warring alien races; the Alien and the Predator comes new reports that the fan favorite comic book giant Dark Horse Comics has teamed up with BOOM studios for another, somewhat less predictable crossover, bringing Egar Rice Burroughs' King of the Jungle up against the might of the Caesars Ape kingdom...

Featuring art from Fernando Dagnino, cover art from Duncan Fegredo and co-written by Tim Seeley and David F. Walker the all new crossover will see Apes Zira and Cornelius raise Tarzan alongside their son Milo.

Also, if you are a Tarzan fan check out the latest trailer for the new Tarzan movie The Legend of Tarzan, due for release July 1st, at the bottom of the article... 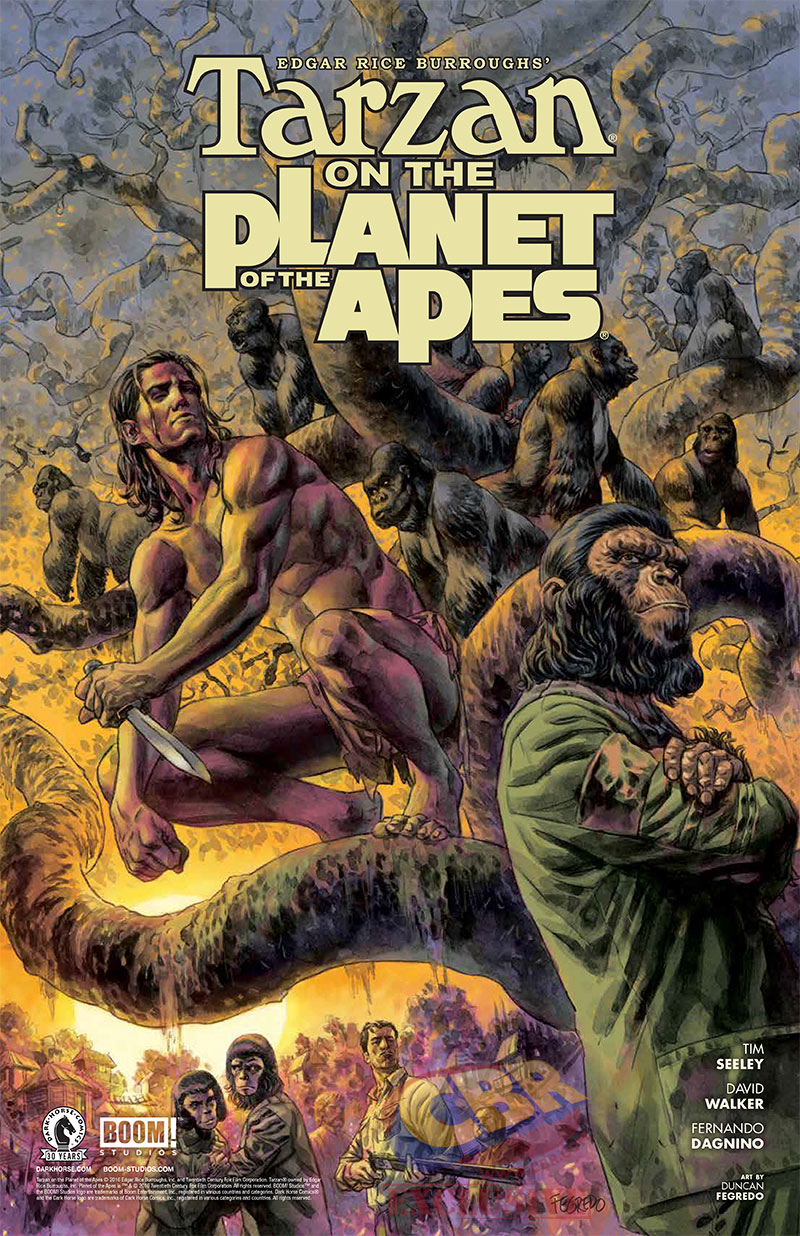 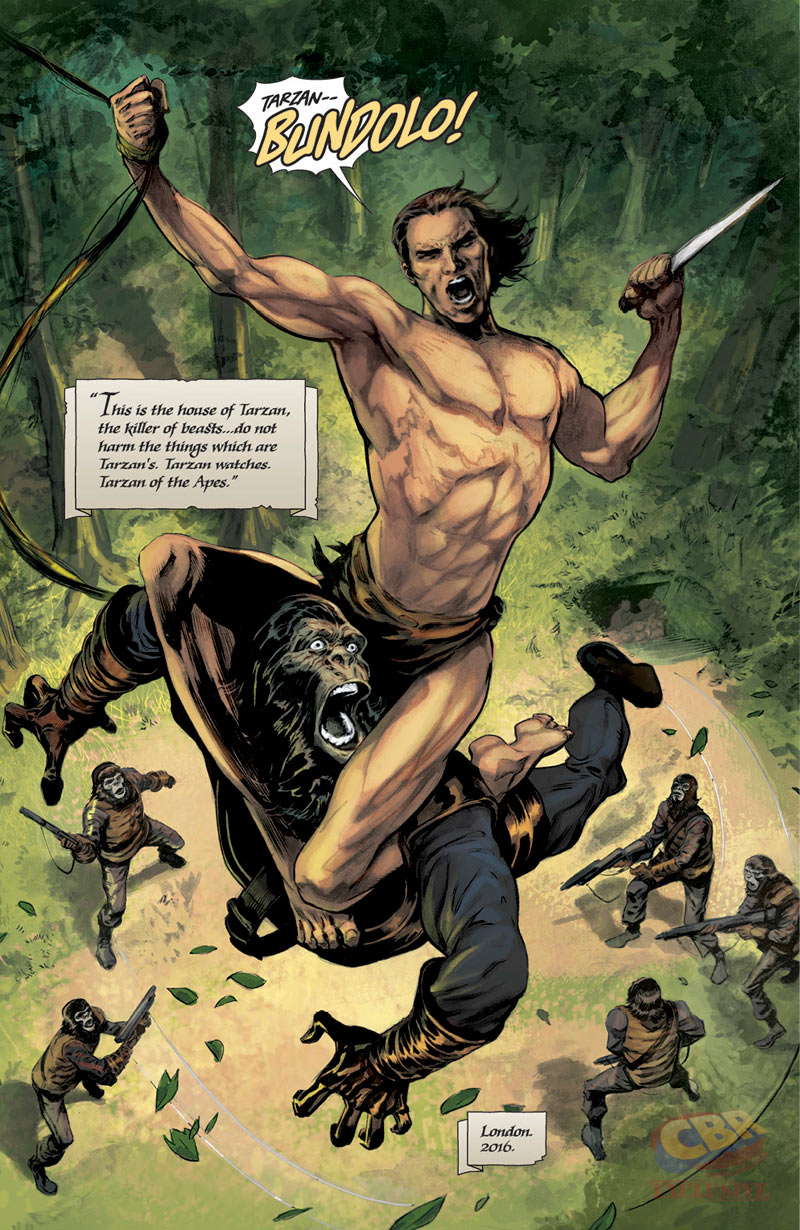