During last weeks epic live event Marvel Studios President Kevin Feige not only announced that a Black Panther was indeed planned as part of the studios phase 3 of its record breaking cinematic universe, but Chadwick Boseman, the actor whom will play the role was welcomed onto stage by Robert Downey Jr and Chris Evans. It was then announced that the trio will share the screen on May 6th, 2016 in Marvel Studios ambitious and promising Captain America: Civil War, a whole nineteen months before the Black Panthers solo outing. Speaking recently with CBR the American actor best known for his portrayals of Jackie Robinson (42) and James Brown (Get On Up) spoke about the role and joining the MCU as one of its most beloved characters... 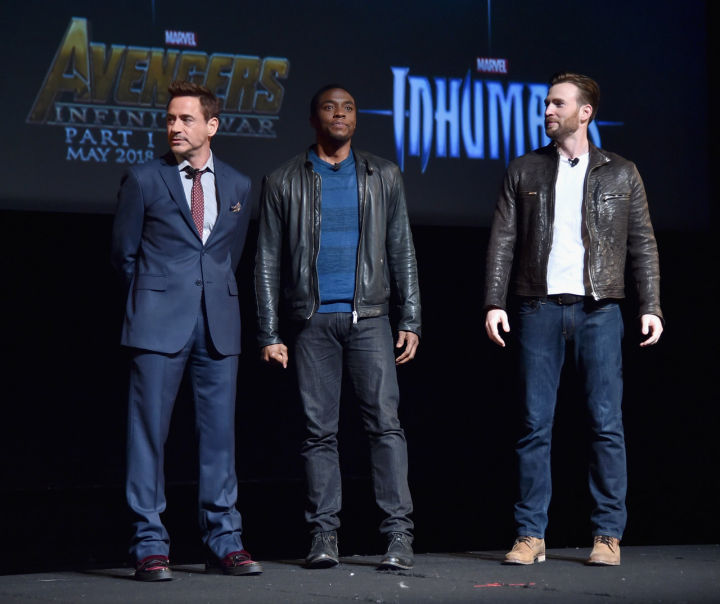 "The reaction on stage at the El Capitan Theater was, like, amazing. The way that Marvel set it up and wanted to surprise people with it, it was one of the best surprises that I've ever been a part of. I've heard from a lot of my friends, and a lot of people I don't know have congratulated me -- but I've actually not heard a lot from other people because I went away. I tried to get away from everything just to ground myself. But it's been amazing. I'm so excited! I'm ready to start right now, and they're telling me, 'Slow down a little bit!'" It's never been done....It's been done before in different ways, but it's never been done exactly like this. Wesley Snipes also had his own franchise -- you have to acknowledge that. You have to acknowledge what [Anthony] Mackie's doing [with the Falcon]. But this is a little different in the way that Marvel is presenting it, so it's amazing."