Recently Marvel hosted a special screening of Captain America: The winter Soldier to the press in LA. Despite that the journalists present are prohibited from posting full reviews of the movie until March 20th, many of those present tweeted their general opinion, and while we wont post a boring long list of all the tweets, the opinion of everyone that tweeted (that we could find) claim Captain America: The Winter Soldier to be the one of the best, if not the best movie to date in the MCU (Marvel Ciinematic Universe), with some even inferring it may even be comparable to Nolan's Dark Knight Trilogy. High praise indeed!

Also revealed via twitter by Hot Toys is their new toy figure of Black Widow from the upcoming movie. Once upon a time toys based on movie stars and other celebrities had only a passing resemblance, if that - sometimes looking quite comical when compared to their source, yet this toy shows the advances that the moulding process has undergone over the years with an almost perfect, somewhat eerie likeness to Scarlett Johansson... 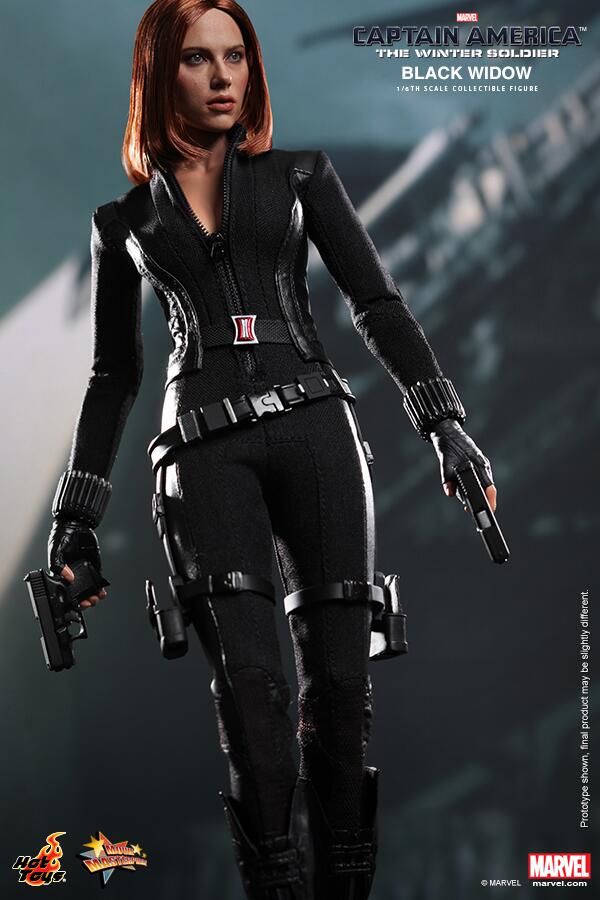 Finally, Disney and Marvel have released another short movie clip titled "In Pursuit", which shows the lead up to that scene on the rooftop where the Winter Soldier catches Cap's shield. Enjoy....