Now is the time that filming will shortly commence for all of next summers and 2016's big name blockbuster movies. Last years Man of Steel sequel, known as Batman vs Superman, which will star Ben affleck and Henry Cavill in the title roles (respectively) has announced via the Chicago Tribune that it will begin filming at the location used for the Kent Farm (pictured below), in Yorkville, Illinois. The majority of the movies filming will continue shortly afterward in Detroit, Michigan. 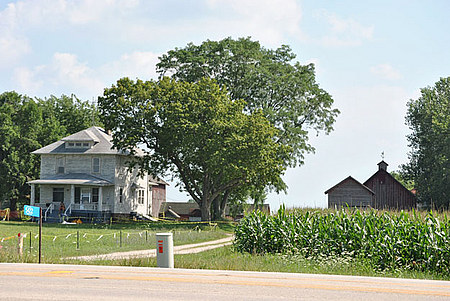