The Batmobile seems almost as imporant to the fans as the suit in which the caped crusader will don in whatever his next adventure seems to be. While early batmobiles were little more than customised production cars such as the one-off 1955 Lincoln Futura Concept Car (below, top left) that was used for the 1966-1968 camp, yet family friendly TV series starring Adam West and Burt Ward, it wasn't until director Tim Burton's 1989 big screen adaptation that the vehicle became a custom designed and built behemoth and an extension of the Dark Knight himself (below, top right). 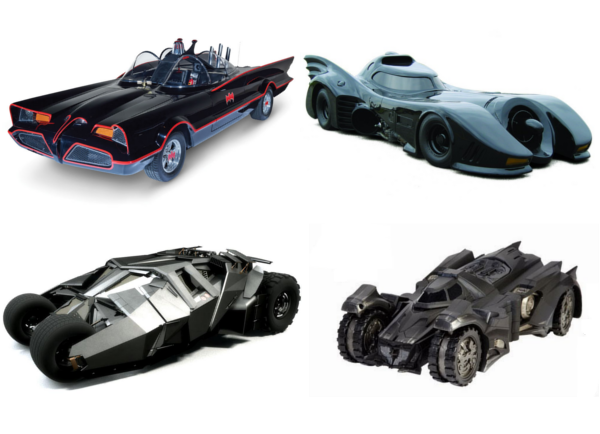 This iconic Batmobile was designed by Anton Furst, and buit upon the chassis of a Chevrolet Impala (Yes the same car from Supernatural). Then after various cartoon and atrocious movie variations on the same theme The Batmobile evolved into the Tumbler (above, bottom left). Based upon a lump of modelling clay shaped by director Christopher Nolan, production designer Nathan Crowley created a 1:12 scale model which was then used to develop a full scale styrofoam concept, which in turn was then used to help create the unique vehicle from scratch. The finished vehicle, in addition to a custom built chassis, front axle and body was driven by a 5.7 litre V8 Chevy engine and was able to reach a top speed of over 120mph. While elements of the Tumblers design can also be seen in the Batmobile that will be seen in next years finale to the Batman: Arkham video games, Batman: Arkham Knight (above, bottom right), it is with the Batmobile that is to appear in Batman v Superman: Dawn of Justice that an amalgamation of all previous designs can be seen. 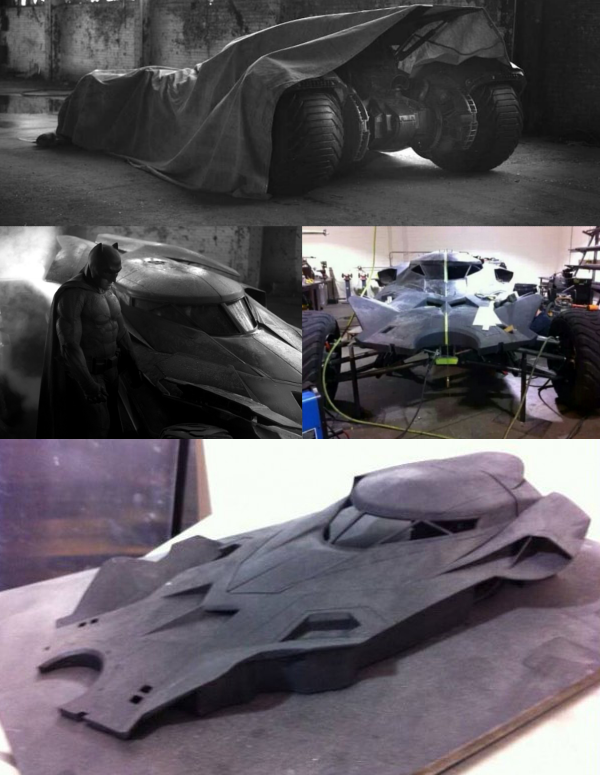 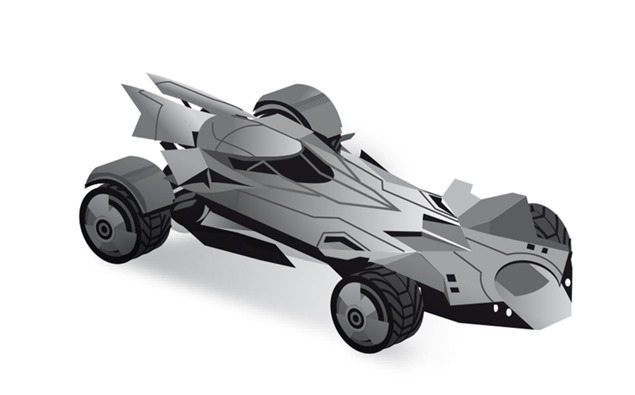 In the concept art above, based off the above previously realised pictures, the new Batmobiles body and wheels have a similar feel to that of the Tumbler, it shares a similar windscreen to Tim Burton's classic design and also seems to have many air-intake ports remiiniscent of the 1966 TV series original. Yet, the accuracy of this concept art is not guarranteed. But with news from OLV that this new Batmobile is to be seen on the streets in the Corktown district of Detroit from August 6th - 9th, we could soon have our first full pictures of the rendition of the iconic vehicle.