Yes, Rocksteady Studios return to the Batman: Arkham franchise has been delayed yet again, and this time they are giving us a June 2nd 2015 release date. Though to soften the blow as they did with the previous delay, they have also announced two new Editions of the game that are available for pre-order from your favourite video games retailer. 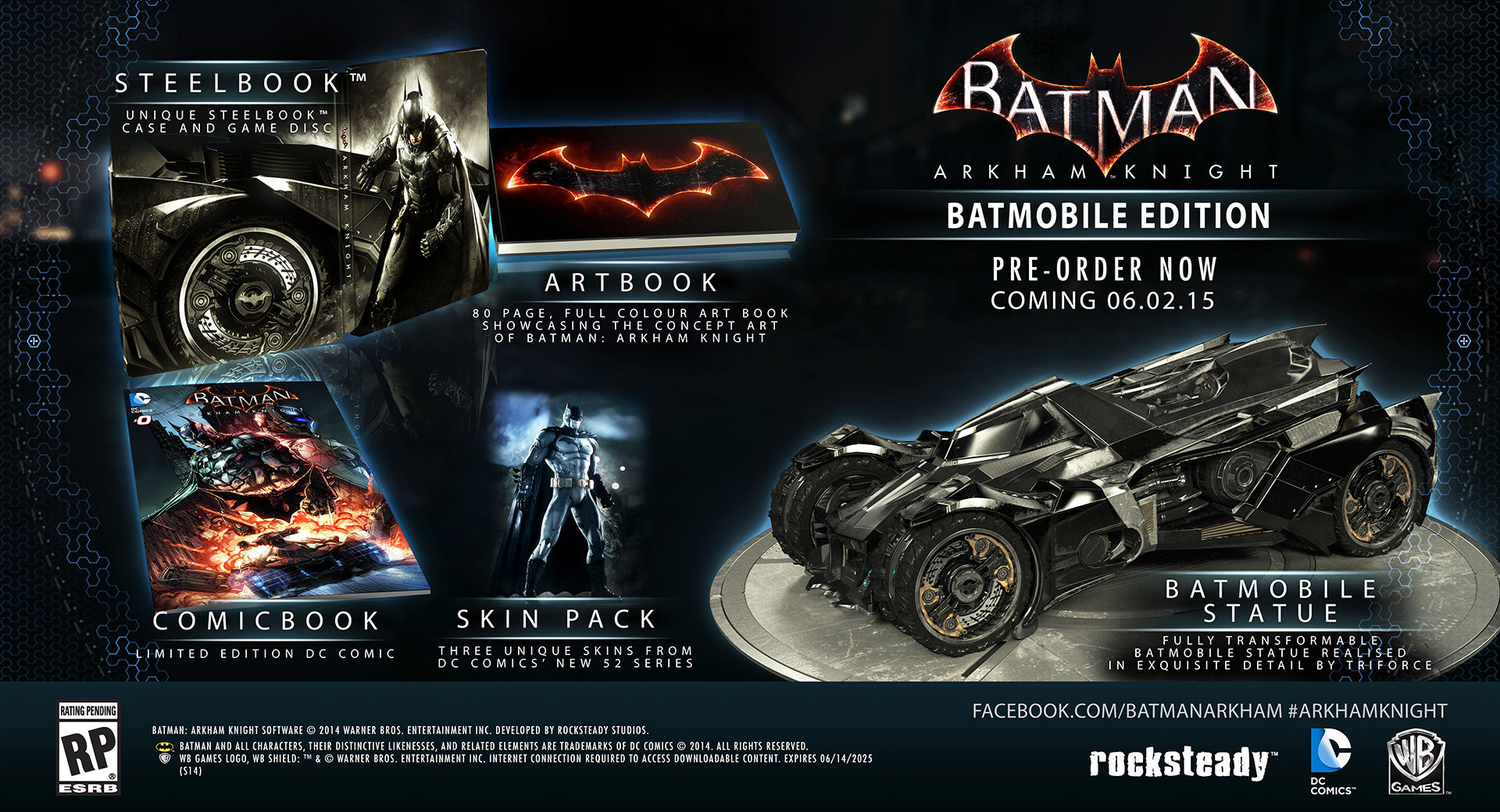 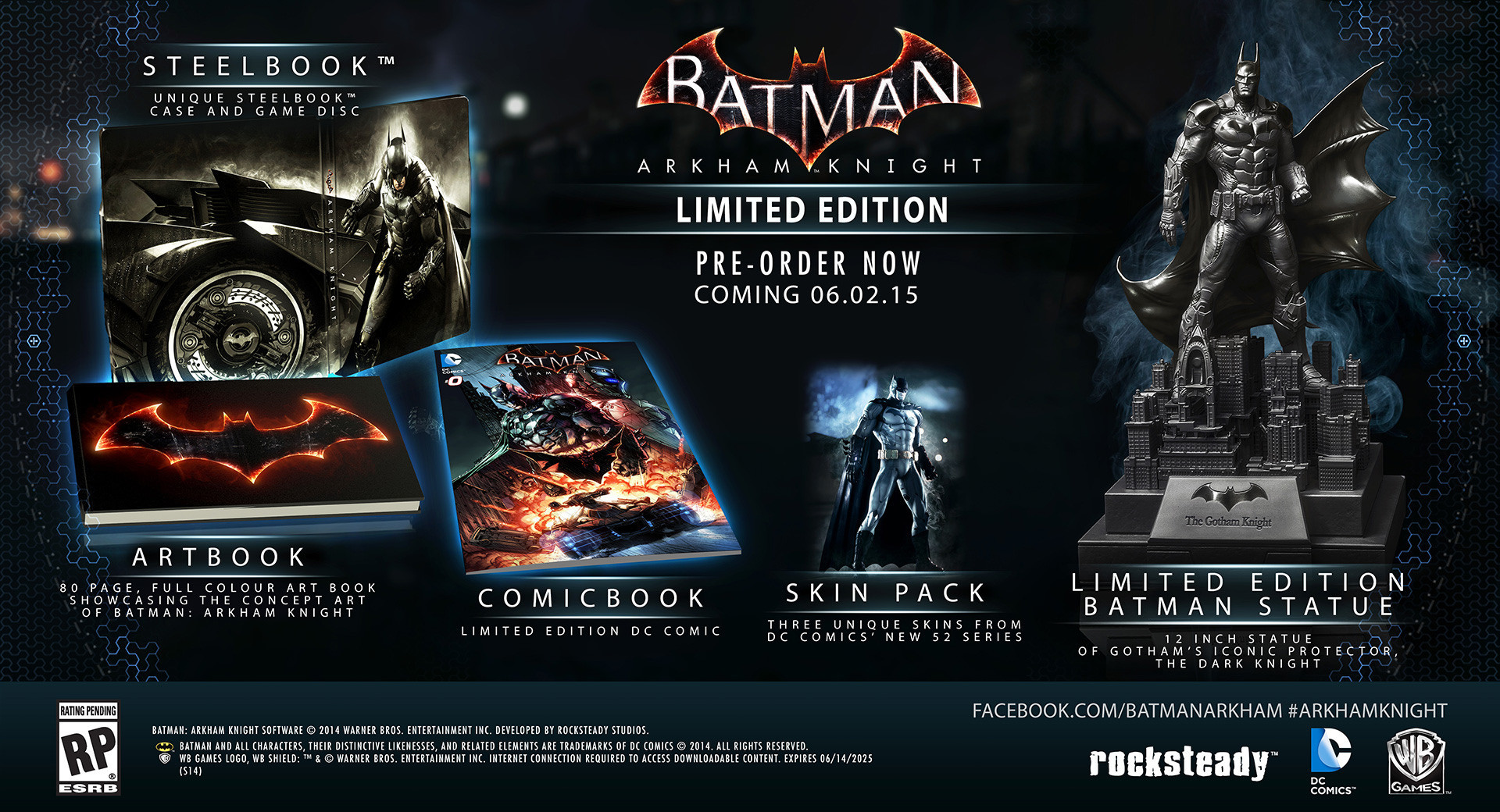 While we do welcome the news that Rocksteady studios is prepared to delay the game rather than release an incomplete game earlier, we do wish that the ever growing list of DLC's, editions and packs be sidelined, with more focus on the game of which we will actually be purchasing!