As 2015 comes to a close most news platforms and publications are running features highlighting the movies to look out for over the next 12 months. Although their are many promising movies due for release over the course of 2016, next year is undoubtedly the year of the comic book movie with seven movies based on comic book properties due for release.

One of the most anticipated of these movies is Warner Bros. and DC Comics' Batman v Superman: Dawn of Justicewhich will see Henry Cavill rturn as the man of steel facing off against Gotham City's dark detective portrayed by Ben Affleck. The oscar winning actor, writer and director was quizzed recently by EW about his characters role in the forthcoming DC cinematic universe...

“Batman represents human beings, mortal men,” he says. “In a world of Flashes and Aquamen and Supermen, there needs to be that guy. It’s interesting that he became the leader of the Justice League in the books – I’m not sure how that will play out here – but his humanity is also an asset.” 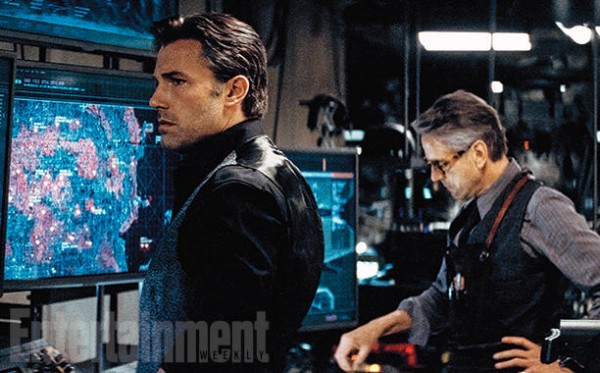 Starring alongside Affleck as his trusted guardian, friend and companion British actor Jeremy Irons (Die Hard with a Vengeance) will portray Alfred Pennyworth...

“Alfred is a lot more hands on in our film that he has previously been. He’s a bit of a grease monkey, and he’s very involved in the decisions Bruce makes.”