Head of production at Marvel Studios Kevin Feige was recently interviewed by JimmyO about the ensemble sequel and how the Hulk and Hawkeye will have juicer roles to make up for not having appeared in any other films since the last Avengers. Here's what Kevin had to say...

"It’s a good question. I would love to do that with Mark Ruffalo. But part of the fun of AGE OF ULTRON was saying, you’ve seen another IRON MAN adventure before, you see another THOR adventure and another CAP adventure," He then said "But we haven’t seen the Green Goliath again. So that was important in the characters you haven’t seen – Hulk being one of them and Hawkeye being one of them – ULTRON will make up for it. They have very big parts in AGE OF ULTRON." 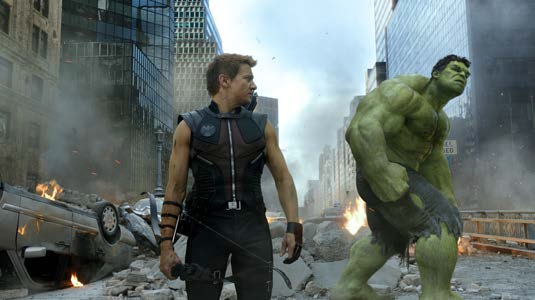 Also, according to the Korean Film Council, between March 20th and April 20th The Avengers: Age of Ultron will be filming in South Korea at the Jamsil and Mapo Bridges on the Han River; Cheongdam Bridge, Teheran Boulevard, and Gangnam Station, in the Gangnam district, Sangam DMC and Yongsan.