Earlier this week, Kotobukiya revealed the first of two brand new Batman: Arkham Knight ARTFX statues - the Arkham Knight. Now, the second all-new statue has been revealed and it's none other then The Batman!

Based off his appearance in the highly anticipated video game sequel, the statue has been manufactured in 1/10 scale and features a modular, customizable base that can link up with the previously revealed Arkham Knight statue to form a larger diorama.

A Kotobukiya Japanese import! The Dark Knight returns to Kotobukiya’s hit ARTFX+ lineup of superheroes and villains based on DC Comics characters, this time with Batman in his new armored costume from the Batman: Arkham Knight game. The 2015 installment is the fourth in the Batman: Arkham series and takes the Caped Crusader to a whole new level with a heavily armored look fully realized in this highly detailed 1/10th presentation. Batman relentlessly hunts for the criminals attacking Gotham City (led by Scarecrow and the Arkham Knight), and to do that must break down a few doors. Sculpted 1/10th scale by M.I.C., Dark Knight is captured in mid-leap as he flies through the air in a dynamic pose that’s sure to catch any collector’s eye! Every detail of his new armor is complete down to the heavy plating, segmented joints, the tread on his boots, the weight of his new cape, and of course Batman’s traditional scowl under his pointed cowl.

A first for the ARTFX+ series, Batman comes with a new modular base system that lets you customize your display with a wide range of options; display Batman breaking through a wall, vaulting over rubble, or in the middle of delivering a flying side kick! With multiple square and rectangular pieces plus a broken window, metal grate, and joint parts this set is all about building your own diorama base. Even better, you can really craft your own unique display by combining Batman’s architectural elements with those of his arch-rival the Arkham Knight (sold separately) and show off the two fighting in a rich and complex Gotham City environment! Lastly, as a special bonus every bullet hole in the walls of the diorama is approximately 4mm in diameter so it can also display Frame Arms model kits or Modeling Support Goods along with making it the perfect environmental display for other figures or ARTFX+ statues in your collection. 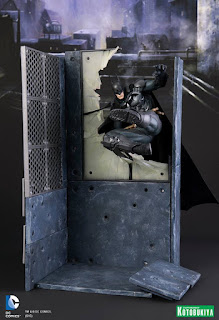 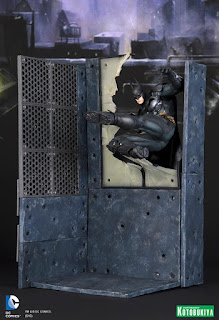 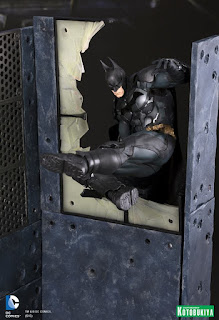 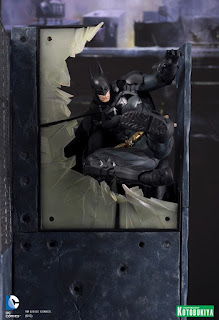 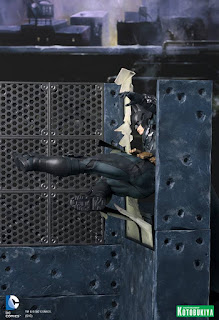 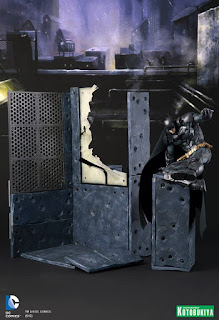 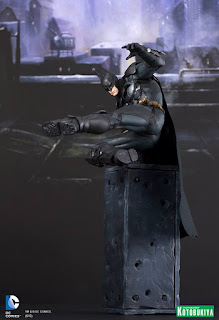 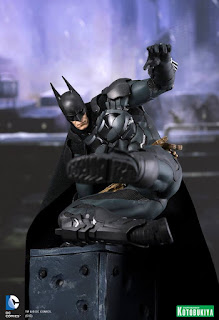 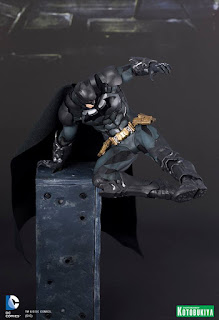 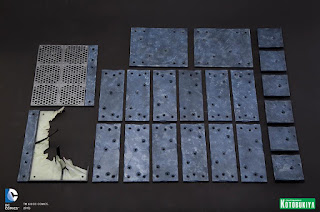 Look for both statues to be released this coming December. Each one will set you back about $84.99, but the duo is sure to look great in any collection!