I had the good fortune lately of being able to watch Terminator Genisys before its UK release date, and I made sure that my initial emotions had subsided before writing this in-depth review. If you just want to know my recommendation jump to the end of the review, otherwise – buckle up... 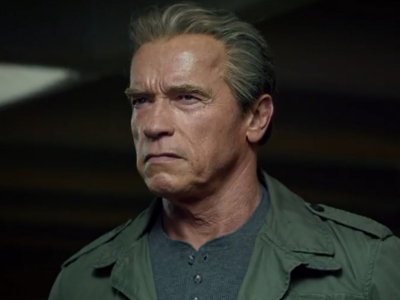 Arnold Schwarzenegger is back in the role he defined and the role he is most recognized for. The fact that it has been 12 years since he last played the role, and with the former bodybuilder, and Governor of California now in his late sixties, it is no surprise that the actors physical performance is not what it once was, but with his 'stiffness' inferred upon due to the long 'running time' of his character, what shines almost throughout the movie is Arnold's performance as the title character. While some of his jokes and one-liners may miss the mark, for 95% of the scenes in which he is present Arnold is awesome on screen, and will fill you full with nostalgia of his many iconic action roles from the past; that is how good his performance in this movie is. Simply put; one of Arnold's best performances to date.

Director Alan Taylor has directed episodes of some the most successful TV shows in recent years including Six Feet Under, Lost, The West Wing, Boardwalk Empire, Mad Men, The Sopranos and of course Game of Thrones. Recently the American director lashed out against Marvel Studios for their post production 'tinkerings' with his last movie Thor: The Dark World, a movie which has often been criticized for lacking in execution, scope and magnificence fans have come to expect in a MCU movie. If Taylor's accusations are true, and in light of the recent removal of Edgar Wright from Ant-Man, one has to then ask why a studio that has supported directors like Favreau, Branagh, Black, Whedon and the Russo brothers would feel the need to interfere with Taylor's work.

Unfortunately when watching Genisys, the answer becomes glaringly obvious. While Arnold may be on magnificent form, the fact that he is the only actor, bar J.K. Simmons, that is giving this movie 110% is a worrying prospect. Jai Courtney's Kyle Reese, the movies main character and through the eyes whom most of the movies events are perceived, performs his role in his usually lackluster, dry almost emotionless form. Much like Hayden Christensen and Taylor Kitsch before him, Courtney is no leading man. As for the Clarke's, Emilia and Jason both, despite not actually being related, recite their lines as though the movie is a pre-production read-through, with both clearly acting rather than living, becoming their roles. 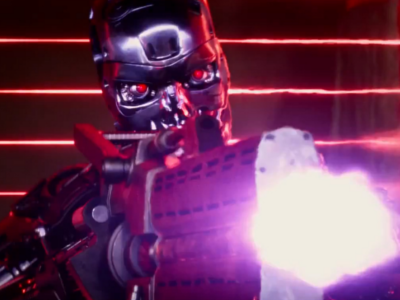 In the first two installments of this franchise so many performances stood out and are remembered to this day because the actors embodied their roles; Linda Hamilton became fierce, cold and hard edged, Michael Biehn looked as though he lived on a diet of rats, Arnold looked like he had a metal endoskeleton and Robert Patrick looked and acted as slippery as an eel. None of this can be said for the overwhelming majority of Genisys' cast. As mentioned Simmons does shine for the briefest amount of time he gets on screen, but his characters part is so small that if he had been edited out, much like Anna Paquin's involvement in X-Men Days of Future Past, the movie would fare no worse or better for his exclusion.

While director Taylor can only be held partially responsible for the shortcomings of his cast, he cannot escape his responsibilities as a director when it becomes apparent that the movie suffers from the same generic action photography, framing and execution seen in Thor: The Dark World. His direction of the cast, the crew and his execution of the script show that Taylor, despite his best efforts and intentions is a better TV director than he will ever be on the big screen.

There is No Fate

The script for the first two installments in the franchise were written by creator James Cameron and his friend William Wisher Jr. (contrary to reports producer Gale Anne Hurd didn't even lift a pen), with the last two installments being written by writing duo John Brancato and Michael Ferris (Surrogates). This time around the writing duties fell upon the shoulders of Patrick Lussier and Laeta Kalogridis. For the first half of the movie, despite the by-the-numbers direction by Taylor, the movies premise shows some promise and will even have hardcore Terminator fans slowly nodding in agreement upon the route the plot seems to be taking. Unfortunately the second half of the movies premise betrays that promise leaving a very muddled, tangled web that should you be bothered to unravel it, will simply crumble into dust under the slightest of scrutiny. 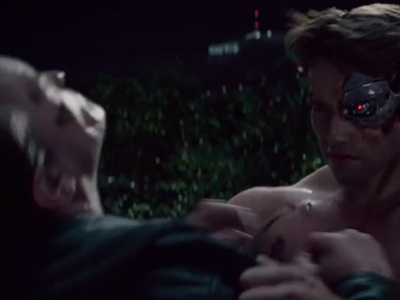 Turning a good premise into a bad one is worrying enough for the writers, but when you add together the countless mistakes and needless winks to the franchises predecessors, and then add on top of that the ideas recycled from previous installments, it all becomes clear that Lussier and Kalogridis only had a good first act for the movie and were clearly unable to create a fitting second and third act, upon which point they tried to reuse old ideas, but as with the movies countless winks to its predecessors, they fail in comparison to their original inspiration. Genisys is a re-imagining of Terminator 3's software AI, the T-3000 is little different to the T-1000, the highway time bubble scene wreaks of the Sarah Connor Chronicles, and despite the expense wasted the flat and overly shiny future scenes fall short of the same scenes Cameron created in 1984 on a shoe string budget, never mind the more explosive, skull crunching re-imagining he created in 1991. 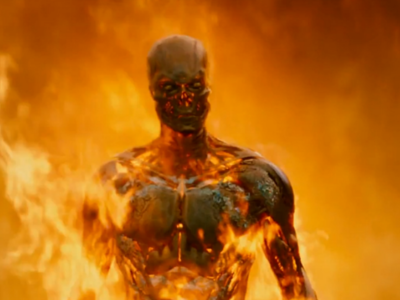 I will give my recommendation twice, once for the average movie goer to whom all the model numbers and time-line paradoxes mean little to nothing, and then I will give my opinion again for the Terminator fans, those few among us that have suffered many a migraine trying to unlock the secrets and symbolism hidden with the franchise...

In short, Terminator Genisys is a moderate, average, passable action movie. The action is executed, er, it's just executed, the same of which can be said with most of the acting, the direction and the script. Arnold is awesome in this movie, but even the Terminator himself cannot save a mediocre movie from its own fall from grace. In all honesty, I'd recommend maybe renting the movie in six months time, or catching it once it hits the small screen, but with the movies sub-par performance across the board I cannot recommend anyone pay the high price of a cinema ticket for this movie.

This is the one most of you have been waiting for; my honest, no holes barred opinion of Genisys. As I've already said Arnold's performance is awesome, its not his best in the role, but its not his worst by a long stretch, and the premise of the first act is interesting even for hardcore fans, but... 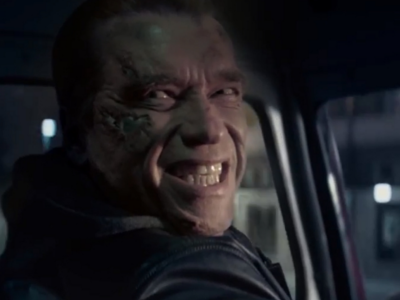 This movie, to a fan of the franchise is a big middle finger to the first two, and best installments wiping them from existence before then recycling ideas from the last two installments in an attempt to confuse and dazzle the audience. Yet past all the cheap tricks (and when compared to previous installments all the callbacks, recycled ideas and winks are nothing but cheap trickery) There is no escaping that the movie screws up is own attempt at re-writing the time-line, not once, not even twice, but an amazing three times. Yes Cameron shot himself in the foot at the end of Terminator 2, but he only fired one bullet, not three. I'll cover what exactly these are in another article, but lets just say that two of these 'whoopsies' by the writers actually make the second half of the movie impossible. While terminator 3's humor may have grated the nerves of some, and the pointlessness of Salvation was just pointless, but Genisys is needless addition that doesn't even work and should be immediately retconned out of existence in much the same way it attempts to erase the events of the first and best movies that made this franchise.

SasquaDash replied to Would GvK have been a satisfying ending for the monsterverse.
More Activity