The last few months have been a trying time for dedicated Star Trek fans. The announcement of a new TV series due to air in 2017 and the unstoppable new movie franchise have been both the focus of fan hope and a source of disappointment for some. The official makers of this all new material are under pressure – from Paramount Pictures, CBS and that nebulous force, “the Market.” Even long-time Next Generation writer Bryan Fuller, the new series’ show runner, must be feeling it. No matter how much you’re dedicated to the huge Trek universe, is that all you need to make a good Star Trek story? This brings us to the latest movie installment, Star Trek: Beyond.

To what degree did the recently released Star Trek: Beyond really deliver the fully thought-through, concrete sci-fi world that the fandom expects? This question seems to be increasingly at the forefront of the criticism levelled at the film. Or, if purity isn’t the issue, a commitment to any one aspect of style or content seems to be missing, at least for some reviewers. It can be difficult to keep track of such a huge universe, especially one with so many different timelines. The reboots have played with and referenced this proliferation of material. In fact, in a recent BBC radio interview, Chris Pine and Zachary Quinto claimed that the focus of Beyond was on regaining some of the charm of the 1960’s original. They also mentioned the sad passing of Anton Yelchin and Leonard Nimoy, to whom the film was dedicated. So, good intentions and nods to the past. But somehow it didn’t quite work. So what should the next instalment of the reboot movies try to get right? In my opinion, there should be a different focus on time travel, more philosophy and more nods to the past, even if it means watching the crew playing poker.

Poker is the Measure of a Man

No really, this is one of the most charming and clever aspects of Star Trek. The Next Generation poker scenes are legendary, and often act as signposting for the theme of the episode to come. 5 Card Stud or 7 Card Hi-Lo, both games played on the Holodeck showed us Data’s mind at work and staged a discussion on AI and empathy that applies to current technological developments in multiple ways. These are but different variations of poker, although in real-life 2016, the most popular one by far is Texas Hold’em. In these scenes we weren’t really shown the action on the felt, which, if audience attendance of poker events and Twitch views are anything to go by, is quite popular. Instead, it was a way to for the crew to let off steam and more importantly, interact in a relaxed situation, offering viewers lots of insight into their characters.

In the episode “The Outcast”, a game of poker helps the crew to look differently at gender. To those unfamiliar with the Star Trek universe this could be surprising. However, it has been par for the course until quite recently. We were sad to see the lack of poker in the reboot movies, if only because it represents another erosion of the storytelling that made earlier Star Trek iterations great. Yes, film perhaps demands a different kind of method to show character. However, the degree of intellectual effort it takes to follow a poker game on-screen is hardly equal to that needed for catching a one-liner. Another indication that films are too dumbed-down? 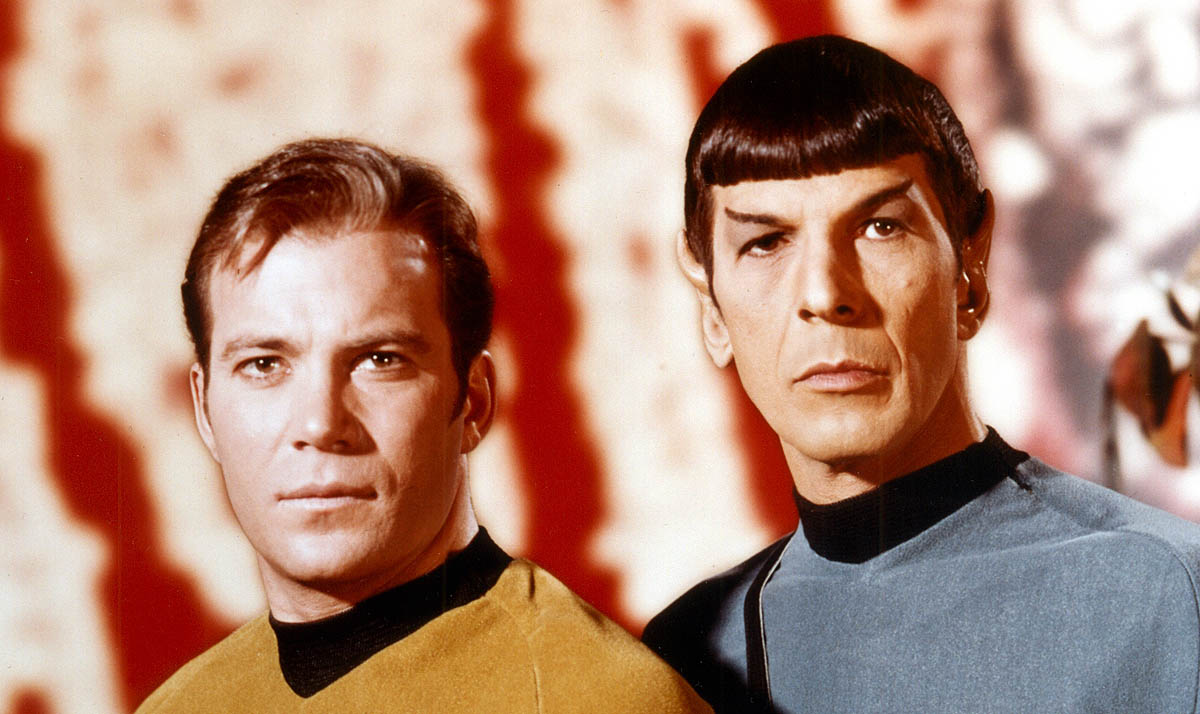 Easy on the Time Travel

This is more of a challenge than a directive. Can we see what else can be done in the rebooted universe, other than sending various crew members whooshing through time? It’s cool, and in the 2009 outing this device resulted in a moving cameo from Leonard Nimoy. With news that Chris Hemsworth is set to return as Kirk’s father in the next movie, we can only speculate about the possibilities; will Jim end up in the middle of his own timeline? Maybe Dad will find himself thrown into the future, or will it be subtler than that?

Our hopes are that the writers will go with a flashback structure, which might allow for more character development. Then we may even get a more fully-realised world, as we learn about the particularities of the Kelvin timeline. The beauty of the time travel plotlines in Voyager and The Next Generation is their use as speculative dystopias, or devices for revealing the hidden depths of the crew’s relationships. In the post-Marvel world, movie plots have to be consistent, leaving time travel as merely instrumental.

The Philosophy of the Original Series

One of the most absorbing scenes in Star Trek: Into Darkness is the moment Khan reveals himself, and explains to Jim why he has taken his terrible revenge. Kirk, for the first time in this movie, at least, is faced with a fairly standard ethical dilemma. Is the man who committed a crime for his people in the right, or should Kirk believe that his mentor is morally unimpeachable? Moral complexity is a welcome theme, and a familiar one in the Star Trek universe.

The unfortunate fact is, it took quite a while to arrive, amid J.J. Abrams’ skilful mix of slick action-led storytelling. In Beyond, Justin Lin wanted to focus on building a great ensemble, but there is one character the reboot films routinely miss; it’s the provider of wisdom and humanity, Dr “Bones” McCoy. Yes, he does feature, and there is some great banter between him and Spock, which recalls the original series. However, as this fantastic article argues, McCoy is there to even out the Spock-Kirk bromance, and to temper Spock’s cold logic. We’ve said it before: More of this please.

There’s no doubt that the Kelvin timeline is its own thing, and deserves to have an identity distinct from the previous movies, as well as the TV series. The question is, how far do you go in terms of storytelling and style, character and plot before it becomes unrecognisable? Critiques can come from casual audiences and the fandom alike, and the two groups risk discounting each other’s issues. Maybe the future of Star Trek should be in the spirit of Gene Roddenberry himself, as we all try to share our enjoyment and ownership of the universe. As Bryan Fuller (in whom we trust) has said, “there is an entire universe out there of different varieties of people – and all of them are okay”.

Being a lifelong Star Trek fan, it’s hard for me to speak to what the reboot movies need, since I’m not a fan. I was not thrilled when the decision was made to re-cast the original characters and retro tell their stories (albeit in an alternate timeline). For me, those characters will always be the actors that played them originally. To be fair, I think on the whole the casting was pretty good, and I like Zachary Quinto as an actor, but his emo Spock is like nails on a chalkboard to me. I can’t stand the whole Spock/Uhura thing either. It’s probably me, but those movies just don’t “feel” like Star Trek to me.

As for improving the movies, the thing that drove the original ST as well as the Next Gen, were the characters and their relationships; their dynamic together. We got to really know them over the course of years through the many episodes of both shows, and then eventually into the movies. We saw time and again, the sacrifices that were made in the name of friendship, love, and loyalty. In fact, the very best of Star Trek has always been on TV. That’s where stories can be told, without the constraints of who the “villain of the week” was. The movies have really just served the purpose of introducing a villain or catastrophe that calls the crew to action. I get that. You have a movie every 2-4 years. It needs to make an impact on the audience, so they’re getting their “bang for the buck.” You’re also trying to reach a wider audience, not just ST fans. They’ve all done that, with varying degrees of success. Everyone can pick the good with the not so good. ST: The Motion Picture, for all its criticisms, is probably the best concept of all the movies. The only problem was it shouldn’t have been a movie. It would have been an excellent 2 or 3 part episode arc in any of the series.

In spite of what I think about the reboot movies, they need to keep furthering the characters relationships. Those are the things that will endear viewers to them. Even moreso, the writers need to stay original. Please no more rehashes of classic stories or villains; they’ve been done, and better before. No more time travel either! If you’re going to do an alternate timeline, come up with alternate and original stories. Here’s the chance to do something new.