Since the Power Rangers movie is in full production it has gotten me thinking of all kinds of childhood nostalgia.  Like the great toys that came from the 90's Power Ranger rage!  Some of my favorite toys as a kid were my Power Ranger figures.  I decided that I am going to share a couple of my favorites (whether you like it or not!).  Lets go!

Awwwww yeah, these action figures were the bomb!  The advertisement tells you all you need to know!  Not only are they 8" replicas of your favorite Power Rangers, they also had karate kicking and chopping actions to boot!  I can safely say that these were some of my absolute favorite toys as a child and all the kids in the neighborhood were jealous (or atleast that is what I thought)!  Anyways, a great toy.  Moving on! 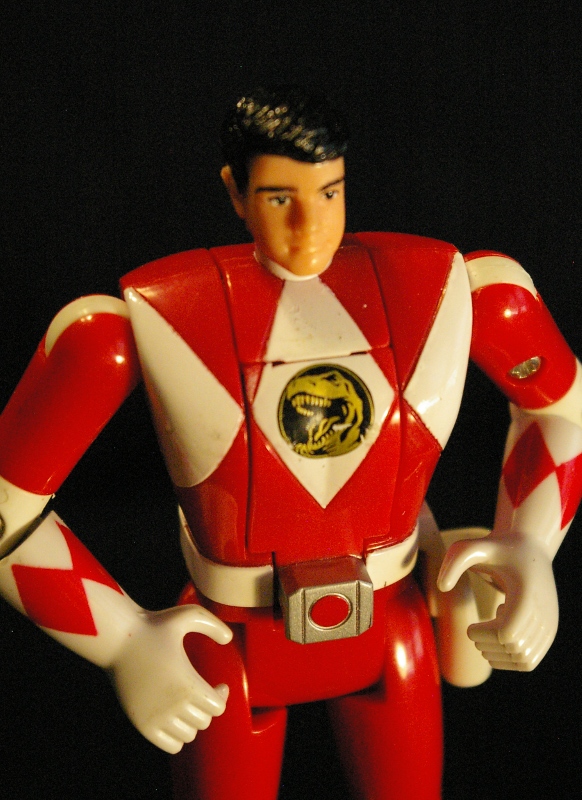 Another great toy from the Power Rangers.  Now let me expalin this guy, you press the button on his belt buckle to make his head flip and change either to masked face or unmasked face, so high-tech!  Obviously my child self had to explain why his chest opened up and another head appeared, so I usually went with that he was some type of android, duh!  This guy was a staple in my toy box and I know that I put it to good use!

I wanted to start this article because I hope that it spurs on some conversation about what your favorite Power Ranger toys/merchandise was as a kid, so please add on!  Also, my examples were from the 90's because that was when I was a Power Ranger fan, I know that there were many other seasons and versions of the Power Rangers so feel free to share those as well!  It would be awesome if a younger user could come in and educate me on more recent Power Ranger toy/memorabilia!

Thanks for reading and may the power be with you!