Recently a plethora of photographs have been snapped of Ryan Reynolds in full costume as Deadpool while on location in Vancouver, Canada. The costume on display is exceedingly faithful to the comic book original, and with Reynolds devotion to the character having contributed to the film actually getting greenlit many fans are expecting something special when the movie hits theatres next February. But what exactly do these snapshots of the movie in production tell us. 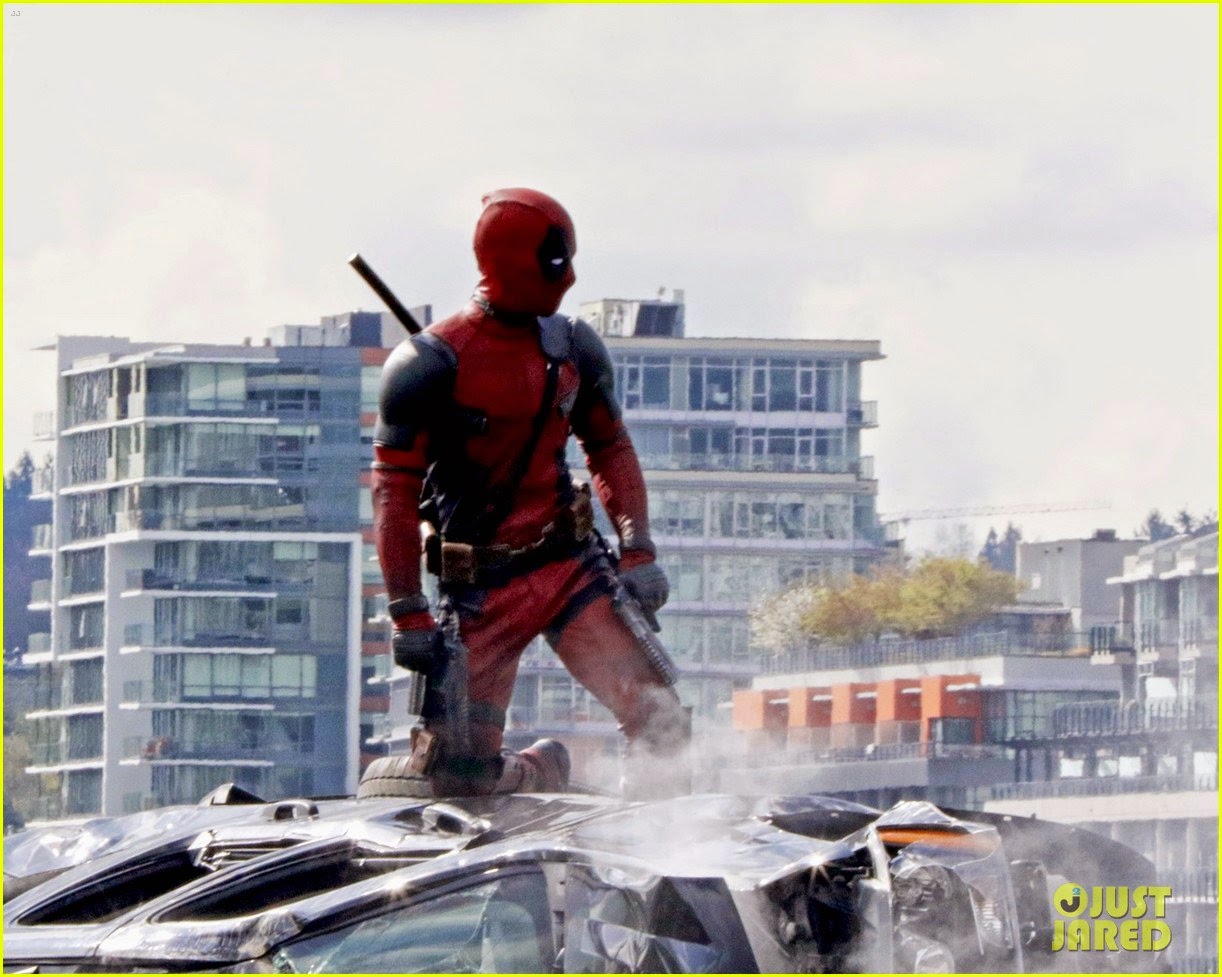 The well circulated test footage that also contributed to the movie getting green lit showed Deadpool ambushing a gang of goons inside an SUV. It seems as though the test footage wasn't just a random experiment but the fleshing out of a scene from the script for the movie, with SUV wreckage on location suggesting the scene from the test footage has been reshot and in all probability expanded upon. 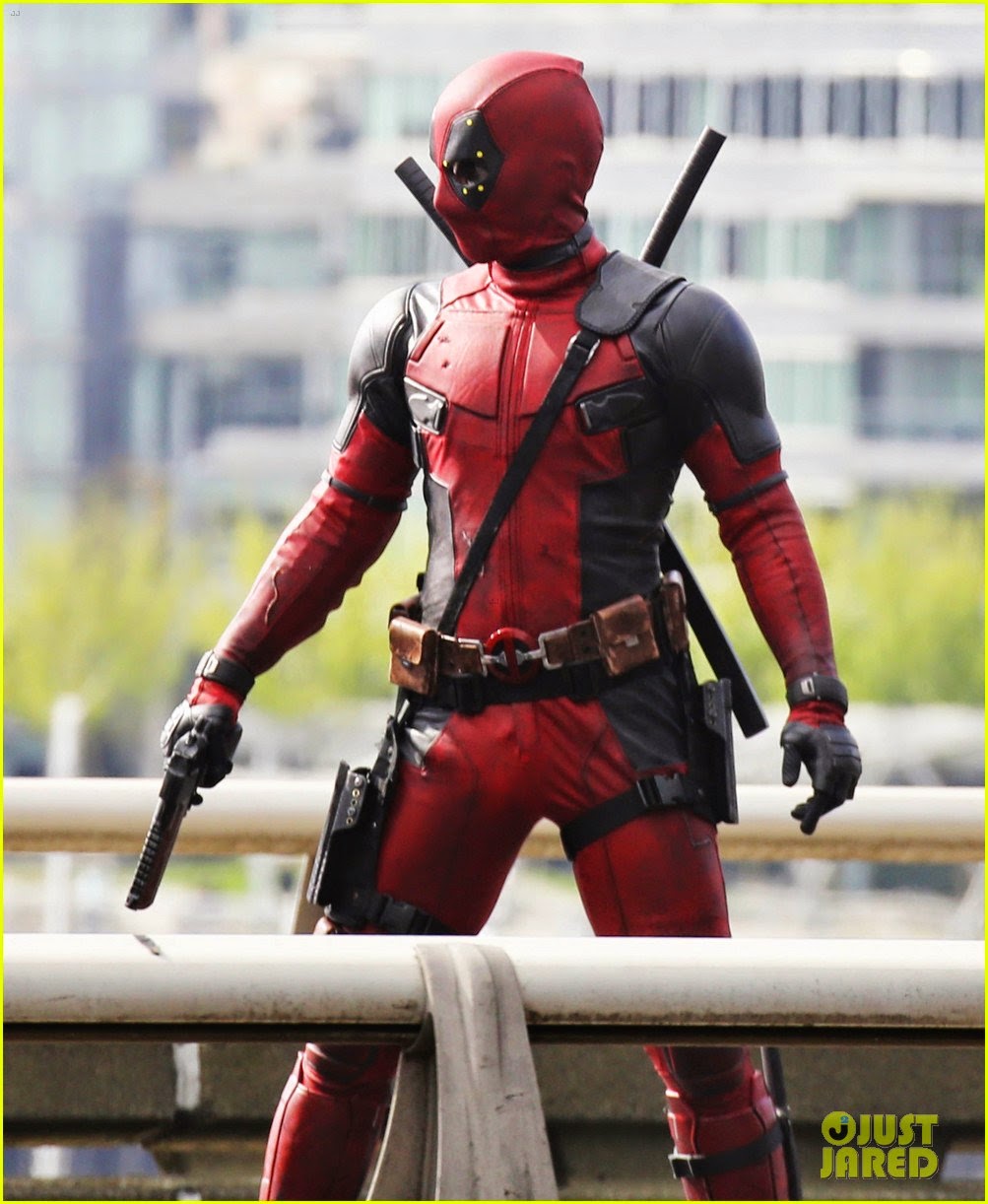 In a few of the pictures markers can be seen on the mask being worn by star Ryan Reynolds. these will no doubt be used in post production to manipulate the costume to make the eyes more expressive as seen in the comic books, cartoon appearances and recent video game outing of the character. 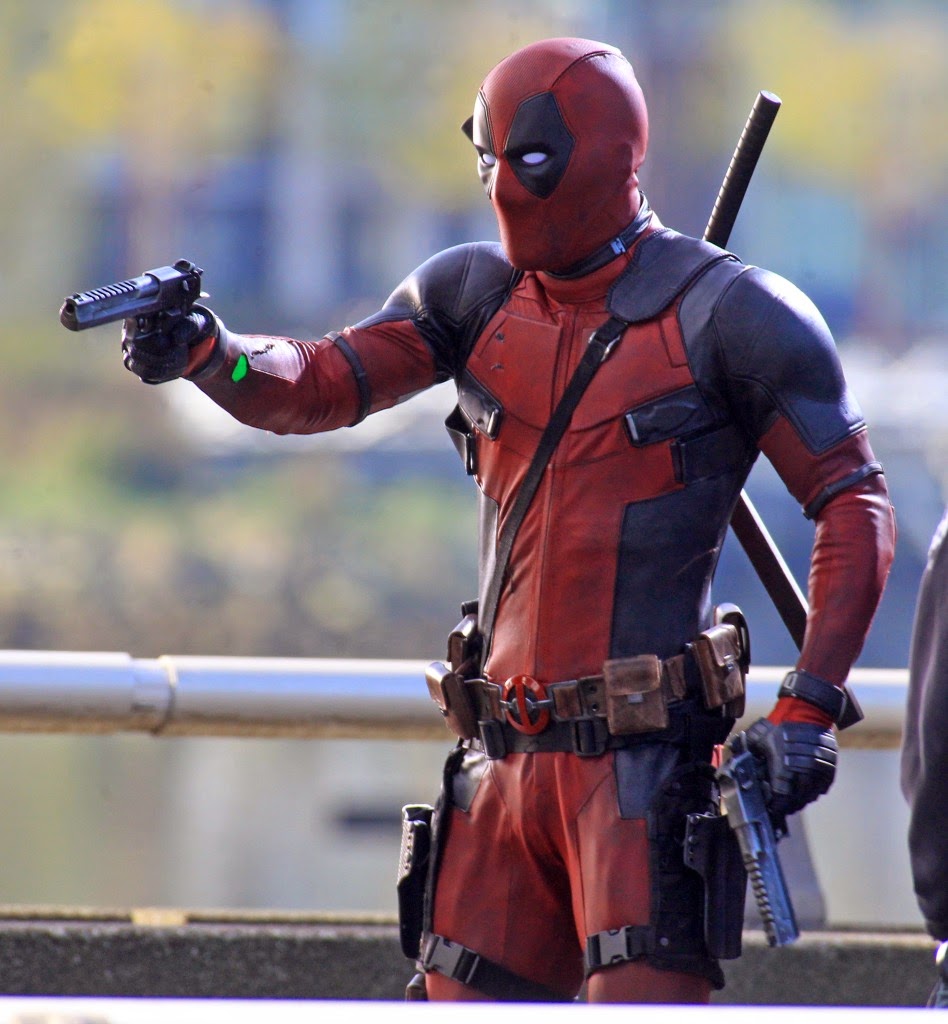 Though we actually doubt that Deadpool will actually use web shooters the placement of the well known green sleeve markers on the wrists of the new suit have us perplexed, unless of course this could be part of Deadpools teleportation device, but wh is it being recrated digitally. 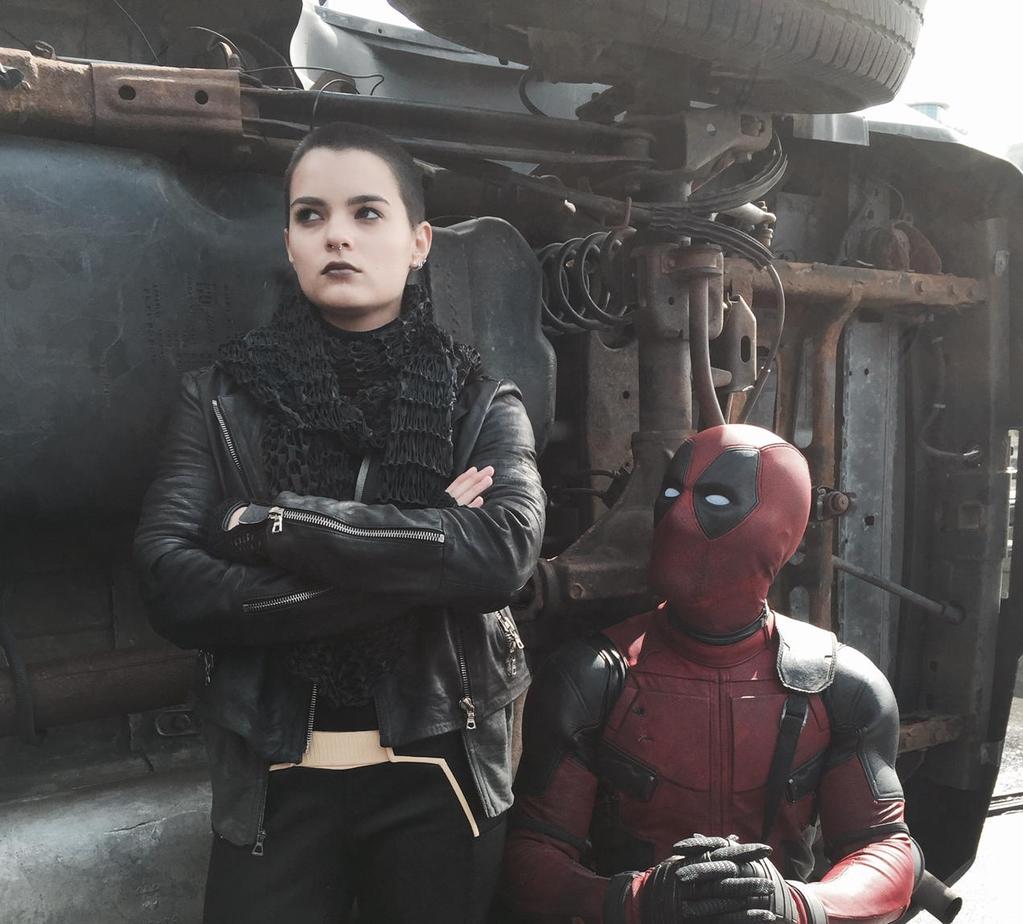 In another pic grabbed yesterday it seems as though in addition the Weasel, portrayed b T. J. Miller, Rand Reynolds Deadpool may be supported by Negasonic Teenage Warhead, portrayed by Brianna Hildebrand.

Unfortunately the pictures captured thus far dont really give too much away aside from the evident awesomeness of the suit being worn by star Reynolds. Hopefully as production continues mabe we will get a little glimpse of other characters and locations.