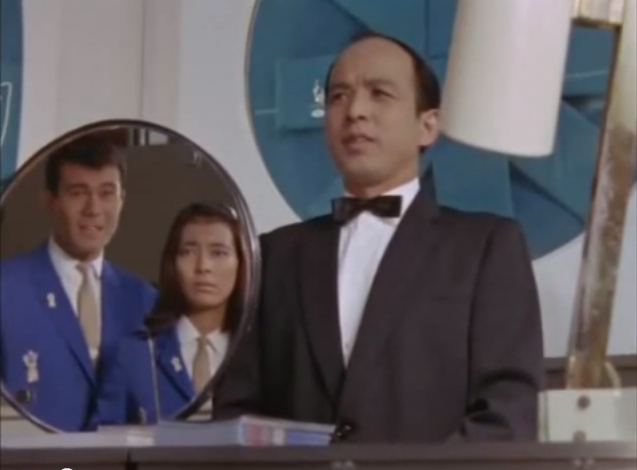 Sometimes, amongst the suitmation, miniatures and characters in tokusatsu, we forget that there is actually a film crew working hard at their job. These men and women have no illusions of what they're making --largely stylistic, campy entertainment-- but that doesn't stop them from delving into strong artistic visions and cohesive visuals.

In the case of cinematography it's more than just pointing a camera at a subject and filming the action. Film directors work with their cinematographers, more appropriately called directors of photography, to frame subjects and action in fresh and inventive ways. Ultraman (1966) was ground zero for experimental work in the Japanese sci-fi/fantasy genre. This included photography.

Ultraman episode 14, "The Pearl Defensive Directive", featured a strange story about a monster, Gamakujira, who consumes pearls from the sea. Science Patrol member Fuji shows a great deal of vanity in wanting the monster destroyed for consuming pearls that women love. Ultraman makes one of his shortest appearances to defeat the monster.

Directed by Akio Jissoji, it's not a particularly strong entry in the series. Episodic themes and narrative merit aside, the episode is one of the most strategically shot capers in Ultraman. Jissoji makes a conscious decision to frame the characters' reflection throughout the episode. Both the Science Patrol and helpless victims are shot in mirrors, reflective car hubcups and through windows. 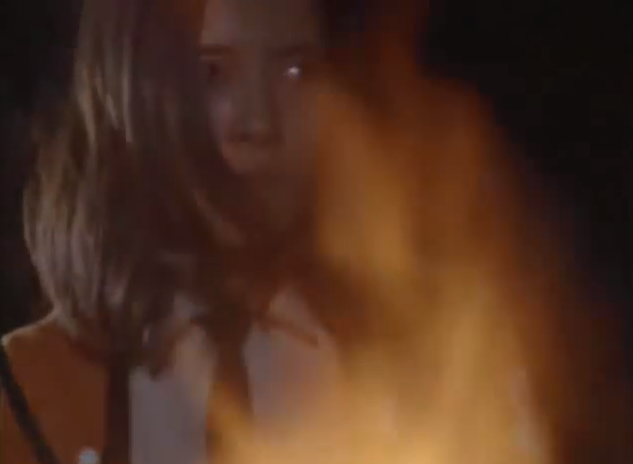 When glass or some other reflective object isn't being used to capture the characters, we're typically given extreme closeups. The impressive thing, despite the tight composition of closeups, is Jissoji always manages to sneak foreground objects in frame to give shots a sense of depth: The VTOL dashboard just below Hayata's chin. The flames of a campfire in front of Fuji.

Even the shots of Gamakujira are framed extremely tight. This works for and against the monster design/costume, but that's beside the point. The monster is treated with the same camera work that the human characters are. One of the few wide shots includes Gamakujira resting on a rock with the moonlight beautifully reflecting on the ocean next to him-- again, a reflective image sneaks its way into the show.

Series cinematographers Masaharu Utsumi and Yasumichi Fukuzawa likely worked with Jissoji on this episode. (Though information is sparse. It's unclear if the director worked with one or both.) I'm not entirely certain what they were trying to do by using close shots and reflective material. Perhaps they wanted to tie the look of the episode with the subject of pearls; finding a glossy reflection in pearls requires close observation, thus inspiring close-ups and the use of mirror-like objects. Whatever the case, Jissoji's director of photography did a commendable job giving this episode its own style.

It seems like a small thing to notice in the grand scheme of Japanese special effects and giant monsters, but it's worth noting that thought is still put in to these kinds of things. Director Akio Jissoji's vision of this particular episode made an otherwise bland story stand out in a sea of fan favorites. That's the sort of filmmaking merit overlooked by both fans and critics of the genre. Just a reminder that the lense you watch these monsters through is as important as the battles they fight. 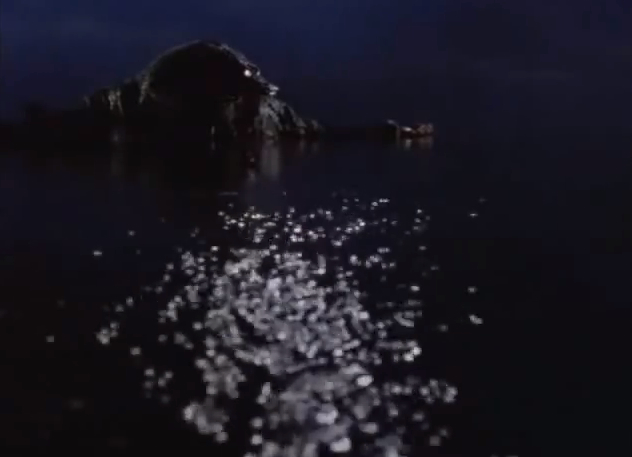