While the ending to 2010's Tron Legacy opens up a whole plethora of possibilities with Quorra (Olivia Wilde), an ISO program capable of existing in the real world as a human. It is the lesser known secret ending to the movie that implies the possibility of a sequel, showing an online chat discussion with Dillinger Jr. (Cillian Murph) son of Dillinger (David Warner); the villain from the 1982 original, as he converses with his father, mysteriously identified as MCTRL_751 aka the Master Controller, Encoms AI and previous ruler of the Grid before CLU (watch it below)...

There have been many rumors since the 2010 sequels release of a third instalment, with director Joseph Kosinski eager to return. Recent reports (see tweet below) suggest that not only are the majority of the cast on board to reprise their roles, but also that the movie will be subtitled Ascension, with filming due to begin this October in Vancouver, Canada until February next year, with a likely late 2016 release date. These reports however come from an unnamed source; Disney have yet to official confirm anything.

Joseph Kosinski’s TRON: ASCENSION is planning to film in Vancouver from Early-October 2015 thru February 2016. http://t.co/ihBaFAc3O5

THE STORY SO FAR

The 1982 movie Tron starring Jeff Bridges and Bruce Boxleitner has since become a cult classic and an icon of nerd and geek culture. The movie used computer animation and live action to portray a fictional world known as the grid, a living virtual environment inhabited by programs and the 'avatars' of users. In the 1982 original Kevin Flynn (Bridges) is thrust into this virtual world when trying to hack the encom servers to prove his ownership of the software Encom's senior executive Dillinger (Warner) used to attain his position at the company. Within the Grid, Flynn meets Tron (Boxleitner) and the two escape the gladiatorial 'games', used by Encoms AI known as the Master Controller to destroy wayward programs. Flynn and Tron then fought back against the Master Controller and Sark (Warner), destroying them both and freeing the Grid from their oppression. 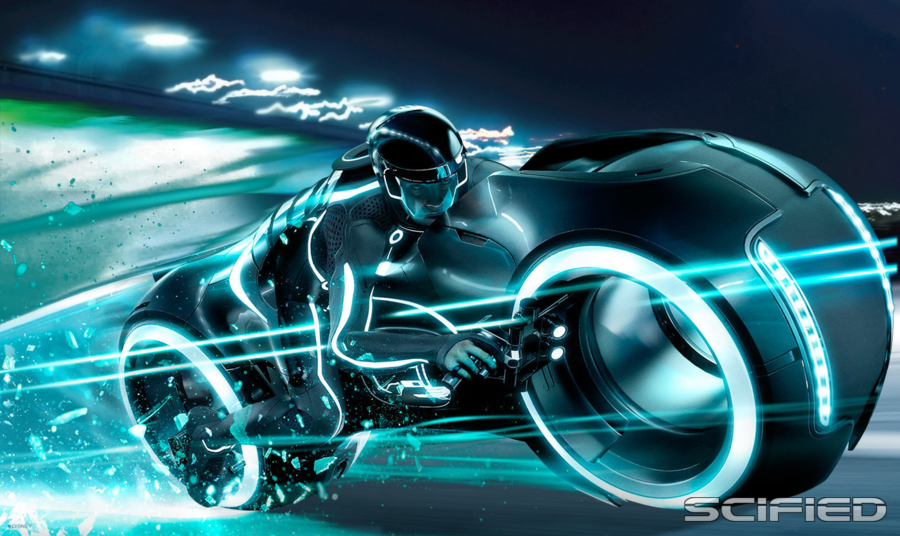 Our mock up of what a light-cycle would look like on a highway!

In 2010, Tron Legacy was released to a mixed reception. 20 years after the mysterious disappearance of his father Sam Flynn answers a pager from his father originating from Flynns abandoned arcade. Inside Sam is digitzied and appears in the Grid, where the security programs catch him and force him to compete in the 'games'. Injured in a match against the games champion Rinzler Sam is revealed to be a user before being rescued by Quorra whom takes Sam to meet his father. Sam learns from his father that CLU, the ruler of the Grid was once the program he had used to hack the Encom mainframe, but the program had become corrupted. Together with Quorra and his father Sam heads to the I/O portal to return to the real world but is pursued by CLU and Rinzler. Rinzler, revealed to be Tron retaliates against CLU giving the Flynn's and Quorra chance to reach the portal. Sacrificing himself to save his sons life and the Grid Kevin Flynn reintergrates with CLU, destroying them both. Back in the real world Sam leaves the arcade with Quorra. I can't wait!! Tron (legacy and original) are 1 of my fav movies of ALL TIME